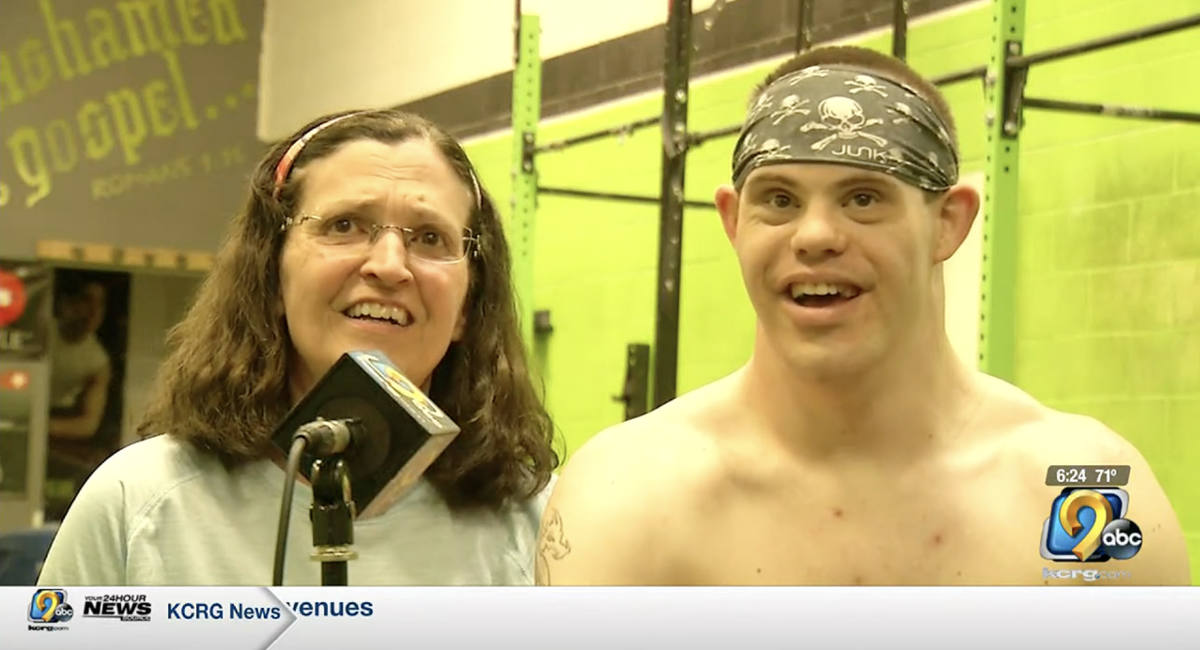 A young man with Down syndrome has found an incredible community, thanks to the local CrossFit gym. Nevin Smith, 31, started working out at CrossFit The Challenge in Cedar Rapids, Iowa, five years ago. And in the beginning, it wasn’t easy.

“When he first started it was really a challenge,” Andrea Janzen, co-owner of the gym, told KCRG. “He had a hard time comprehending, and just executing most basic movements. Over time, [he was] just be able to pick stuff up, get more confident.” What helped was Smith’s determination; he never missed a workout.

One of his coaches and the other co-owner of the gym, Coco Janzen, said Smith is never hesitant to try a workout, no matter how hard it might be. “Other people see him pushing. It is contagious,” she said. “I mean, if he can do it, there’s no excuses for anyone to not even try.”

Smith even competed in the CrossFit Open in the adaptive division, finishing third in the U.S. and fifth in the world.


It paid off, and in more ways than just fitness. “When Nevin first started CrossFit 5 years ago, he was rather horrified with “melting” (i.e. sweating),” his mother, Laurie Smith, wrote in a Facebook post. “Now… he understands it is a by-product of working hard and he no longer calls it ‘melting.’ Continued progress!!” In another post, she shared photos of him kayaking, something she said is also possible because of CrossFit.

She also wrote a letter to the National CrossFit Federation about how much Smith’s gym has meant to him, and shared it with local news outlet KCRG. “He is more determined, his cognitive skills have improved, his ability to listen… I’m going to cry,” she said through tears. “Following instructions, confidence has gotten so much better in all areas of his life. Obviously, he has found a community that welcomes him, includes him, accepts him where he is, and encourages him to keep growing. He belongs.”

Videos shared by Laurie Smith on Facebook show how much he has been embraced. One showed Smith coming in second for a CrossFit competition, before being pulled up onto the first place podium with the winner. “It brings me to tears,” she said. “Such kindness! It may not seem like a big deal, but it is huge!! It is symbolic of the respect and acceptance that Nevin has received as part of the Crossfit community and is only one of many, MANY gestures of kindness and acceptance given freely to Nevin today at the competition and every day that he is with his CrossFit family.”

Smith and the family he’s made at the gym are more than just fitness enthusiasts working out alongside each other. They’ve helped give him purpose and a community.

“It’s just so wonderful, just to know that he’s found his place. He’s found something that he has a passion for,” his mother said. “There’s not anything better than seeing him in a community welcomes him and just embraces him. They embrace him.”