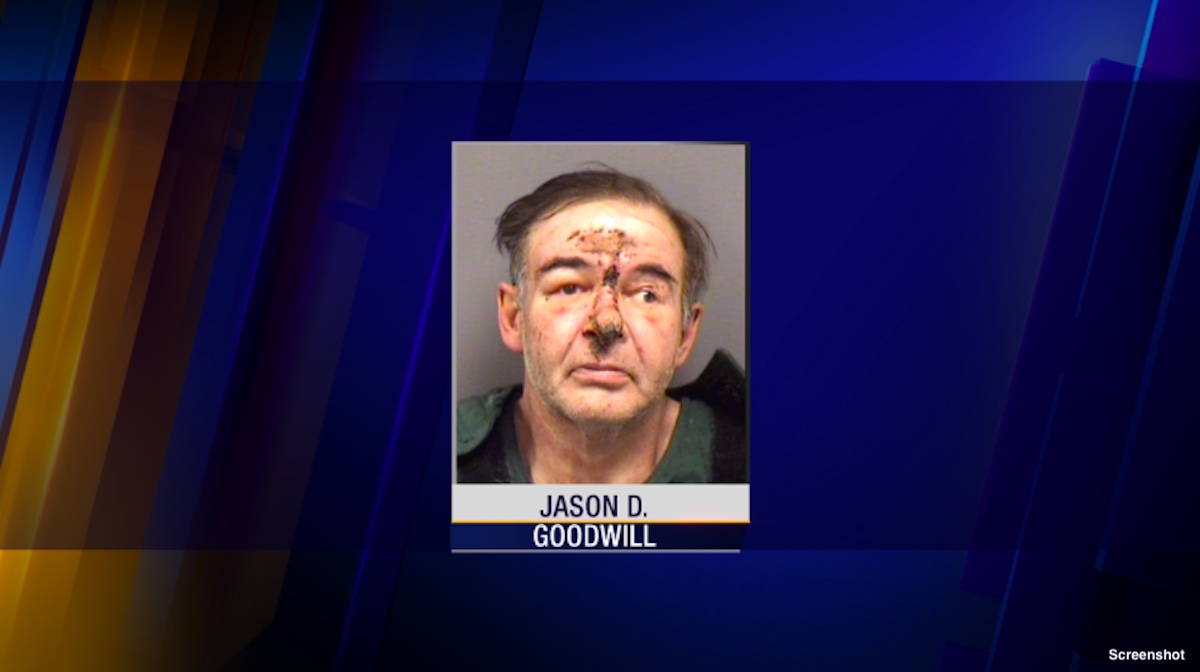 Pennsylvania State Police have arrested Jason Daniel Goodwill, 51, with 20 charges related to rape and involuntary deviate sexual intercourse with a child — his daughter and stepdaughter. The alleged abuse was exposed when Goodwill’s 12-year-old daughter confided in his 20-year-old stepdaughter that Goodwill had been sexually assaulting her.

On May 7th, investigators were called to UPMC Hamot Children’s Care Clinic for a suspected case of child abuse of the 12-year-old. She had told the older victim about the abuse, and was thereafter taken to the clinic for testing and observation. She told investigators that she had been sexually abused more than once in her home, beginning when she was about age 10. She said she told him “no,” but he threatened to harm her if she told her mother about the abuse. The girl also said Goodwill showed her child pornography and raped her.

The 20-year-old admitted to police that she had also been sexually abused by Goodwill beginning when she was about seven years old. She said he raped her almost daily, and threatened that she would lose her family and home if she did not allow him to assault her. She also said that to her knowledge, Goodwill impregnated her multiple times, and injected her with something to induce labor in order to abort the babies.

READ: Mentally handicapped woman forced to have abortion after pregnancy from rape

She also said that she gave birth to a baby in 2014, and Goodwill took the child, who had died, and buried the baby on the property. Police told Erie News Now that during a search of the home on May 12th, they discovered evidence of the death of a child.

The current push for at-home abortions helps predatory men, like Goodwill, kill the babies who are living proof of their sexual crimes — and therefore allow the abuse to continue. Through DIY abortions, Goodwill was able to get away with his crimes for longer, abusing not one, but two of the children in his care. If the abortion pill is dispensed through telemedicine and no office visit is made, there is a missed opportunity for abuse victims to seek help — help that can save their babies’ lives, and rescue them from abuse.

Sexual predators continuously turn to abortion to help them cover up their crimes. Even when victims are taken to abortion businesses, the crimes can be missed, or brushed under the rug, and the victims sent back home with their abusers. By removing the point of contact altogether, and allowing abortion pills to be dispensed without an in-person appointment, more abuse victims will continue to suffer at the hands of their abusers. It took 13 years for one of his daughters to report the abuse, and she only did so in order to protect the younger daughter, who was brave enough to speak up. Without anyone to speak to, and an over-the-phone or computer abortion, there is likely no end to the abuse for these victims and future victims.

According to Erie News Now, Goodwill is accused of sexual assault, rape forcible compulsion, involuntary deviate sexual intercourse forcible compulsion, two counts each of rape, corruption of minors, and indecent assault without consent, four counts of indecent assault of a person less than 13 years of age, and three counts each of endangering the welfare of children and involuntary deviate sexual intercourse with a child. The crimes occurred over the span of 14 years from 2006 to 2020.  He has been denied bond and is currently being held at the Erie County Prison. Additional charges may be filed.