A Planned Parenthood in Tempe, Arizona has been implicated in the crimes of an 18-year-old serial rapist.

The abortion giant allegedly failed to report one of the rapes Tyler Kost committed after his 15-year-old victim, whom he impregnated, came in for an abortion. When the young girl’s mother brought her to Planned Parenthood, she was told that it would be too much of a “hassle” to report the rape.

Instead, a counselor intentionally coded the sexual encounter as “consensual” to save herself the time and paperwork of reporting the young girl’s abuse.

In the meantime, Kost was free to rape three more girls and sexually assault another. If Planned Parenthood had fulfilled its legal – and humane – obligation to report the rape, Kost may have been taken off the streets earlier. 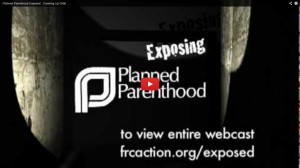 Planned Parenhtood, however, has a solid, documented history of abetting the crimes of rapists. Live Action found eight Planned Parenthood clinics in five states that sided with statutory rapists – not their victims – when sexually abused young women came to them for help.

“Care. No matter what.” That’s Planned Parenthood’s motto. Planned Parenthood cares…about making a quick buck via the path of least resistance. In this case, that path involved leaving a serial rapist on the streets when they had the opportunity and obligation to help protect women like the 15-year-old victim who came to them.

A press conference about the Kost rapes and Planned Parenthood’s compliance with the crimes will be held. Authorities believe that the 11 girls Kost is charged with assaulting are just the tip of a horrifying iceberg. Police believe there could be many, many more victims who have not yet come forward. Kost has been committing these crimes since he was just 13 years old.