“I feel like it’s time to talk about it a little bit.” 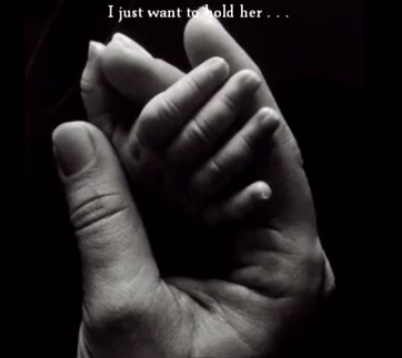 In 2009, the Christian rock band Skillet released a single called “Lucy.” (See below for a music video.) For some time, John Cooper – the band’s lead singer – chose not to share the story behind the song. But at a concert in November of 2010, he told the crowd the true story that had inspired “Lucy”:

… this week is the very first time that I’ve ever told what this song is about, because, uh, it’s very special to me, but I feel like it’s time to talk about it a little bit, so… listen up while I tell you a story about a young girl and a young guy who found themselves in a hard situation. They didn’t know what to do when they found out that she was pregnant; they were young, they didn’t have any money, they were scared, they didn’t want to tell anybody, they didn’t know what to do, and the only option that they could see was to terminate the pregnancy. So that’s what they decided to do… they went to a clinic, they had the procedure done, and at first they felt relieved that all their problems had gone away.

But then something happened that they did not expect… and that’s over the next few weeks, which turned into a few months, they began to feel an intense sadness… and a pain and an agony and a guilt that wouldn’t go away. They didn’t know what to do, so they finally went to see a counselor; they said look — tell us what to do, we just don’t know, and the counselor made a suggestion. The counselor said here’s what you need to do — stop acting like you had a procedure, and act like you had a death in the family. So the couple went home and they made three decisions; number one, they decided to have a funeral service for the baby; number two, they bought a tiny little headstone; and the last decision to make was what to name the baby. After a couple weeks they finally decided they would call her… Lucy.

The moving and artful words of “Lucy” capture the heartbreak of abortion that many couples experience. While often sold as a quick decision that can be forgotten and moved on from, abortion is anything but easy. Abortion is the chosen death of an irreplaceable child, and it’s hard for mothers and fathers to avoid this heart-wrenching truth for long, despite what they’re told.

Often, one partner insists on abortion despite the desire of the other partner to keep their baby. Too many dads push abortion on women, shoving the cash in their faces, driving them to the clinics, and forcing them to submit to abortion. Too many moms demand abortion, despite the desperate pleas and offered support of the dads.

On a public poem website, one father, Ryan, submitted the following:

My ex girlfriend decided to have an abortion, I did not want this to happen and so I wrote a poem to express my feelings, to say sorry and to tell my baby that I care.

It’s so hard for me to try and find that right words to say.
I’m sorry we never got the chance to meet,
the chance to see your tiny body and hold your tiny feet.
I have an image of you in my mind,
your gorgeous smile,
your beautiful eyes,
a picture,
an image,
something I’ll never let go.
Every Christmas,
every birthday,
I’ll do nothing but wish you were here,
right by my side.
A boy or a girl I’ll never know,
this love I have for you,
I’ll never be able to show.
You’ll always be daddys special one and mummys too,
and we want you to know we’ll always love you.
I wrote you this poem to show I care,
this pain,
this hurt I cannot bare.
Its time to sleep now my little baby,
one day,
some day,
I’ll be able to hold you tight and give you that proper kiss goodnight.
Goodnight Sweetheart
Love you always…

For moms or dads who find themselves regretting their abortions, there is help, hope, and healing. Silent No More, Rachel’s Vineyard, and many pregnancy resource centers offer a place for men and women to tell their stories, share their pain, get counseling, go on a healing retreat, get involved with preventing other abortions, and say goodbye to the child who was taken away much too soon.

Today, a revised video of Skillet’s song “Lucy” was uploaded to YouTube by Micah Thomas. This video is a must-see for anyone who has experienced abortion or is considering it. It illustrates the heartbreak behind the choice for dads in particular.