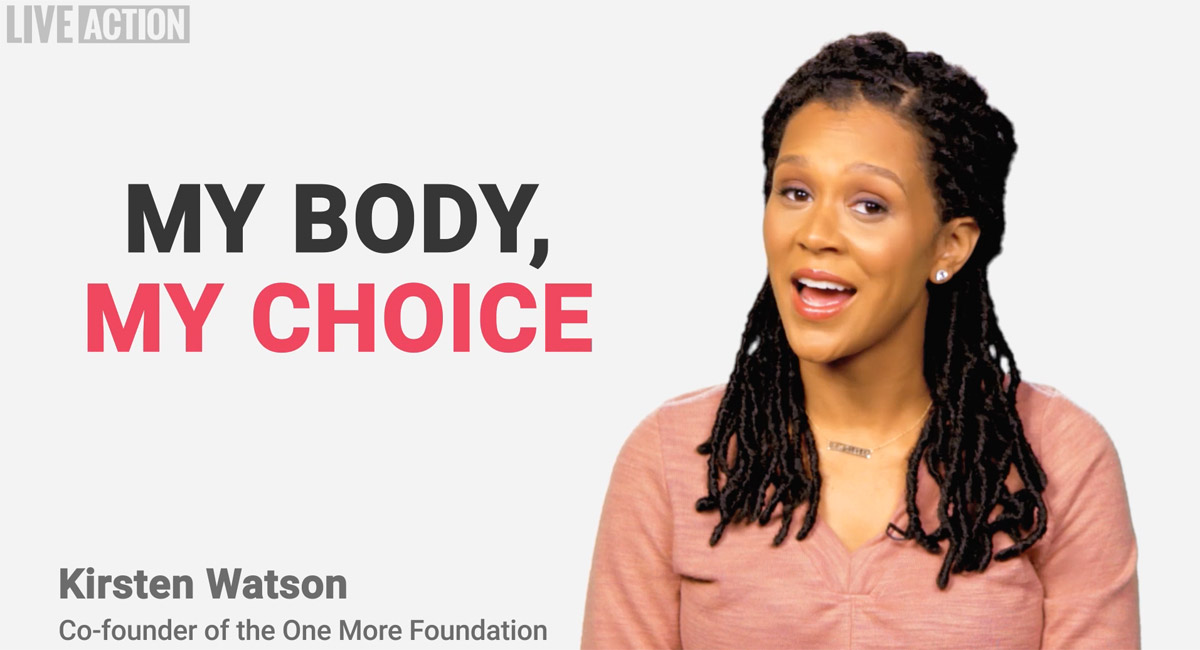 In a new “Pro-Life Replies” video series, Live Action will take on some of the most common pro-abortion claims, such as, “No one knows when life begins,” and “I’m personally pro-life, but….” The first video in this hard-hitting series dismantles the “My Body, My Choice” mantra. Narrated by Kirsten Watson — wife of NFL star Benjamin Watson, mother of seven children, and co-founder of the One More Foundation — this video demonstrates clearly why the frequently repeated “my body, my choice” chant is just that: a chant devoid of facts, which falls flat when examined logically.

As Kirsten Watson points out, human beings do have the right to bodily autonomy. However, our bodily autonomy should not be used to harm or kill other innocent human beings. “A right isn’t a right if I only apply it to ME and remain unwilling to grant to others what I ask for myself,” Watson explains. “To put it simply, a woman’s right over her own body does not include the right to end the life of an innocent human being.” 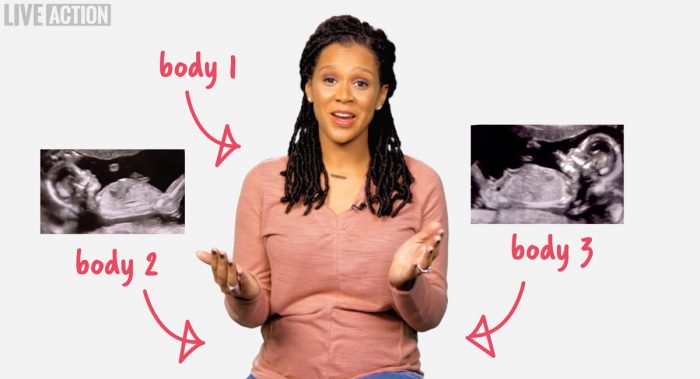 “Women and their bodies must be respected and protected,” says Watson. “Bodily rights are especially important when a woman is pregnant, because there is more than one body involved.” At the time of filming, Watson was pregnant — with twins. “It’s not just MY body here. There are three bodies. Some people try to say that ‘children in the womb are part of the woman’s body’—but come on. If a child in the womb were literally part of a woman’s body, like her arm or leg, then I would have three hearts, three brains, thirty fingers, and because there are two boys in there, I’d be mostly male.”

Parents have a natural obligation to children 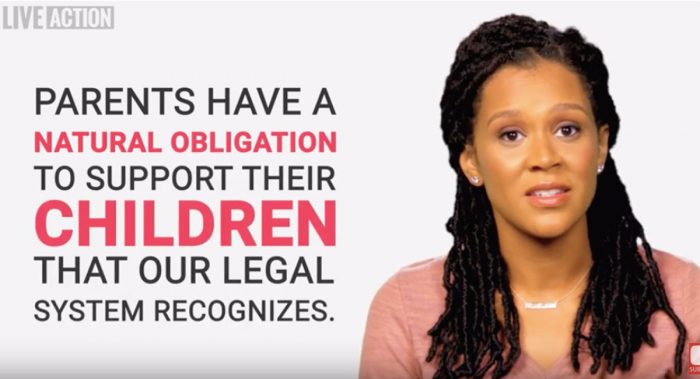 Watson goes on to explain how both mothers and fathers have “natural obligations to support their children,” as recognized by law. “Both parents are responsible to feed, house, care for, and otherwise not neglect their children,” Watson says. “If they cannot care for a child, a mother or father is not allowed to end the child’s life.” No, other options must be sought out.

If death is not a solution for a born child, why should it be any different for a child soon to be born? Watson notes, “Since parents have a natural and legal responsibility to meet the basic needs of their children after birth, it follows they have the same duty before birth.” Watson goes into more detail, discussing how “my body, my choice” implies that pregnancy is solely the responsibility of the woman, causing many men to abdicate any sense of duty to the woman or their children.

Dependency does not eliminate humanity 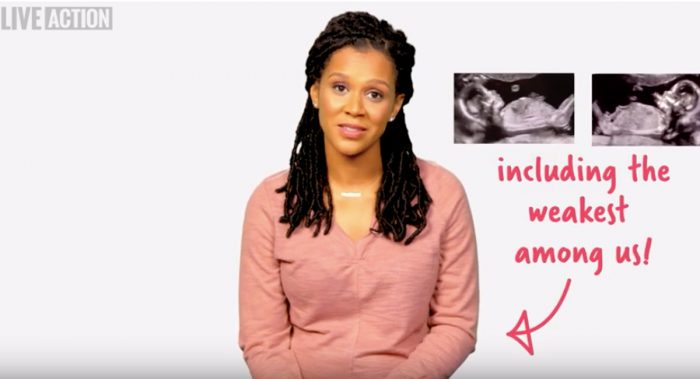 Watson notes, “An infant once born is still completely dependent on the bodies of others for survival, but no one thinks an infant lacks the right to life. The weakness and dependence of children is reason to give them more care and support, not less. Dependency does not eliminate humanity. In fact, dependency enriches humanity…. Let’s have a community in which bodily rights and bodily autonomy means we respect, protect, and support one another, including the weakest among us.”