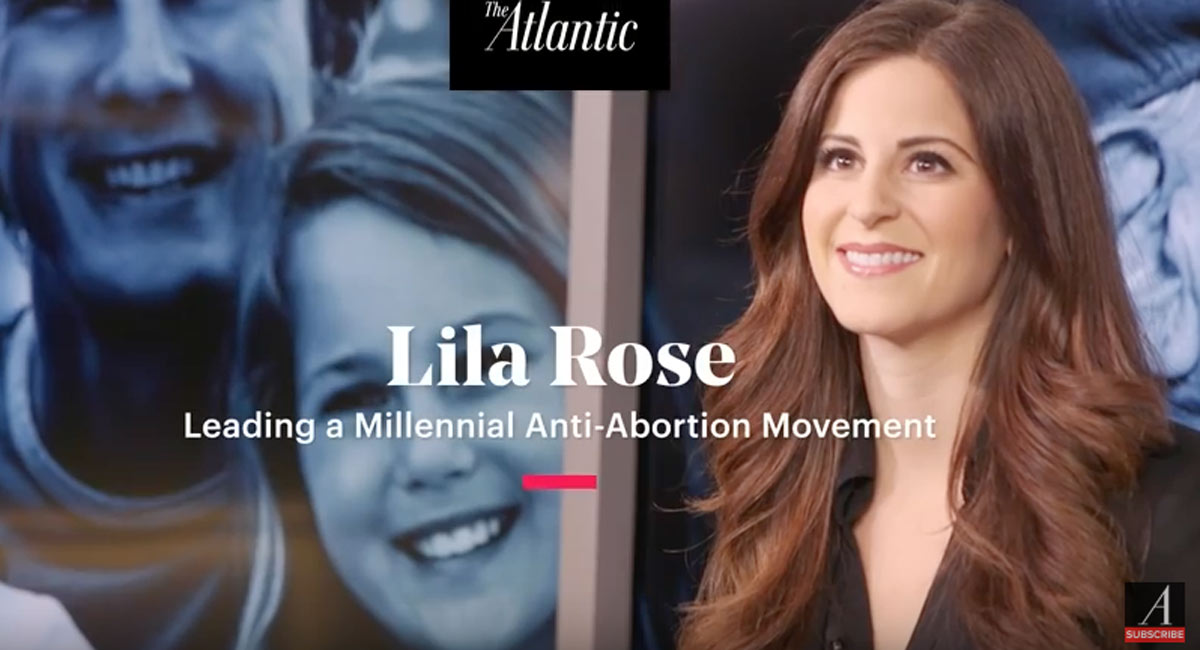 This week, The Atlantic featured Live Action President and CEO, Lila Rose, in a piece titled, “The Face of the Millennial Anti-Abortion Movement” as part of its “Atlantic Documentaries” series.

You can watch the video here:

As seen in the video, Planned Parenthood predictably labeled Rose’s undercover videos as having been deceptively edited (as Planned Parenthood also baselessly claimed about the Center for Medical Progress videos, even when forensic analyses proved that there was no alteration or deceptive editing).

“Jean, uh, I guess what I’m wondering is, what we do to as managers if something like this really does happen at our clinics?” I asked. “How can we be prepared so that if it does happen, we can make sure our clients are safe and nothing illegal is going on?”

An awkward silence followed, and then Jean, clearly taken aback, responded in a stern voice, “We’re not here to discuss that, Ramona. We’re here to identify whether we’re being violated by an undercover operation.” …

Former Planned Parenthood manager Sue Thayer experienced something similar. As previously reported by Live Action News, “The Planned Parenthood administrators put Lila Rose’s photo on the wall so that workers could identify her if she ever came in. Their concern was to prevent more undercover videos from being filmed.”