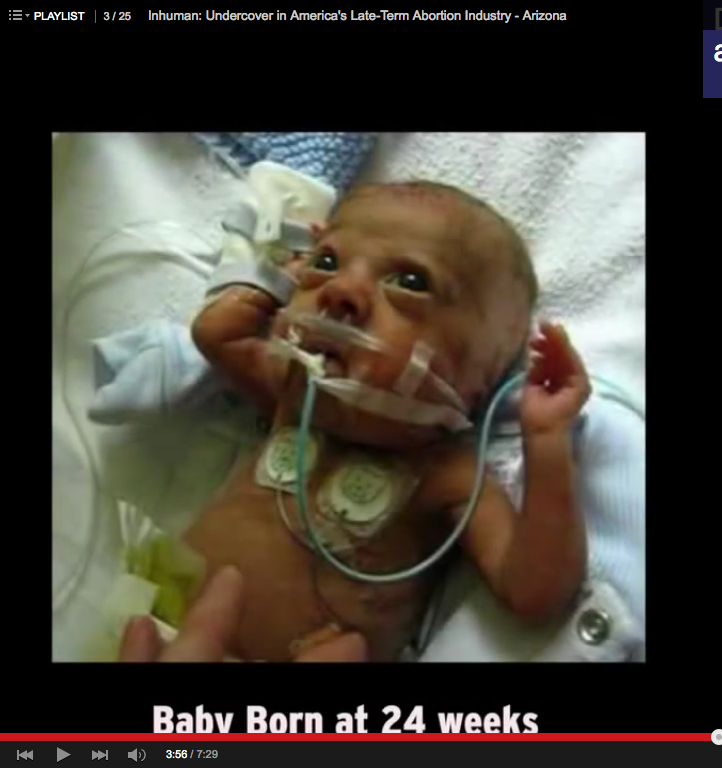 Planned Parenthood abortionist Lisa Harris commits D&E abortions. In this type of abortion, the abortionist uses forceps to dismember the child, pulling her out in pieces, twisting and pulling off limbs and body parts. The abortionist is then left with a pan full of baby body parts that he or she must reassemble and examine to ensure no pieces were left behind. Anything left in the uterus can lead to a dangerous infection. The procedure is described in the video below by former abortionist, Dr. Anthony Levatino:

In an article in the medical journal Reproductive Health Matters, Lisa Harris writes:

There is violence in abortion, especially in second trimester procedures. Certain moments make this particularly apparent…  As a third-year resident I spent many days in our hospital abortion clinic. The last patient I saw one day was 23 weeks pregnant. I performed an uncomplicated D&E procedure. Dutifully, I went through the task of reassembling the fetal parts in the metal tray. It is an odd ritual that abortion providers perform – required as a clinical safety measure to ensure that nothing is left behind in the uterus to cause a complication – but it also permits us in an odd way to pay respect to the fetus (feelings of awe are not uncommon when looking at miniature fingers and fingernails, heart, intestines, kidneys, adrenal glands), even as we simultaneously have complete disregard for it.

Harris believes that looking at the dismembered body parts with “awe” is a way to “pay respect” to the child she’s killed. She acknowledges the wonderful complexity and beauty of a preborn baby, but only when that baby is in pieces, dead, by her hand.

It is strange to think one can “respect” babies after killing them. In a previous Live Action article, I quoted an abortion worker who claimed that her facility “respects the lives” of aborted babies by baptizing their dead, mutilated bodies.

One of disturbing ironies of modern abortion is that it is often legal to abort babies that, if born alive, could survive.

READ: One of Britain’s tiniest premature babies survives at 23 weeks

Then I rushed upstairs to take overnight call on labor and delivery. The first patient that came in was prematurely delivering at 23–24 weeks. As her exact gestational age was in question, the neonatal intensive care unit (NICU) team resuscitated the premature newborn and brought it to the NICU. Later, along with the distraught parents, I watched the neonate on the ventilator.

I thought to myself how bizarre it was that I could have legally dismembered this fetus-now-newborn if it were inside its mother’s uterus – but that the same kind of violence against it now would be illegal, and unspeakable. Yes, I understand that the vital difference between the fetus I aborted that day in clinic, and the one in the NICU was, crucially, its location inside or outside of the woman’s body, and most importantly, her hopes and wishes for that fetus/baby.

But this knowledge does not change the reality that there is always violence involved in a second trimester abortion, which becomes acutely apparent at certain moments, like this one.

The only difference between the two babies was where they were located — and the fact that one was wanted and the other was not.

The aborted baby Harris mentioned was 23 weeks. Hailie Dillon was born premature at just 23 weeks and six days. Paulina and Jesus, a couple from Sinaloa, Mexico, gave birth to baby Maria at just 22 weeks. She is a normal, healthy child today. Baby boy Aharon, the youngest premature baby ever to survive in Israel, was also born at 22 weeks.

All three of these babies had teams of medical professionals working around the clock to save them. But babies of the same ages are killed every day through abortion.

After admitting that abortion itself is an act of violence, Harris says, “I must add, however, that I consider declining a woman’s request for abortion also to be an act of unspeakable violence.”

Somehow, to this abortionist, refusing to dismember a preborn baby is more violent than dismembering one. Who is the victim of violence when a pregnant woman is not given an abortion? Pregnancy itself is not violence; it’s a natural state of human reproduction. No one is deliberately dismembered or killed when a woman carries to term. There are no dismembered body parts or crushed skulls when a woman gives birth naturally. Instead, there are two intact, living human beings, neither one a victim of violence.