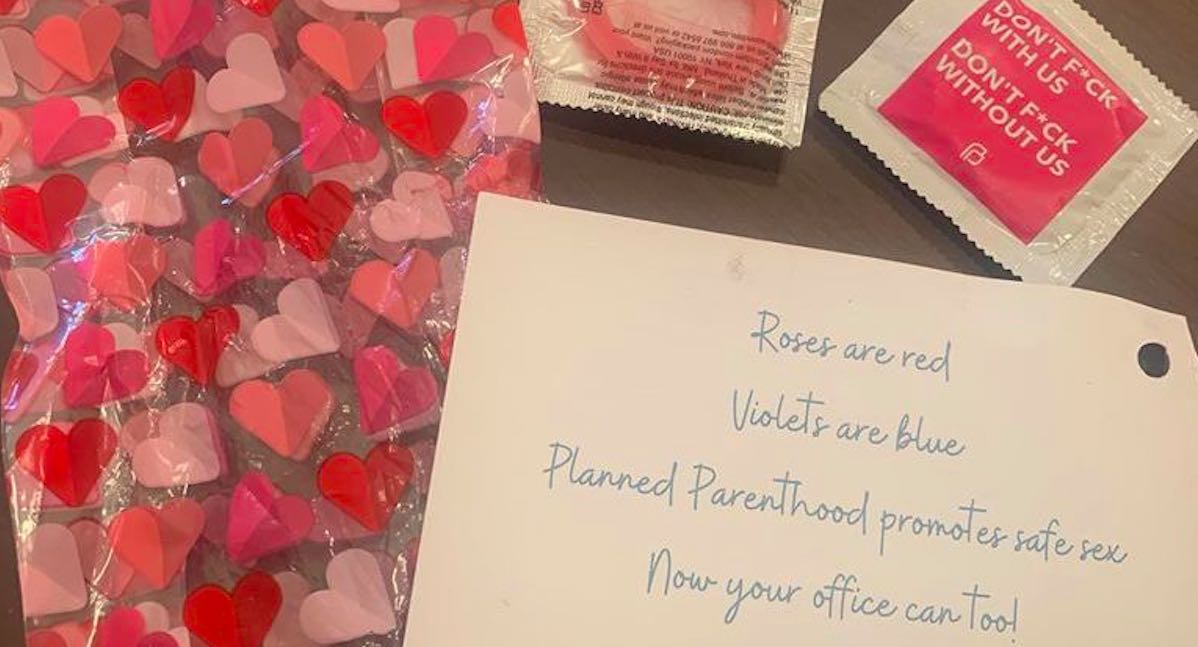 California lawmakers received a surprising Valentine’s Day “goody bag” from Planned Parenthood that has them wondering if the abortion corporation is actually threatening them.

The California Globe reported this week that Assemblywoman Melissa Melendez posted an image of the bag and its contents on Facebook with the message, “Stay classy PP.” In the image, there is a clear message from Planned Parenthood written on the condom package: “DON’T F*CK WITH US. DON’T F*CK WITHOUT US.”

The Globe says, “Several Capitol employees including Sen. Grove said the statement on the condom appeared to be a threat. Indeed, “Don’t f*ck with us” isn’t mincing words.”

Planned Parenthood might think they’re being cute, but there’s nothing cute about the message or their mission to kill thousands of babies through abortion. Telling lawmakers, “Don’t f*ck with us” could be viewed as a threat, as Planned Parenthood has vowed to spend $45 million on the 2020 elections, handpicking which pro-abortion candidates they want to have in their back pocket. But beyond being seen as a threat, the Planned Parenthood “goody bag” could also be seen as sexual harassment, especially in light of the #MeToo movement.

A poem in the bag states:

Now your office can too!

According to the California Globe, Senate Republican Leader Shannon Grove also received a bag from Planned Parenthood. She said, “We confirmed several offices received this ‘gift’ from Planned Parenthood, including mine. Really???? This is how PP communicates with members of the state legislature. Good thing I stopped a group of kids from seeing in my office…… #Crass #disgusting #Vulgar.”

One of Senator Grove’s Facebook followers pointed out that if the bag had been given to a coworker it could be seen as sexual harassment and that “Planned Parenthood should be held accountable.” Indeed, having condoms on your desk at work and talking to your staffers about sex could definitely be grounds for a sexual harassment case.

As the corporation moves forward with placing its facilities inside 50 Los Angeles schools, it’s definitely past time for Californians to fight back.