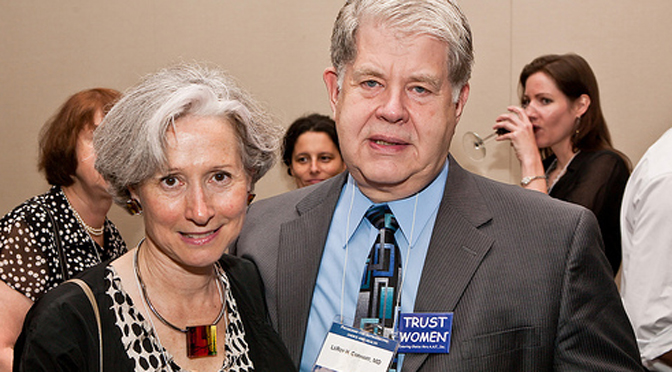 If sending women to the emergency room as a result of abortion procedures was a sport, late-term abortionist LeRoy Carhart would win the MVP award.

Within the span of five months, the abortionist sent six women to the hospital, Operation Rescue reports. The latest two emergencies came on the heels of a third emergency two weeks ago.

Carhart’s Germantown, Maryland, facility is infamous for being a center of late-term abortions, but the abortionist is on a roll with hospital emergencies lately. Between March 23 and Monday, April 4, Carhart managed to hit a triple in botched abortions.

In late March, the Maryland Coalition for Life reported that Carhart sent an underage girl to the hospital, causing the pro-life organization to call for Carhart’s immediate license suspension:

On Sunday, March 20, six emergency responders in two emergency vehicles rushed a woman to Shady Grove Hospital from LeRoy Carhart’s Germantown, Maryland office, marking the fourth woman in four consecutive months to be transported by ambulance due to medical emergencies related to a late term abortion.  According to eye witnesses, at 6:04 pm an ambulance transported an underage girl to Shady Grove Adventist Hospital after starting an abortion procedure earlier that afternoon.

With this many medical emergencies happening so close together, the Board needs to immediately suspend LeRoy Carhart’s license while these unfortunate incidents are fully investigated.  There have been 7 documented injuries and 1 death here in Germantown and 5 other serious cases from his Nebraska office.  This man is a danger to women, and it is the responsibility of the State authorities to thoroughly examine the competency of this out of state doctor who is nearly 75 years old.

Germantown Pregnancy Choices will be filing a formal complaint to the Maryland Board of Physicians today to report the medical emergencies that occurred during the last four months.

It was only 10 days later when it happened again—same facility, same abortionist, but a different victim. Operation Rescue reported on the March 30 incident:

An ambulance arrived at Germantown Reproductive Health Services in Maryland on Wednesday, March 30, 2016, and transported yet another abortion patient of LeRoy Carhart’s to an unknown location.

During the most recent incident, witnesses tell Operation Rescue that the patient who was taken away by ambulance was in her fourth day of a late-term procedure.

After that, it only took five days for the next victim to be rushed to the hospital. Operation Rescue reports the most recent victim was a “‘Sunday’ patient, meaning that she was a late-term abortion patient who was most likely over 27 weeks of pregnancy.”

The frighteningly increasing frequency of emergency transports at Carhart’s abortion facility are indications that Carhart is no longer competent. The Maryland Board of Physicians must halt abortions there until they can evaluate Carhart’s competency – and they need to act fast before more women are maimed or killed by this maniac.”

In the past few weeks Carhart has been sending women to the hospital in double time: 10 days, then five days. It remains to be seen if it will be two-and-a-half days, should he keep his schedule of destruction. What really remains to be seen is whether the Maryland Board of Physicians finally takes action on this dangerous abortionist.