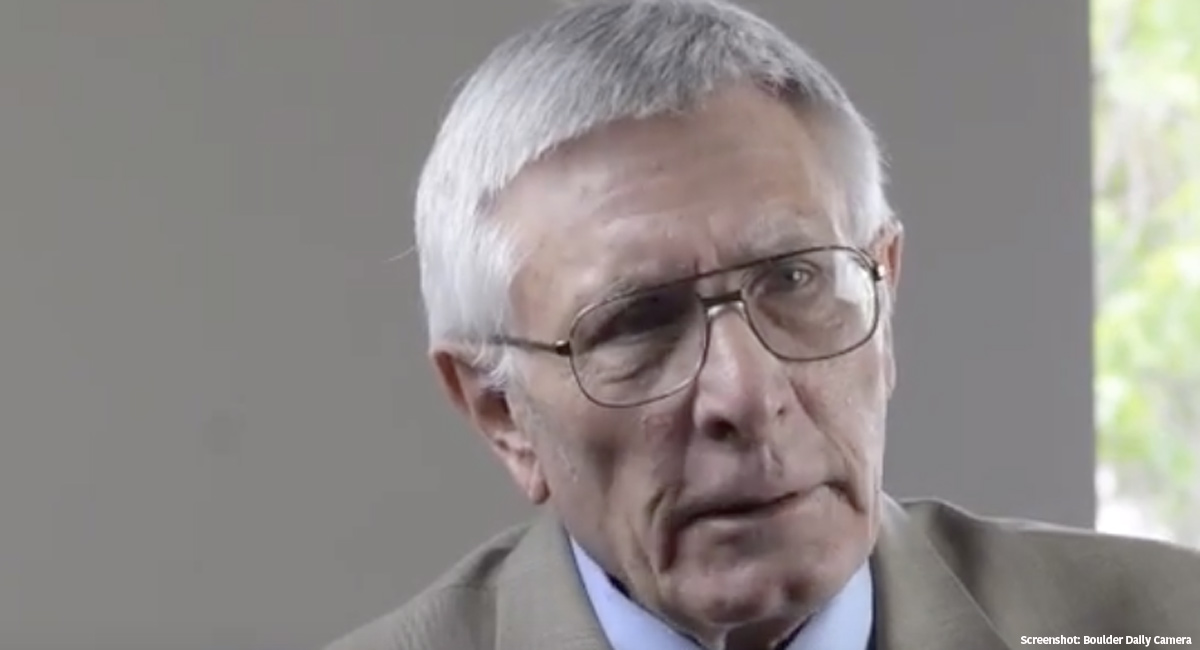 “The human population is a planetary cancer.” So writes late-term abortionist Dr. Warren Hern in an 27-page “academic” paper posted on his website. The paper, titled “Why Are There So Many of Us? Description and Diagnosis of a Planetary Ecopathological Process,” presents a disturbing view of humanity.

Dr. Hern, the 81-year-old who openly advertises as “Dr. Hern Late Term Abortion Specialist,” has committed abortions in Boulder, Colorado, for 44 years. In the paper, originally published in Fall 1990 in “Population and Environment: A Journal of Interdisciplinary Studies,” he makes a detailed argument for why humanity is a cancer. The late-term abortionist even proposes a new psuedo-scientific name for the human race: “homo ecophagus,” which he translates to mean, “the man who devours the ecosystem.”

Dr. Hern:  “The human species is an example of a malignant ecotumor, an uncontrolled proliferation of a single species that threatens the existence of other species in their habitats.”

When we examine Hern’s published thoughts, we see a frightening devaluation of human life. Dr. Hern takes a legitimate problem — the need to care for the environment — and issues a sweeping condemnation of humanity that is astonishing and bizarre. In Figures 11-15 from his paper, reproduced below, Dr. Hern arranges images of cancer spreading side by side with cities in the United States including Baltimore and an unspecified group of five cities in North Carolina. His apparent goal is to leave the reader with a visceral depiction of how human settlements resemble cancer. 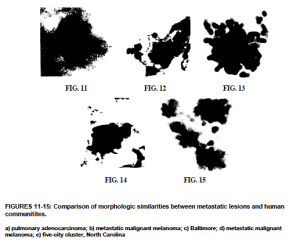 “Pregnancy is not a benign condition,” Dr. Hern is fond of saying, as reported in the Daily Camera.

Unsurprisingly, among the few types of human activity the late-term abortionist sees as “non-cancerous” are humanity’s “regulating its fertility and population growth.” Even still, he judges that “while the human species is capable of all these non-cancerous activities and even occasionally displays them, it will continue to behave overall as a cancer on the planet.” Hern ominously concludes that humanity will not regulate its own destructive behavior: “It is exceedingly rare that any cancer ever voluntarily or spontaneously stops being a cancer.”

The absence of any humanity or conscience is perhaps what stands out as most striking in reading the words of Dr. Hern. His cold diagnosis of human society as a cancer almost leaves one speechless. At the end of the day, however, is it any wonder that a man with such a pathological view of humanity participates in the systematic extermination of the most vulnerable humans among us, going so far as to build his reputation on performing cruel, medically unnecessary, and painful late-term abortions?

From studying not-too-distant history, we see that evil has a way of seeping into acceptance to create a society where objective horrors like abortion or genocide are casually justified or blithely ignored. In coming to terms with the Holocaust, and how a Nazi bureaucrat named Adolf Eichmann so blandly participated in the evils perpetrated against the Jews, philosopher Hannah Arendt coined the phrase “the banality of evil.” What Arendt meant was summarized aptly by Nigel Warburton:  “What was perhaps more terrifying still was the fact that [Eichmann] appeared so normal. He was an ordinary man who, by failing to question what he was doing, took part in some of the most evil acts known to humanity.”

For some, Dr. Hern appears normal and even ordinary in the post-Roe v. Wade society in which we live. He has set himself up as an unashamed and outspoken abortion advocate through all trimesters. In an interview posted on YouTube, Dr. Hern complains that “radical rhetoric” has “demonized physicians so that that has diminished the status of physicians who are already at a lower status, and that has made [abortion] a very undesirable activity for physicians.” He continues to draw praise from some media sources who paint him as a brave defender of women’s rights.

Yet Dr. Hern’s published words give us a window into the true mind and heart of one of this country’s leading killers of the preborn. Not every day do we see such a direct articulation of an abortionist’s hatred for humanity. And it’s important to remember his paper was not hidden away in some forgotten corner of the internet. The late-term abortionist posts his paper on his own website.

In the end, when we know Dr. Hern’s true thoughts about the value of human life, the natural question becomes: does Dr. Hern really have best interests of the women under his care at heart? Or does he want to stop the spreading of the “cancer” that he has spent the last four decades killing off?