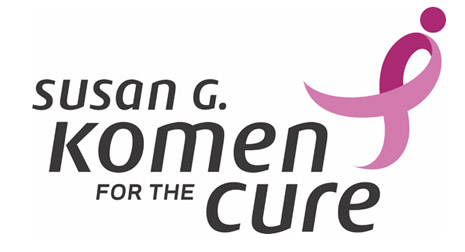 The Race for the Cure has hit a wall. Breast Cancer giant Susan G. Komen for the Cure has been embroiled in funding controversies, and a new report shows that its  revenue are plummeting, not only for its once-popular race, but also for its organization at large.

Reports show that Komen had a 22% drop in donations in the year after the controversy over its donations to Planned Parenthood. Reports also showed that “fewer people took part in its fundraising Races for the Cure across the country. The organization announced last summer that it would cancel half of its three-day charity walks for this year because of a drop in participation.”

Komen donates about $700,000 to the abortion giant for “breast cancer screenings,” which don’t include actual mammograms. Planned Parenthood facilities aren’t even licensed to perform mammograms, nor do they have the proper equipment to do them. Still, Komen persists in donating money for screenings. And its begun to hurt the breast cancer research organization in the pocketbook.

While the funding fiasco of early 2012 is what brought this issue to the forefront, Komen’s real mistake was filtering funds through the nation’s largest provider of abortions, which didn’t provide mammograms, the most common and accurate way of detecting breast cancer. Komen’s unwise decision was one that would inevitably cause it problems.

First, the obvious problem is that Komen is supposed to be providing help for women with breast cancer. To use a middle man to get women the most immediate attention is irresponsible, at best; it’s deadly, at worst.

Second, numerous studies have shown there is a correlation between abortion and incidences of breast cancer. The most recent meta-analysis published last month reports that “Compared to people without any history of [induced abortion], an increased risk of breast cancer was observed among females who had at least one [induced abortion].” You can read more on that here.

However, some dreams look more like fantasies. As its recent annual report showed, even the limited breast health services the abortion provider does offer were declining, not rising. In 2011, the organization reported doing  639,384 breast exams; however, in its 2012 report, it shows 549,804 such exams.

What Komen found is that in its lifesaving mission, it partnered with the angel of death and in the end, Planned Parenthood got richer while Komen has lost millions of dollars in donations and corporate sponsors.

As the saying goes “When you dance with the devil, the devil don’t change… the devil changes you.” One can hope that Komen chooses a better dance partner for its next performance.