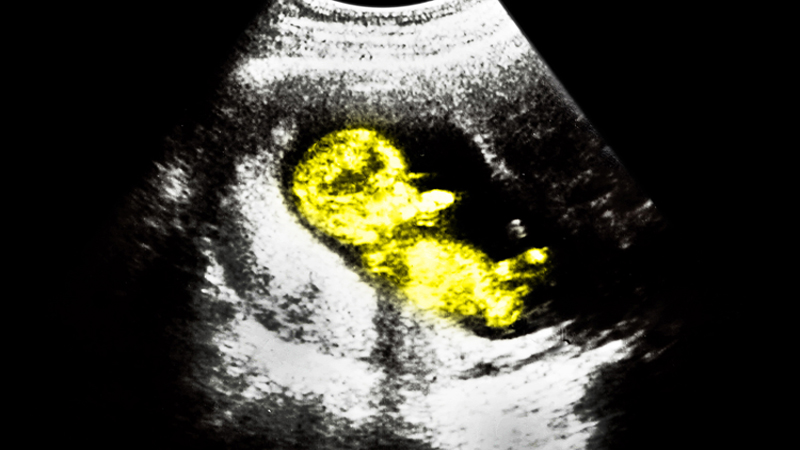 Preborn children may not be at the same developmental stage as us, but there are many things that they can still do! They have beating hearts at only 21 days gestation, detectable brain waves at roughly 42 days, and can suck their thumbs and yawn. They even have taste buds and their own fingerprints!

The incredible things preborn children can do inside the womb may surprise us, however, they certainly showcase the humanity of preborn life. Ultrasound of preborn child in the womb.

BabyCentre shares that the “womb is a sensory playground for your baby,” noting that when babies respond while in the womb, it is a sign that the child is preparing for life after birth.

WebMd states that babies have the ability to learn and listen while in the womb:

The new research suggests that babies began to absorb language when they are inside the womb during the last 10 weeks of pregnancy — which is earlier than previously held.

Newborns can actually tell the difference between their mother’s native tongue and foreign languages just hours after they are born.

These incredible facts display that while the baby is not yet seen, he or she is very much human. Babies have the ability to hear language and music in utero — the latter of which the child may react to. Babies can react in the womb to music “by blinking or moving to the beat.”

Children in the womb can also react in other ways, such as giving a thumbs up or other hand signals. A baby recently made headlines after the mother posted a video of her child at 14 weeks, clapping in the womb.

Research on how children learn inside the womb also note a preborn child’s ability to remember. In fact, research shows us that children can actually distinguish their mother’s language and voice from others.

Speech pathologist Melissa Wexler Gurfein suggests that mothers should “continue to talk to her newborn from the moment of birth to help facilitate language development.”

Children can also remember songs they hear in the womb for up to four months, as noted by The Daily Mail. Researchers say exposure to music in the womb may also influence a “critical period of brain development.

It is amazing how children not only learn in the womb, but remember. At 32 weeks, it is reported that babies sleep 90 to 95 percent of the day. Some of these hours are spent in different stages of sleep, including REM, deep sleep, or in an indeterminate state.

During REM sleep, [a baby’s] eyes move back and forth just like an adult’s eyes. Some scientists even believe that fetuses dream while they’re sleeping! Just like babies after birth, they probably dream about what they know — the sensations they feel in the womb.

Researchers who observed babies in utero note that they are in a state of quiet alertness. This suggests that the child may be focusing on something — perhaps listening to their mother’s voice. Even before preborn children are able to do these things, they still exist. The moment the sperm fertilized the egg, a new human person came into existence!

An individual child is never anything but human, and has never existed, nor will exist again. From the moment of conception, preborn children amaze us.