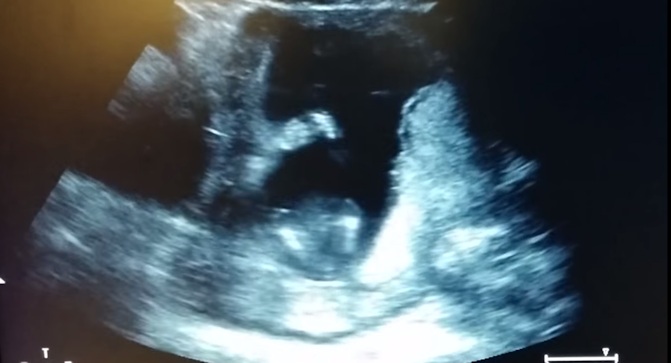 Jen Cardinal, a mother from Olympia, Washington, recently uploaded an ultrasound video of her 14-week-old preborn child. What makes this video amazing  is that her preborn baby is clapping in the womb. The short video has gone viral since its first release.

Cardinal told Yahoo! News she initially used the video on Facebook to announce their pregnancy to family and friends.

In the interview, Cardinal revealed the amazing story behind her pregnancy. She said, “We had been trying for three years to get pregnant. We went from not thinking we would get pregnant to having the most fun and surprising pregnancy.”

“We went for an ultrasound. Our baby clapped two or three times. We gasped, laughed. Doctor said, ‘Let’s sing a song.’ He rewound and replayed it to us singing, so it looks like the baby is clapping. Great fun.”

Cardinal shared her exciting and special moment with the world. This video is evidence that preborn children are unique human beings, worthy of celebration and deserving of protection.

Ultrasounds are a powerful tool in aiding a woman, as she makes a pregnancy decision.

If you’re a pregnant woman who is facing an unplanned pregnancy and in need of ultrasound services without cost, visit CareNet to find  a center in your area.