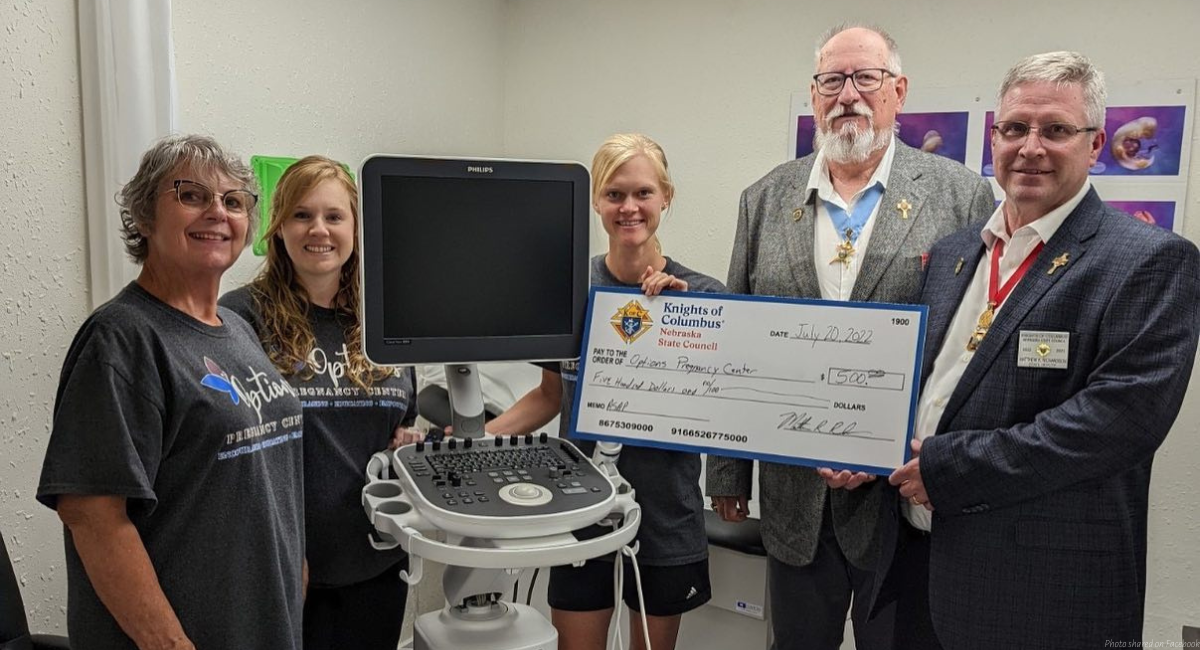 In 2019, the Knights of Columbus celebrated the donation of their 1,000th ultrasound machine in just 10 years as part of the Catholic fraternal organization’s ongoing efforts to help pregnancy resource centers across the country. Earlier this year, they announced that in just three years since, they’ve already placed an additional 500 machines.

The 1500th machine went to a New Jersey pregnancy resource center, and was dedicated during a January 19th ceremony.

“Our Founder, Blessed Michael McGivney, devoted his life to the care of widows and orphans,” Supreme Knight Patrick Kelley said. “We continue the Order’s mission by working tirelessly, through prayer and action, to support mothers and their children, both unborn and born. Now is a crucial moment for life. Our compassion, understanding and generous support are all essential. Our bold witness is needed to change not only laws, but also hearts and minds.”

Each machine is financed completely by the Knights of Columbus, with a local council covering 50% of the cost, and the remainder covered by the Supreme Council. The 1,500 donated ultrasound machines represent a total value of more than $72 million.

In late June, the Knights also announced a major expansion of their financial support for pregnancy resource centers and maternity homes across the nation with the launch of their Aid and Support After Pregnancy (ASAP) Initiative. Kelley said the goal is to donate $5 million to centers, homes, and organizations directly serving new moms and babies during the fraternal year ending in June of 2023.

“Mothers and children need our help now more than ever,” he said. “As Knights, we are called to courage and self-sacrifice. Standing for life means making personal sacrifices for women and children in need — being willing to give of our time, skills and financial resources, and accepting the fact that the fruits of our labors are often hidden.”

The financial donations will supplement already robust monetary and volunteer support of pregnancy resource centers and maternity centers. Knights gave more than $18 million in donations and 1.7 million service hours of their time between 2018 and 2021.