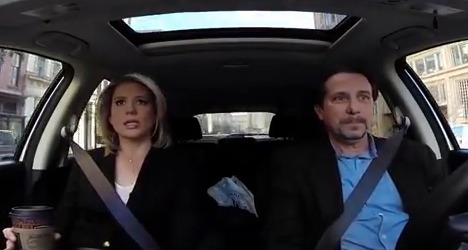 On April 11, 2013, journalist Kirsten Powers did something that no other major media journalist had dared to do. She wrote about Kermit Gosnell. In her now-famous column, she not only outlined the horrifying case against the late-term abortionist, but also called out the media for steadfastly ignoring a case that should have been front-page news.

Let me state the obvious. This should be front page news. When Rush Limbaugh attacked Sandra Fluke, there was non-stop media hysteria. The venerable NBC Nightly News’ Brian Williams intoned, “A firestorm of outrage from women after a crude tirade from Rush Limbaugh,” as he teased a segment on the brouhaha. Yet, accusations of babies having their heads severed — a major human rights story if there ever was one — doesn’t make the cut.

You don’t have to oppose abortion rights to find late-term abortion abhorrent or to find the Gosnell trial eminently newsworthy. This is not about being “pro-choice” or “pro-life.” It’s about basic human rights.

The deafening silence of too much of the media, once a force for justice in America, is a disgrace.

Powers spoke with Real Clear Politics’ Carl Cannon to revisit that column, and the failure of the media to do their job.

Unsurprisingly, when Powers learned of the atrocities that went on in Gosnell’s house of horrors, she was shocked. She thought it couldn’t be true, because something this awful would surely be front-page news. But, as we all know, it wasn’t. No one in the mainstream media cared. But Powers did the one thing that thousands of other journalists couldn’t be bothered to do: she wrote a column about it. She brought national attention to Kermit Gosnell. And the question is, why is it that no other journalist did what Kirsten Powers did?

Option one is that they just didn’t care. It makes sense, in a macabre, disturbing kind of way. A person who has no problem with babies being ripped apart limb from limb, and spends their time defending it, might not see what the big deal is about a little neck snip. Option two is that they knew and were horrified, just like Powers was, but purposefully kept it quiet because of the inevitable backlash it would have on the abortion industry.

And there definitely has been a backlash. Since the Gosnell case, states all around the country are cracking down on abortion clinics, ensuring that women who undergo abortions will do so in clean, sanitary clinics with abortionists who have admitting privileges at an area hospital, which should make it at least a little bit harder for the Gosnells out there to butcher women. The pro-abortion media has almost always spoken out against these laws, moaning over the possibility of abortion clinics having to close and about how cleaner, safer abortion clinics with abortionists forced to have hospital admitting privileges will somehow lead to danger for women.

The media has no problem covering women like Sandra Fluke and Wendy Davis. Davis’ 11-hour filibuster to keep late-term abortion legal in Texas was headline news all across the country. But a late-term abortionist butchering women and killing babies? Women dying during abortions, like Jennifer Morbelli or Tanya Reaves? Dr. Karpen’s Gosnell-esque clinic in Texas? Stories like these are buried, ignored, hushed up. But as Live Action president Lila Rose pointed out, the mainstream media happily spent 19 days covering Wendy Davis — three times as much coverage as the Gosnell case received.

No one can know what the media’s motivations are for ignoring the Gosnell case. But pro-life journalists should follow Kirsten Powers’ example. Kirsten Powers had the courage to speak up when everyone else was silent. She is proof that it only takes one person to speak out, just one person to use their voice, and a huge difference can be made.