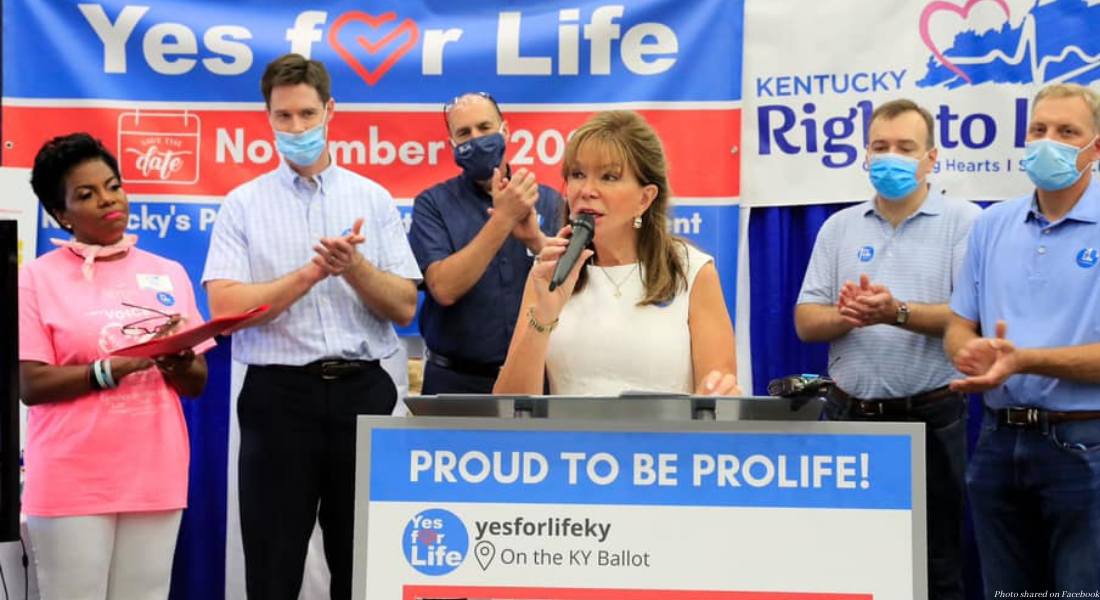 UPDATE, 8/27/21: Kentucky Attorney General Daniel Cameron said this week that he is “proud” to endorse the efforts to add a pro-life amendment to the state constitution. “I’m optimistic about its passage,” he said, adding, ““Science and technology have certainly underscored just how early in the womb life begins, and as people can see images of that, it’s changing the national conversation about this (issue).”

8/26/21: A coalition of pro-life organizations and state leaders in Kentucky have launched the “Yes for Life Alliance” in the hopes of raising awareness for House Bill 91, which will be up for a vote in the general election in November 2022. If enough people vote yes on the bill — or “yes for life” — it would pass an amendment affirming that the state constitution does not contain a “right” to an abortion or abortion funding.

According to Kentucky Today, the alliance’s founding members include Kentucky Right to Life, the Kentucky Baptist Convention, the Catholic Conference of Kentucky, Sisters for Life, The Family Foundation, and Commonwealth Policy Center. The groups announced the launch at the Kentucky State Fair, where Yes for Life Chair Addia Wuchner spoke.

“Kentuckians of faith and conscience have the incredible opportunity to make our Constitution reflect our pro-life values with their vote on November 8, 2022,” said Wuchner. “The Yes for Life Alliance will encourage voters across the Commonwealth to use their ballot to stand up for the most vulnerable Kentuckians — our unborn children. We are so grateful to the courageous leaders in the General Assembly who passed legislation and gave us this chance to be clear that there is no right to an abortion or the funding for abortion in Kentucky.”

Angela Minter, vice president of the alliance and president of Sisters for Life, also spoke of its importance. “The Yes for Life Constitutional Amendment is the final piece of the puzzle to make Kentucky a pro-life state,” she said. “We ask for the prayers and support of all Kentuckians as we embark on this journey to strengthen our Constitution. We will work in every corner of our Commonwealth, urging everyone to vote Yes for Life. Together, we can end the culture of death and make Kentucky lead the nation in defending the defenseless.”

Richard Nelson, executive director of the Commonwealth Policy Center, said, “The issue of the sanctity of life is a foundational issue for all of us, regardless of our political affiliation, regardless of our religious affiliation — we all depend on the government protecting the sanctity of every human life. We believe that amending the Kentucky Constitution preserves our democratic ideals by taking this out of the hands of unelected judges. We put it back into the hands of the people.”

HB 91 passed the Kentucky General Assembly in March of this year. If it passes the popular vote, it will amend the state’s constitution to read, “To protect human life, nothing in this Constitution shall be construed to secure or protect a right to abortion or require the funding of abortion.” The Yes for Life Alliance hopes that with enough campaigning, they will make all Kentuckians aware of this important vote while encouraging them to vote yes.

House Bill 91 will be decided in the general election vote on November 8, 2022. For more information, visit the alliance website at YesForLifeKY.com.

Editor’s Note, 8/27/21: This post has been updated since its original publication.