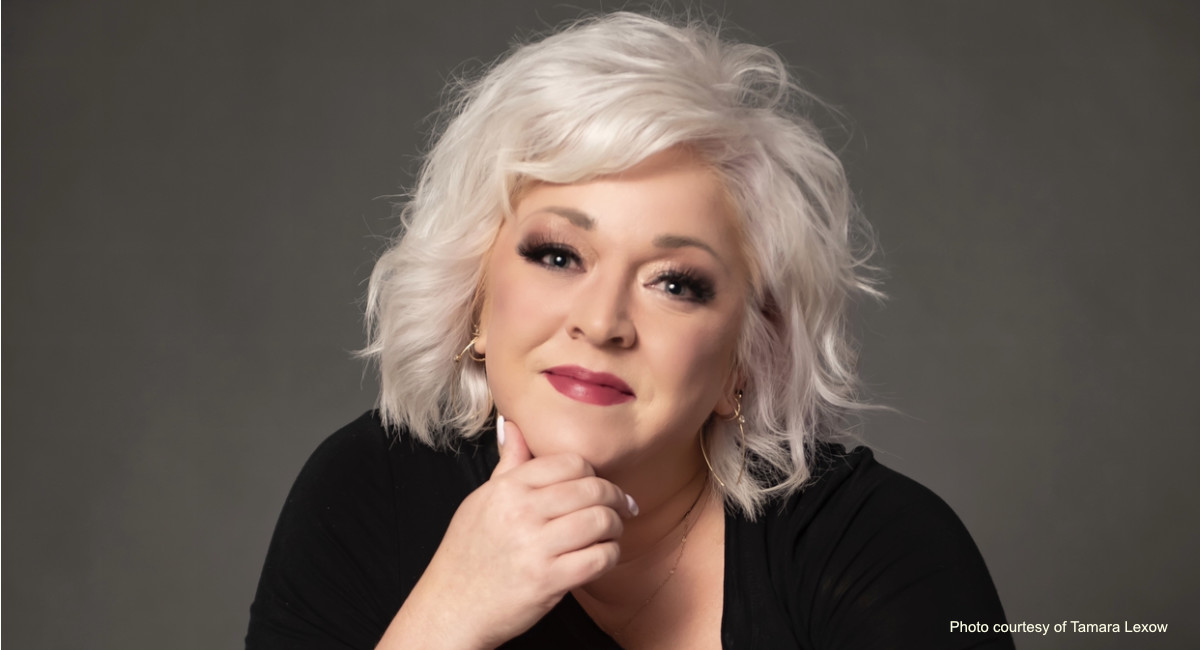 Newlyweds Tamara Lexow and her husband were excited to learn she was pregnant with their first child. But soon Lexow started bleeding heavily and experiencing severe cramping. An ultrasound revealed no discernible fetal sac. The blood test confirmed what doctors suspected: she had suffered a miscarriage.

Lexow told Live Action News, “I was heartbroken. I remember wishing my mother, who I lost when I was 19, was there to comfort me. I couldn’t have known then this would be the first of many challenges I would face in the coming years.”

Shortly after her miscarriage, Lexow learned she was again pregnant, yet there was a concern. While her blood test indicated a rise in hCG levels indicating pregnancy, no fetus was detected in the uterus. But Lexow wasn’t experiencing cramping like before. She hadn’t had a miscarriage; the fetus was lodged in her fallopian tube — an ectopic pregnancy.

“Doctors told me I’d have to have the fetus surgically removed or the tube could rupture, threatening my life,” Lexow said. “I thought this meant they could implant the fetus into my uterus, but I was told this wasn’t possible. I didn’t clearly understand the implications of an ectopic pregnancy, I was so desperate to save my baby.”

Fortunately, doctors were able to save Lexow’s fallopian tube but after experiencing two subsequent devastating losses, the dream of motherhood seemed impossible to realize.

Lexow told Live Action News “I was on an emotional roller coaster, and I wondered why I was having problems carrying a pregnancy to term. I remembered my mother had fertility issues which resulted in her battling depression. My dad could offer no insight into my mother’s health issues so I was left with unanswered questions.”

A diagnosis tampers dreams of motherhood

Within two months, Lexow had packed 50 pounds on her petite frame and was having painful periods. She was diagnosed with polycystic ovarian syndrome and learned she was pre-diabetic. Doctors prescribed the appropriate medication and put her on a weight management program. “God created our bodies so wonderfully complex that when one part doesn’t work well, it spurs problems in other areas but thankfully, the medication and diet worked, and I got pregnant again,” she said. “This was an especially happy time because a dear friend was also pregnant.”

But at nine weeks, both she and her friend miscarried. Lexow, who had seen her baby on the ultrasound, wondered how she would get through the agony of losing yet another child. Yet, a year later, Lexow — pregnant again — was still grappling with grief from her third miscarriage.

Lexow said, “When I discovered I was pregnant, I couldn’t let myself get excited. I didn’t know if I had the strength to face another crushing loss. I prayed for a miracle, but it was not to be.”

Desperate, she started seeing a fertility specialist who diagnosed Lexow with a mild case of endometriosis. She became diligent in eating healthy and exercised faithfully. Another pregnancy spurred a glimmer of hope, but then an ultrasound revealed the baby was not developing normally.

Subsequent tests revealed Lexow’s preborn child had perished. Because her body would not expel the child’s remains, she underwent a dilation and curettage (D&C). A pro-choice friend who heard about Lexow’s D&C argued that Lexow had an abortion, insisting abortion and miscarriage were coded the same way for insurance purposes. She warned that if Roe were overturned, more women would be denied a D&C when they miscarried. This is a popular falsehood that’s been perpetrated by the abortion industry and its allies. While a D&C procedure is sometimes used after a miscarriage, miscarriage and abortion are not the same (and treatments for miscarriage and ectopic pregnancy are still legal in every state).

“This was such a stressful time for me and my marriage. Now, I felt I had to defend the procedure to remove my baby who had perished inside of me. I didn’t choose to terminate my pregnancy which is what an abortion is. My baby was very much wanted. I understand medical terminology and abortion and miscarriage were not coded the same. There is so much misinformation surrounding miscarriage.”

Doctors advised Lexow to “take a break and relax.” Realizing she may never have a child naturally, she and her husband explored adoption.

Learning to rely on faith

Lexow told Live Action News, “When I learned about two high school girls who got pregnant and wanted to place their babies for adoption, I just broke down and cried and pleaded to God. There are women who have abortions or want to give up their babies, yet I couldn’t have a child of my own.”

She made an appointment at the adoption agency, but already she felt defeated, wondering how she and her husband would pay the costly adoption fees. The morning of the meeting, her miracle showed up. “I suspected I might be pregnant and took a home pregnancy test,” Lexow said. “Clear as day, the test was positive.” A doctor’s visit confirmed she was expecting.

The pregnancy progressed normally throughout the nine months and at each milestone, Lexow clung to her faith. When she gave birth to their daughter, her husband cried.

Lexow said, “We were so grateful to God for our healthy baby girl. Even though she was very active in the womb, I held my breath wondering if something would go wrong. Every twinge or pain had me a bit panicked. But now, she was here, and we were thrilled.”

When their daughter was 18 months old, Lexow gave birth to a son and now had two babies close in age. After the second birth, her endometriosis worsened, and she eventually underwent a hysterectomy.

“God has blessed us with two children and our family was complete,” Lexow said. “The timing was perfect because the progression of the endometriosis would have destroyed any chance of carrying a child to term.”

Despite the long and painful journey to motherhood, her experience strengthened her pro-life stance and increased her compassion for others, a trait that serves her well in her role at Hopeful Hearts Ministry.

Lexow said, “I believe every life has value. I’ve learned to trust God and His purpose and plan for our lives. God does not waste a single tear. Sometimes, we must walk through difficulties to learn to rely on Him. Our experiences shape us into who we are and provide an opportunity to administer to others.”