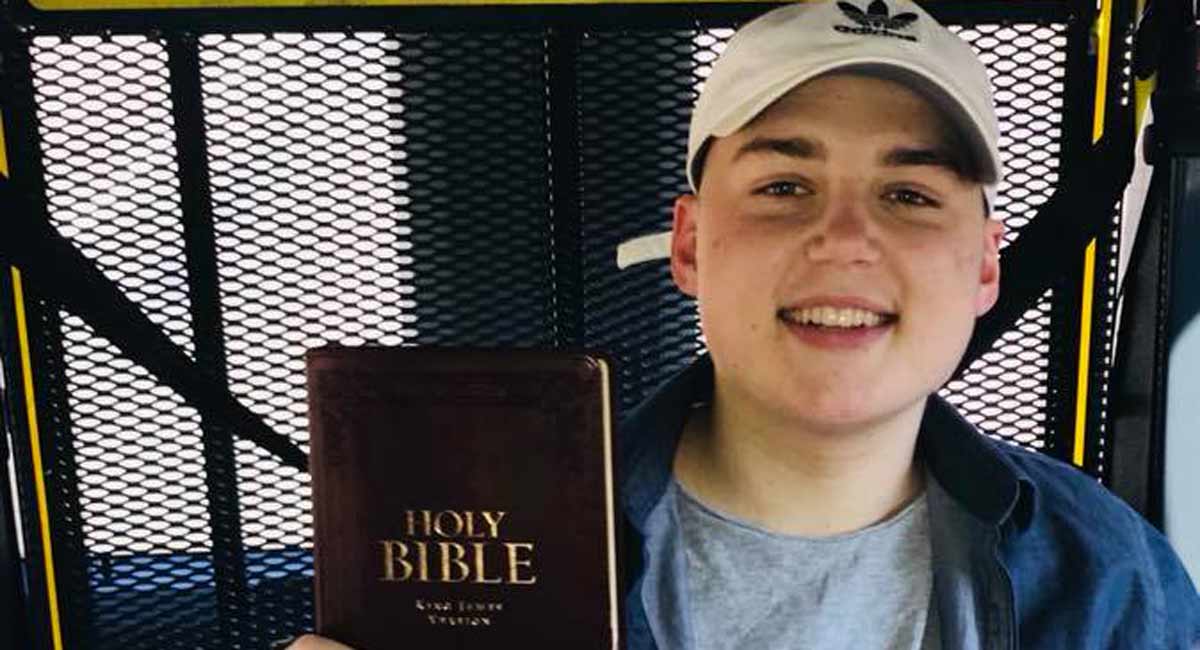 Jeremiah Thomas, the teenage boy battling cancer who used his Make a Wish to ask Texas Governor Greg Abbott to end abortion in his home state of Texas, has died at the age of 16.

On August 26, 2018, his father Rusty Thomas announced his son’s death on Facebook, saying:

Warrior Down! Jeremiah has finished the last lap of the race of faith. He crossed the finish line at 7:20 PM. The battle is over and Christ has won. He lived well for His Lord and died even better for Him.

“Death where is thy sting and grave where is thy victory? Jesus Christ is the Resurrection and the Life! To Him be glory without end.”

Jeremiah’s sister Destiny wrote of her brother’s struggle, pain, and death, saying, “This fight was torturous, not just physically but for the hearts those of us sitting beside him watching him. It’s hard to describe the feeling of watching someone you love deeply drown in their own body. […] Jeremiah, you not only lived well, you died even better. You fought to the VERY END and there really aren’t significant words to express the deep admiration I have for you. I’m thankful I got to witness you, a champion and hero pass into Jesus’ arms. You’re what movies are made of! What an honor it is to be your sister.”

Jeremiah battled osteoblastic osteosarcoma, a bone cancer that is resistant to radiation therapy and has a survival rate of just 10 percent. He decided to use his dying wish to ask for an end to abortion, and in phone call Governor Abbott told him he would pursue this in the next legislative session, saying that Jeremiah’s “wish is granted.”