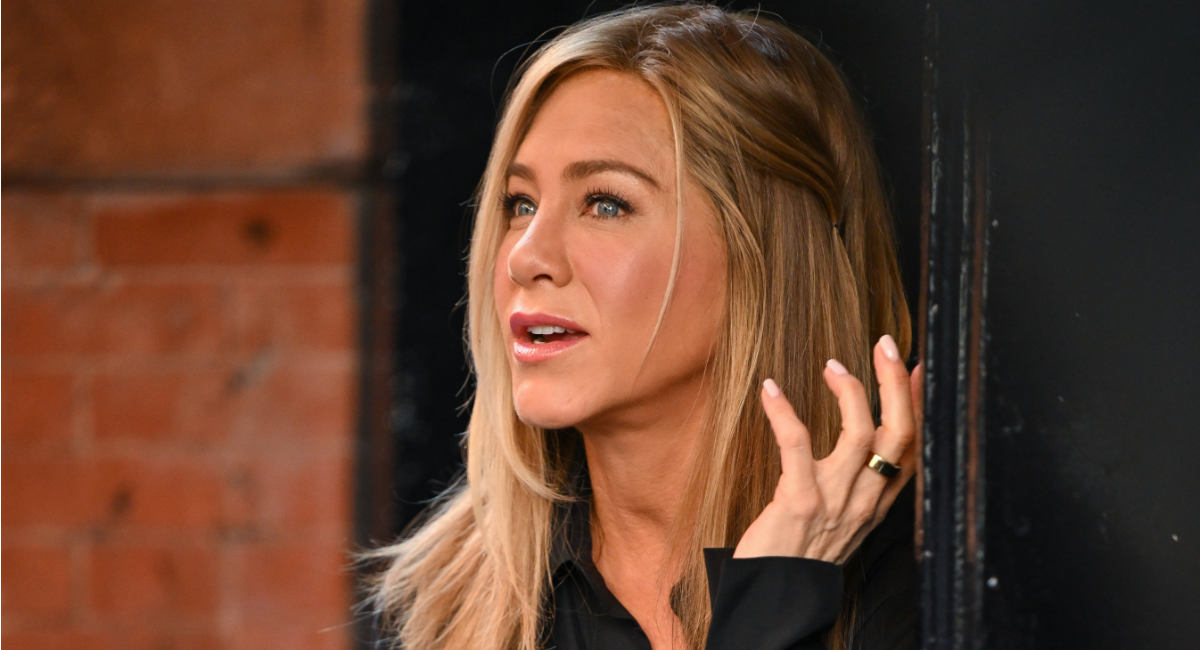 In the past, actress Jennifer Aniston has revealed her support for abortion (the legal ‘right’ to end the lives of the preborn children you don’t want), but she recently opened up about her own struggles with the other side of the fertility coin — the inability to have the children you do want. While the heartache that comes with infertility is understandable, individuals who have been conceived via artificial means have revealed the heartache and identity crises it has caused them. And women who go through fertility treatments learn the industry secret: IVF fails more than it succeeds.

In an interview with Allure, Aniston, 53, revealed that while tabloids and celebrity gossip sites were spreading pregnancy rumors about her or speculating that her split from ex-husband Brad Pitt was due to her choice of career over children, the truth was that she did want children and at some point had tried IVF in an attempt to conceive.

“I was trying to get pregnant,” she said. “It was challenging for me, the baby-making road.”

She continued, “All the years and years and years of speculation… It was really hard. I was going through IVF, drinking Chinese teas, you name it. I was throwing everything at it. I would have given anything if someone had said to me, ‘Freeze your eggs. Do yourself a favor.’ You just don’t think it.”

In 2010, five years after her split from Pitt, Aniston shared her support for artificial insemination and the idea that children don’t need a father. She was 41 by then and according to her own words, she was still trying to get pregnant. It would be five more years before she married her second husband, actor Justin Theroux.

It’s natural to feel sympathetic towards Aniston and her struggles, though she says she has come to terms with not having a baby. But as research shows, artificial methods of creating children — egg-freezing, sperm donation, and IVF — only create more problems.

But even when raised by their married biological mother and father, children created by artificial means can struggle with the implications.

A woman named Claire told the organization Them Before Us, “Somehow, somewhere, my parents developed the idea that they deserved to have a baby, and it didn’t matter how much it cost, how many times it took, or how many died in the process. They deserved a child. And with an attitude like that, by the time I was born they thought they deserved to have the perfect child… as Dad defined a perfect child. And since they deserved a child, I was their property to be controlled, not a person or a gift to be treasured. And when I at last became an adult with my own opinions and thoughts, an adult who could stand up for herself, I was simply removed from their lives. I was no longer the perfect child they had wanted, and they had no use for an independent, high-spirited daughter.”

Sarah, who grew up not knowing her father or who he was, explained, “I needed a father, as do most other girls growing up in single parent homes. I ended up being the statistic: high school drop-out, teenage runaway, homeless youth, a victim of sexual abuse by a step-parent, and pregnant at 17. When we view women in films about single parents, even in the most dire storytelling everything usually ends up okay for the children involved. Children are resilient, and when your story is being written for a commercial audience it pays to tie up loose ends. But films aren’t real life. They are meant to be consumed by a customer who doesn’t want to pay to be reminded of how sad the real stories of ‘illegitimate’ children are. They don’t need to be reminded that most of us live lives of generational poverty and ignorance.”

In addition to the psychological effects reproductive technologies have on children, there are also physical effects. Children created through IVF have an increased risk of premature birth, low birth weight, cerebral palsy, high blood pressure, cancer, and perinatal mortality. Girls conceived through IVF can experience advanced bone age and hormonal imbalances during puberty. Some studies have also found a connection between IVF and an increased risk of childhood illnesses such as cardiovascular problems, early-onset acute lymphoblastic leukemia, epigenetic disorders, cognitive impairment, and possible infertility of their own as adults.

Aniston said she wishes someone had told her to freeze her eggs. It’s likely then that she believes if she had frozen her eggs in her 20s, IVF may have been successful for her in her 30s or 40s. Likewise, Congresswoman Alexandria Ocasio-Cortez, 33, told Vanity Fair in 2020 that all she can really handle at the moment is being a dog mom. “I’m sitting here, I’m like, ‘Do I freeze my eggs? Can I afford to do that?'” she said. “… My orthodontist was telling me about how she was doing IVF, and I’m like, asking her what her experience is like.”

Originally thought of as a last-ditch effort to have a baby, IVF and egg freezing are now in a woman’s plan regardless of whether or not she has current fertility concerns. According to the Society for Assisted Reproductive Technology, the number of healthy women freezing eggs rose from 7,193 in 2016 to 12,438 in 2020. Yet a 2022 study in the journal Fertility and Sterility from New York University Langone Fertility Center regarding egg freezing revealed data that Dr. Marcelle Cedars, director of the division of reproductive endocrinology at the University of California San Francisco, said “should give women pause.”

Cedars, also the president of the American Society for Reproductive Medicine, explained, “The pregnancy rate is not as good as I think a lot of women think it will be. I always tell my patients, ‘There’s not a baby in the freezer. There’s a chance to get pregnant.'”

The study found that the chance of a live birth from frozen eggs is only 39%. Dr. Alan Penzias, a fertility doctor at Boston IVF Fertility Clinic and Beth Israel Deaconess Medical Center, told The New York Times that data from his center are consistent with the study. Women who freeze their eggs at his clinic have only a 33% chance of having a baby using those eggs.

“Counseling should be clear that there is no guarantee and that the value of delaying having a child must exceed the benefit of delay,” Dr. Penzias said.

National data on the success rates of having a baby after freezing your eggs remain unknown, Dr. Timothy Hickman, president of the society and medical director of CCRM Fertility in Houston, told The New York Times. Women are trying to buy time in hopes of having a baby in the future but there is no guarantee — and it could cost them tens of thousands of dollars. Once they have paid to retrieve, freeze, and store their eggs, there are still costs associated with the IVF process, which carries its own low success rate. For women under 35, IVF has a success rate of just 44.5%, dropping to 2.8% for women ages 42 and over, according to data. Just seven percent of babies created through IVF survive to the newborn stage of life.

The average age of first-time mothers in America is up from age 21 to 26, while for fathers, it’s up from 27 to 31. The top reason: money. Sixty percent of women surveyed said they will delay having children because they don’t make enough money with 51% saying they want to earn a higher wage before they have a child. But the data regarding egg freezing and IVF suggest that in delaying motherhood for too long, women run the risk of not becoming pregnant at all.