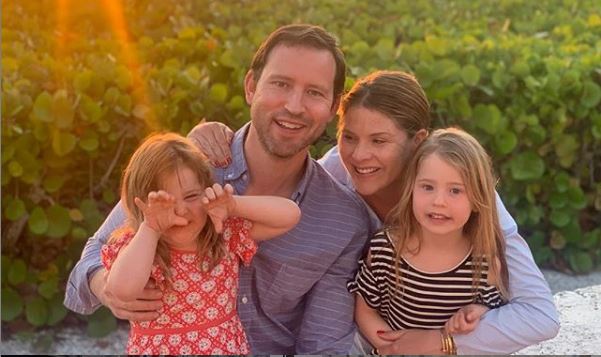 Former first daughter Jenna Bush Hager is expecting her third baby with her husband, Henry Hager. The joyful news was announced on the Today show Monday, which Bush Hager co-hosts with Hoda Kotb, complete with a gender reveal, which showed that she is pregnant with a boy.

Kotb was absent from the show, as she is on maternity leave after adopting baby Hope Catherine, but she made an appearance via phone to congratulate her co-host on the happy news. “I’m so happy!” Kotb exclaimed, and then made it clear that Bush Hager had been confiding in her about the pregnancy. “Jenna, first of all, you’re amazing. And when you told me that you were pregnant, I still remember because … we were wondering about adoption issues, but listening to you, I was praying. And you said, ‘Oh Hoda, I feel so bad.’ I said, ‘Please don’t!’ I was literally kind of holding onto a little secret and look at us, now it’s all out in the open.”

“This is the year of Jenna Bush Hager!”@hodakotb phoned in to talk about @JennaBushHager’s wonderful baby news! pic.twitter.com/RE0PDDFUSI

“I feel like this is your year for a million reasons,” Kotb continued, as Bush Hager noticeably teared up. “You are on the show you were born to be on, you’re expanding your family, which is exactly what is supposed to be happening. This is the year of Jenna Bush Hager.”

For Bush Hager, the pregnancy came with some guilt, as people around her have struggled with infertility. “When I had that conversation with Hoda, because I knew she wanted this baby, I called my mom,” she said. “I said, ‘Barbara’ — who just got married — ‘and Hoda, they want these babies, and I have this guilt.’ And my mom said, ‘Everybody gets their babies when they’re supposed to.’ My mom and her mom before her struggled with infertility forever, and so I thought that was a beautiful thing to say.”

Bush Hager and her husband are parents to 6-year-old Mila and 3-year-old Poppy, and she explained that she had experienced fertility problems of her own when trying to get pregnant with Poppy. “I don’t take this lightly,” she said. “I know how blessed and lucky I am. It’s an amazing gift. So Hoda, thank you for your love and happiness and support — and give that baby a kiss.”

In an adorable video, she shared how she broke the news to Mila and Poppy, who said they had been praying for a baby. After telling them they have a baby brother, and explaining that he is in her tummy, Poppy ran to Bush Hager and hugged her stomach, shouting, “Baby!” Mila, meanwhile, jumped up and down as she asked, “Is this really happening?”, with Bush Hager assuring her, “This is really happening!” The two girls jumped up and down and cheered at the exciting news.

.@JennaBushHager told Mila and Poppy that she’s pregnant and they had the sweetest response! ♥️ pic.twitter.com/CqmYDUYEoa

After breaking the news on Easter Sunday to her daughters, it became impossible to keep her pregnancy a secret any longer, Bush Hager said. “They told the man behind me on the airplane, they told the people at church,” she said. “The girls are so happy.”