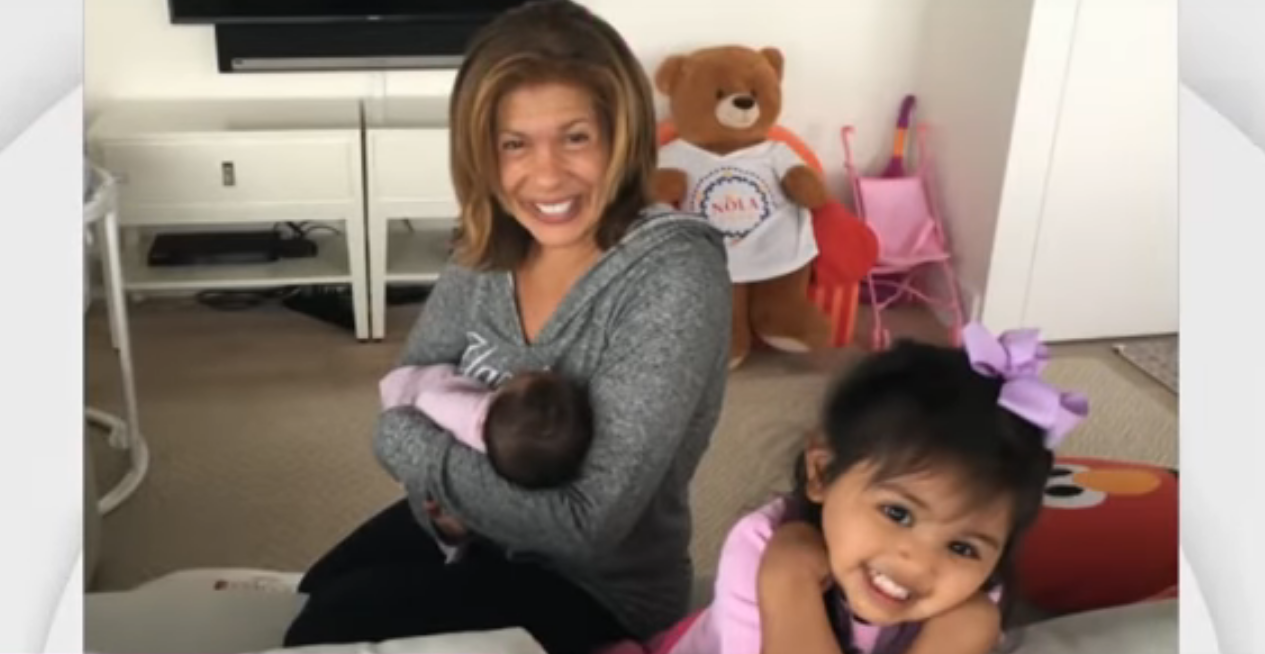 On Tuesday, Today Show host Hoda Kotb announced that she has adopted a second daughter. The baby’s name is Hope Catherine.

The co-host of “Today with Hoda & Jenna” managed to keep the exciting news under wraps. When Kotb appeared on the Today show by phone on Tuesday morning, none of the other hosts knew what was coming except Savannah Guthrie, who joked that she had “an exclusive.” Eliciting applause and spontaneous tears of joy, Kotb announced, “It’s a girl!”

Two years ago, Kotb announced that she and partner Jeff Schiffman had adopted their first daughter, Haley Joy. Today hosts asked Kotb how she is adjusting to life with two children. She gushed, “I didn’t know that my heart could feel like this. I just didn’t.” She added, “With all the love I’ve ever had in my life, and I’ve had the best love; I mean I’ve had the love of a wonderful mom, a wonderful man, siblings, all those things… I never ever imagined that I could feel this kind of… it’s like a warm hand on my heart.”

Kotb is not the only one whose heart has grown. She told the Today Show that her older daughter has been thrilled with the experience, saying, “Haley is digging it. This morning at breakfast, she was trying to feed [Hope] her raspberries, and I was like, ‘Not yet babe!’”

Kotb said, “She was literally marching around saying, ‘I’m a big sister!’ I mean… she did try to crawl into her bassinet, but it’s so much fun you guys.”

Kotb, who is 54, has been open about her desire to give Haley a sibling. She previously said, “Having a sister to go through life with is so important.” She explained, “I also know that Joel and I are older parents. I wanted to make sure that there was someone there to witness [Haley’s] life.”

Due to the heroic sacrifice of Hope’s birth mother, Haley now does have a sister to share her life with. With many couples waiting to adopt, Kotb’s story is an inspiration for many. As Today co-host Jenna Bush Hager said, “Think of how many people you are giving hope to today.”