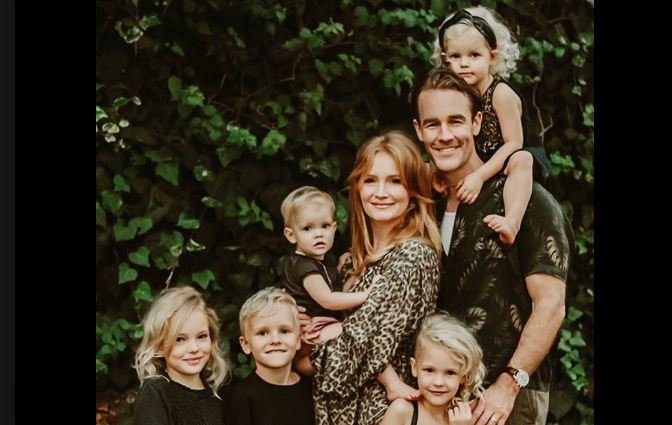 Actor James Van Der Beek of Dawson’s Creek fame is one of Dancing with the Stars’ current season cast members. This week he invited millions of viewers into a very personal aspect of his life as he allowed the DWTS’ cameras into the doctor’s office while his wife Kimberly had an ultrasound.

The couple has five young children, and Van Der Beek said on the show on Monday that they have suffered three miscarriages. The losses were devastating for them, and in an attempt to destigmatize miscarriage, they wanted the cameras to be with them when they underwent the ultrasound and nervously waited to learn if their preborn child had a heartbeat.

“So excited,” said the Dawson’s Creek alum. “There’s a new little Van Der Beek in there.”

Once the heartbeat was detected, his wife let out a scream of joy and said, “Oh, that’s the best sound!”

Van Der Beek agreed, saying to the camera later that, “Hearing the heartbeat was … it’s something you never take for granted.”

The heartbeat of a preborn child is definitely something that parents don’t take for granted, especially after suffering the loss of a preborn child. Lately, abortion advocates have been denying that the embryonic or fetal heartbeat even exists, in an attempt to further dehumanize preborn children. The heart begins to beat just 16 to 22 days after fertilization, and pretending that it doesn’t is discrimination against preborn human beings, and cruel to the parents who have loved and lost their babies.

Van Der Beek also brought his baby joy to Facebook on Monday, writing that he and his wife are “Thrilled beyond belief to announce that another little bundle of joy has picked us to be their family. We chose to have our first ultrasound on camera with our #DWTS crew capturing the result – something I NEVER thought we’d ever do… but @vanderkimberly and I have been through three of those first appointments to discover either no heartbeat, or no baby, and she wanted to share this moment.”

He said there should be “zero shame” around miscarriage or the grief that follows, and the couple hopes that by sharing their story other people might feel better able to open up about their own losses.

“Miscarriage is something that people really don’t talk about. And we wanted to recognize that it happens to people,” said Van Der Beek. “We wanted to destigmatize that as much as possible.”

But in a society in which abortion is hailed as a “right” and the bodies of preborn children killed by abortion are tossed in the medical waste bin or stored in an abortionist’s garage for decades, it isn’t shocking that many people don’t see miscarriage as a real loss. Women are often told to get over it or not to worry because they can have another baby — something people also say in order to coerce women into having abortions. But for all of Van Der Beek’s joy at the sound of his own child’s heartbeat he has also stated on Facebook that he is pro-choice:

Being ‘pro-choice’ does not mean ‘pro-abortion.’ It’s simply recognizing that we can’t know every woman’s situation any more than we can know for certain when & how souls come in, or what happens to us when we die.

From all appearances, Van Der Beek doesn’t necessarily like abortion, and it seems he knows that preborn children are human beings that “die” but feels that since he doesn’t know if those preborn babies have souls or what happens to people when they die, he can’t say that abortion is wrong. Unfortunately, that reasoning is broad enough to be used to kill a human being at any stage of life.

As for not knowing every woman’s situation, what Van Der Beek is essentially saying is that the value of human life in the womb depends wholly on circumstances or on the parents’ feelings about their child.

But women experiencing unplanned pregnancies shouldn’t be devalued, and neither should their babies in the womb; they should be offered hope and support, not platitudinous claims of “you can be a mother later,” or “you’re being a good mom to your other kids by having this abortion.” Women shouldn’t have to choose between their education and children, or their career and children, or paying their rent and their children. Every parent should be allowed to be as happy about their pregnancy and baby as Van Der Beek and his wife are.

Van Der Beek also claimed on Facebook that “Beliefs on abortion & when life begins differ as much as individual lives & realities.” But there’s a problem with this: when life begins is not a “belief.” It’s a scientific fact that life begins at fertilization.

For Van Der Beek, there’s a “new little Van Der Beek” in his wife’s womb and he gets to be “thrilled” about it. But perhaps Van Der Beek needs to consider that in other women’s wombs also reside “new little” humans, who should never be devalued and killed arbitrarily.

It does not make sense that for Van Der Beek and his wife, miscarriage is a heartbreaking loss, but other people who don’t have ideal situations should kill their children through abortion. Either preborn children are human beings that should be mourned when lost, or they are disposable ‘clumps of cells’ that we can destroy to celebrate women’s ‘freedom.’ You can’t have it both ways.