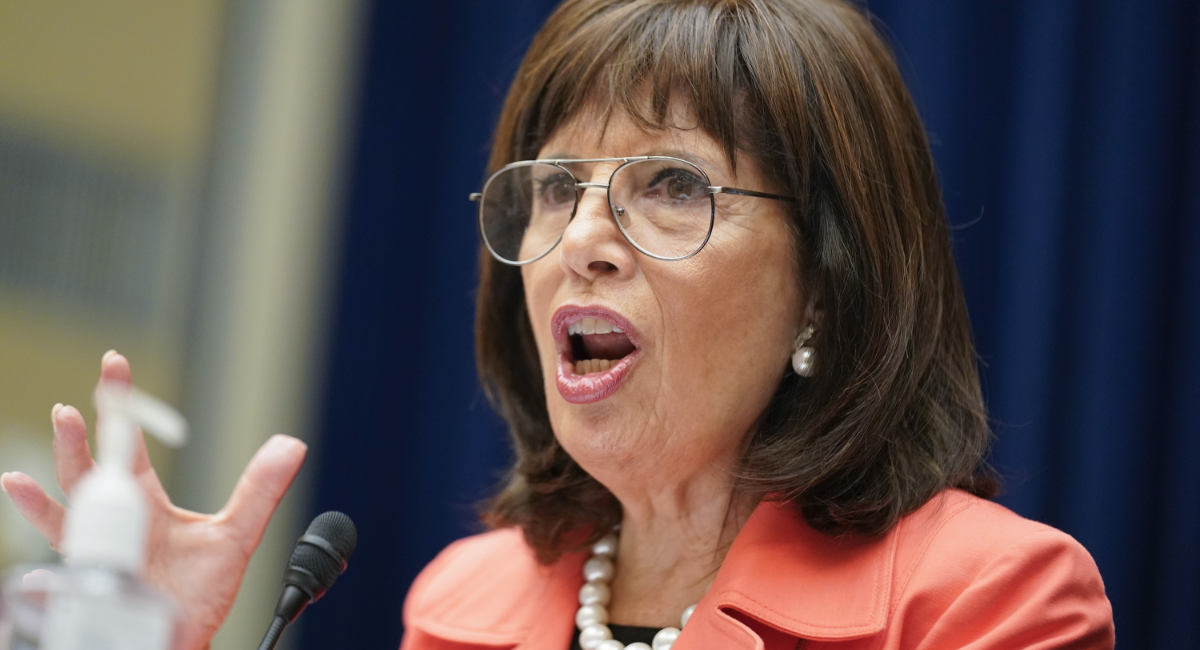 Representative Jackie Speier (D-Calif.) made a suggestion during a House meeting on Tuesday that the government move 128 military bases, simply because they are located in states that have laws protecting preborn children from abortion.

During her speech, Speier referenced a color-coded map, with states that have passed laws protecting preborn children following the overturn of Roe v. Wade in red.

“We have 128 military bases in red states that ban abortion,” she said. “Maybe we should just move these bases.”

She continued, “Now, that’s highly unlikely because we’ve invested so much, but it just begs the question about what are we really all about if we’re going to treat these servicewomen so poorly?”

Rep. Jackie speier (D-CA): "We have 128 military bases in red states that ban abortion. Maybe we should just move these bases." pic.twitter.com/hXv94AbOyd

Speier’s comments came as she proposed The Access to Reproductive Care for Servicemembers Act, a bill she co-sponsored with Rep. Jason Crow (D-Colo.). The bill would ensure that abortion is available to all members of the military regardless of what state they’re in, and it would pay for travel expenses for any servicemember to travel for an abortion.

Crow promoted the bill by calling abortion “essential” and a “moral thing.”

“That’s [abortion is] essential to the trust that’s necessary in the military,” Crow said. “It’s essential for our national security and of course, it’s the most moral thing, and the military needs to be the standard bearer of our values for our country.”

In a statement, Speier also claimed a lack of abortion may actually be a threat.

READ: Abortion pill led to incredible trauma: ‘I saw parts of my baby’

“Abortion access should be a right, not a privilege. Yet a recent study estimated that 40 percent of servicemembers will have no or severely restricted access to abortion services where they are stationed – something they have no control over,” she said. The fallout of being denied care will be catastrophic, as is the threat to our military readiness, recruitment, morale, and unit cohesion.”

Of course, these comments demonstrate the belief that women must kill their preborn children in order to be able to serve their country. Female soldiers have spoken out about the pressure they feel to have abortions in order to be good soldiers. But abortion is a violent act causing trauma for the mother and death for the child. It erases the future citizens of this country — citizens military personnel are commissioned to protect. Instead, pregnant women and their children need support and care.

Since the overturn of Roe v. Wade, there has been a drastic push by the Biden administration to protect abortion access for the military; just recently the Department of Veterans Affairs (VA) announced that it will commit abortions on pregnant women and their dependents in the cases of rape, incest, or if the health of the mother is in jeopardy. Despite this, Gen. James McConville, the U.S. Army Chief of Staff, noted earlier this month that the Army would not relocate soldiers who do not want to serve in states with strong pro-life protections. If Speier and Crow’s bill succeeds, it appears it would circumvent this decision by using federal taxpayer dollars to pay for abortion travel.