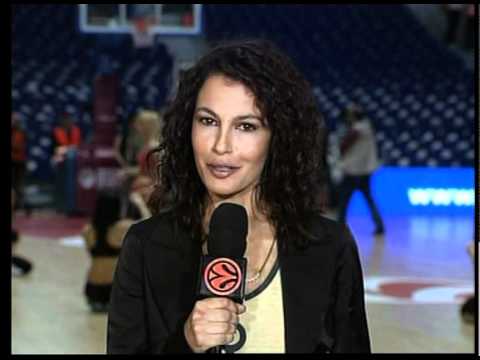 After a tragedy like a mass shooting, it’s understandable that people try to find ways to prevent them from happening again. However, one Twitter user had a suggestion that left people horrified: more abortions. Becky Griffin is an Israeli model, TV presenter and actress, and she took to Twitter to suggest that more people should have abortions to stop people like Cruz from perpetrating mass murders.

The nation is currently in mourning after 17 people were killed in a school shooting in Parkland, Florida. Nikolas Cruz, a former student at Marjory Stoneman Douglas High School, was the shooter, and he was also an adopted child who had mental health problems. His adoptive father had died several years prior to the shooting, and his adoptive mother died of pneumonia in November. He had since been living with friends.

Woman puts baby up for adoption, he grows up to be a violent young man who will spend the rest of his life in prison for a mass murder. Tell me more about how abortions are wrong. #Florida #ParklandSchoolShooting

The tweet immediately got backlash, but Griffin didn’t back down:

Lol. This drew so much attention by ppl jumping to conclusions like I think adoption is wrong, when all I said was that a woman who was clearly unfit to have a child — did — did NOT raise him — and maybe it could have turned out better if she could have made a CHOICE. https://t.co/sWFTuprsYF

She quickly jumped to the notion of mental illness being genetic — and therefore, Cruz again should have been aborted.

Mental illness is genetic. So if the shooter was mentally ill — guess where it came from? The parents who were unfit to raise him.

To all of you saying my mother should have aborted me — you’re right. She’s mentally ill, was unfit to be a mother, and caused nothing but pain to her family. She should have never had children but society conditioned her to be one.

She should have never been allowed to have kids. Ever. I’m sorry if this hurts the mentally ill people here, but maybe stop being selfish and narcissistic and recognize you have emotional deficits that can harm your own kids and family.

It’s horrifically offensive, but sadly, Griffin’s take is not unusual: people who are considered “unfit” should not be having children. People who are pro-abortion frequently defend the notion of aborting babies purely because of their race, socioeconomic status, or disability. Griffin’s argument in favor of aborting children to prevent crime isn’t unheard of, either; these screeds are often tinged with racism, as showed most notably by abortionist Ron Virmani, who said that people need to abort their “ugly black babies” because they will only grow up to be criminals.

Even pro-abortion activists were outraged at Griffin’s statements:

Wow. Dear abortion rights supporters – if you are using the fact that the Florida shooter was adopted to promote keeping abortion legal, you are doing it very, VERY wrong. https://t.co/UJ0aCDgMWV

There is no excuse for such horrific rhetoric. It is wrong, it is offensive, and it is often racist or — as in this case — ableist. Griffin should issue an apology, and perhaps do some soul-searching.