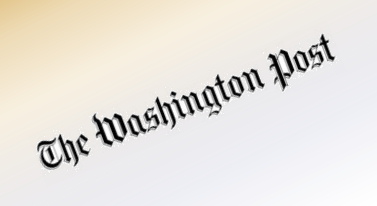 Lately, the mainstream media’s been doing a pretty good job of reminding pro-lifers that we hate women, but surely our malice isn’t limited just to women, is it? Of course not. Fortunately, dear readers, we have Washington Post columnist Courtland Milloy to remind us that we’re racist, too. Milloy claims the real intent of the pictured billboard, sponsored by Life Always’ “That’s Abortion” campaign, is to “shame the black woman, single her out by race and cast her body as the personification of sin and death”:

[T]he conservative effort now underway to overturn the court’s decision is not just being waged on women’s reproductive rights, but on the black woman as a person.

Do white women recognize the difference?

“When you add racism to sexism, oppression manifests itself differently,” said Paris Hatcher, executive director of an Atlanta-based women’s advocacy group called SPARK Reproductive Justice Now. “In this country, it’s okay to shame and blame the black woman, to pathologize and criminalize her behavior. Black women become the nannies, the mammies, the Jezebels.”

That must be it! Why didn’t anybody see it before? Apparently the rest of us were taken in by Life Always’ clever ruse of staffing its four-person Board of Directors with two black men and one white woman, leading us to naively infer that the billboards were motivated by compassion for the innocent black girls killed by abortion. How foolish of us!

Even worse, the “criminalization of the black woman serves to legitimize a sharp increase in the numbers of black women being incarcerated and the indignities they face behind bars,” such as poor Ashley McCray, who was shackled and forced to have a C-section in prison:

Testifying in February before the Georgia legislature, Ashley McCray, who is black, described what it was like being pregnant in the Cobb County jail — and giving birth while shackled.

After removing the chains that had been tightly wrapped around her swollen ankles and stomach— and leaving one wrist shackled to her bed — McCray was pressured to give birth. “Giving birth is painful enough on its own, but to tie me down to do it is torture,” said McCray, who spent seven years in jail after being convicted of embezzling from an employer.

Maybe this is just my ethnocentric ignorance talking, but I’m having a bit of trouble discerning the racism here. There are circumstances under which men are shackled as well, and Milloy gives no reason to believe white inmates wouldn’t be shackled during deliveries. The experience certainly sounds harrowing, but Ashley McCray’s race was no more a factor in it than her middle name.

“When we say ‘pro-life,’ we mean the whole life, where conditions underlying the abortion rate are addressed,” said Jasmine Burnett, lead organizer for Sister Song, an activist group in New York, as well as chairman of the mobilizing committee for Trust Black Women, a national coalition of black women’s rights organizations. “Those other pro-life groups ought to change their name because as soon as a black child is born, they stop caring about the life of the child.”

Yes, because nothing says “I Heart Kids” like advocating for their legally sanctioned dismemberment in the womb. Real compassion is defined by unconditional support for specific government social programs, regardless of concerns about cost, effectiveness, or implementation.

In this battle over women’s rights, the black woman and white woman have much in common. But race cannot be brushed off as a distinction without a difference.

All anger is not equal.

It’s fitting that Malloy ends with the vaguest of insinuations. Smugly asserting the prevalence of racism among one’s opponents is so much easier than refuting their arguments and evidence for the humanity of the unborn, accounting for disproportionate abortion rate of black babies, or explaining why so many black men and women—Dr. Alveda King, Star Parker, Rev. Jesse Lee Peterson, Ryan Bomberger, and Pastor Clenard H. Childress, Jr., just to name a few—stand up to abortion.

Apparently if you’re a black pro-lifer, then your race can “be brushed off as a distinction without a difference,” and white pro-lifers’ motives are to be distrusted because of their skin color. Who are the racists again?