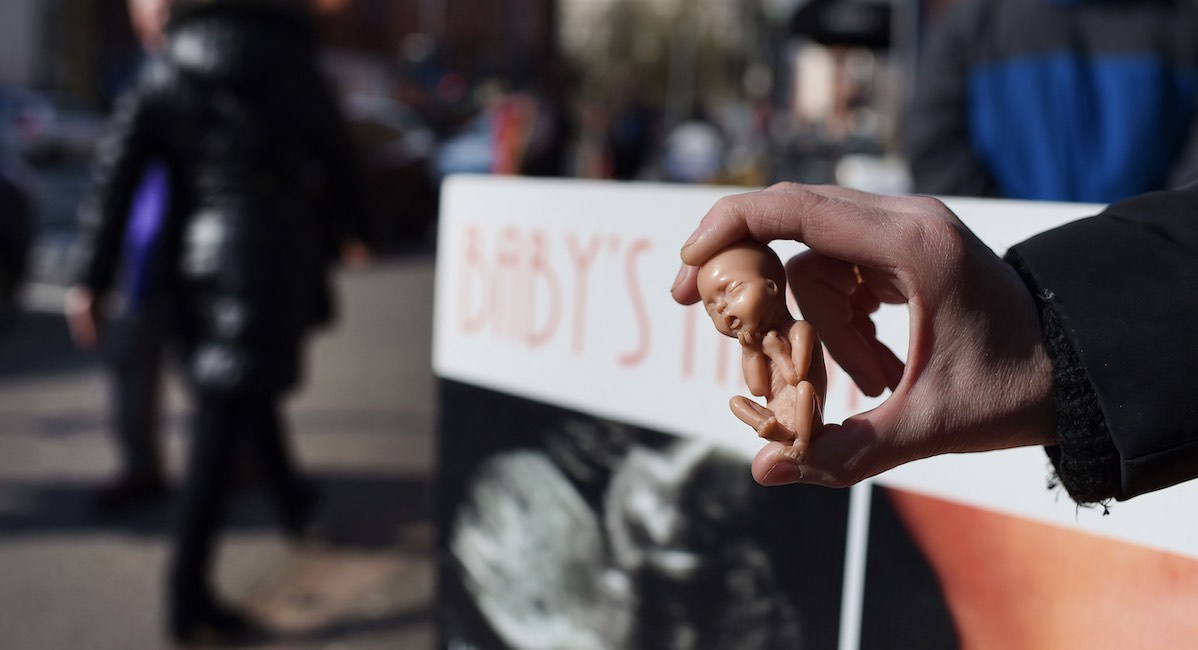 UPDATE, 12/15/21, 1:28p EST: According to the Pro Life Campaign in Ireland, “the Government announced today that it would be tabling an amendment on the foetal pain bill, to block it from moving forward,” the group wrote in an email. Group spokesperson Eilís Mulroy said, “The Government knows there is huge support for the idea of introducing humanitarian pain relief for unborn babies prior to late term abortions. They cannot keep running away from their responsibilities on the issue,” adding that such a law on fetal pain “is gaining momentum with each passing day.” Mulroy also noted:

On the very day that the Government is seeking to block the passage of the ‘Foetal Pain Relief Bill’, they are setting aside time in the Dáil to progress a bill on animal welfare. It is an affront to human dignity that in Ireland today animals have more rights than unborn babies. The Animal Health and Welfare Act of 2013 ensures that animals are given pain relief before procedures are carried out that could cause them any pain or distress. The very least we can do is provide the same for unborn babies before late-term abortions.

12/15/21: The legislature in Ireland is advancing a bill acknowledging the pain capabilities of preborn babies — while failing to protect their right to life — requiring that babies be given pain relief prior to being killed in an abortion procedure.

The Fetal Pain Relief bill, sponsored by 11 pro-life Irish lawmakers, would amend the 2018 act that made abortion legal in the country, adding a requirement for pain relief for a baby aborted at 20 weeks or later. The bill reads, in part, that “the medical practitioner who is to carry out the termination of pregnancy shall administer or cause to be administered to the foetus an appropriate anaesthetic or analgesic so as to prevent or relieve as far as practicable any pain being caused to the foetus during or arising from the termination of pregnancy.”

According to Pro Life Campaign in Ireland, “over 100 healthcare professionals, including 35 doctors and over 40 nurses, has urged TDs to vote in favour of progressing the Foetal Pain Relief Bill 2021 to committee stage tomorrow, Wednesday, 15th December.”

Catherine Robinson, spokesperson for Right to Life UK, called the bill “extremely modest,” but acknowledged it as a step forward for Ireland. “Even if there were doubt about whether or not the baby could feel pain, it is surely a matter of basic precaution and decency that we should assume the baby can, just in case we are unnecessarily causing grave suffering. Of course, introducing such measures doesn’t excuse the tragic injustice that is abortion, but failure to provide pain relief is an additional cruelty.”

The proposed measure applies largely to second trimester abortions. A second trimester abortion is known as a dilation and evacuation (or D&E) abortion. During the procedure, after the mother’s cervix is dilated and the amniotic fluid is removed, the preborn baby’s limbs and body parts are torn from his body piece by piece with a grasping instrument, and the baby’s skull is crushed and removed as well. Without pain relief, this extraordinarily violent death would also be extraordinarily painful.

For decades, science has shown that preborn babies can feel pain; more recent studies show babies experience pain as early as 12 or 13 weeks, casting into serious doubt the pro-abortion claim that the baby’s cerebral cortex, which is not fully developed until 24-25 weeks, is necessary for pain sensation.

As Live Action News has reported, doctors in the neighboring United Kingdom attempted to raise the alarm on this issue as well. And in fact, it is standard practice in the UK to provide a preborn baby with pain relief when performing prenatal spina bifida surgery, which typically takes place between 20-26 weeks – further acknowledgement in medicine and in law that preborn babies are human beings who feel pain.

According to the Irish Times, Minister for Health Simon Harris claimed that such measures could not be included in the original legislation, putting the deliberate killing of a child by abortion under the realm of “obstetrics.” He said, “the purpose of this legislation is not to regulate or dictate the practice of obstetrics. That is not what we do in this House. There is a very thin line that we should not cross where we move from being policy makers to being doctors. We have to be very conscious of that.”