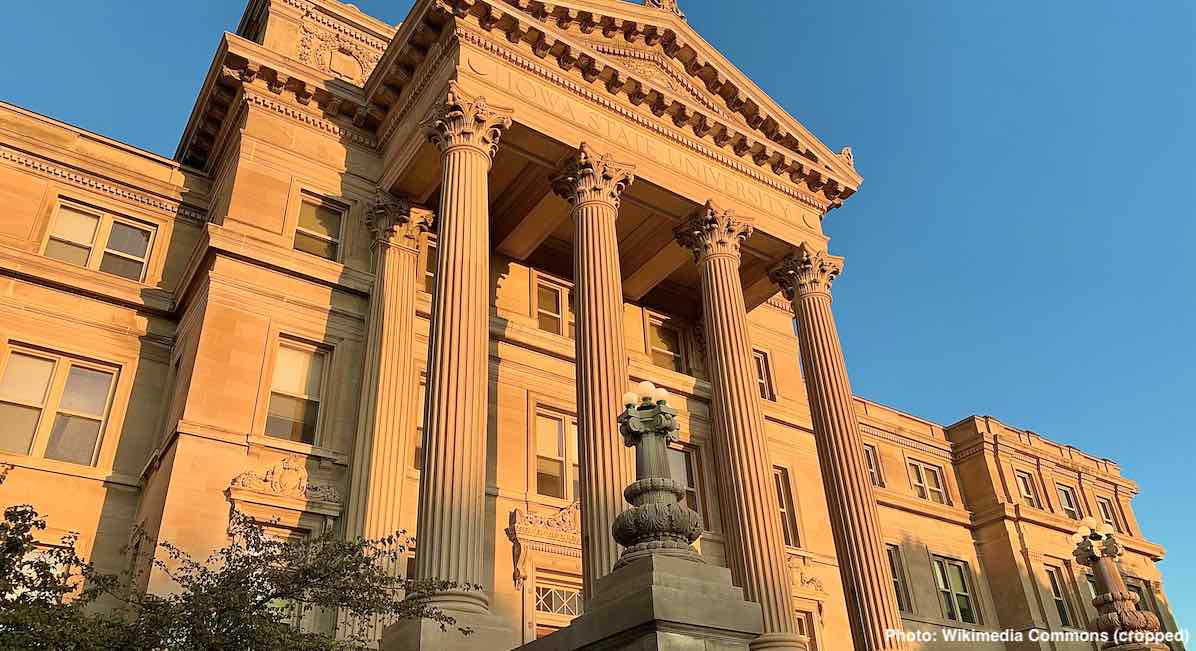 Students in Iowa State University professor Chloe Clark’s sophomore-level English 250 course were “warned” on their first day of class against publicly holding certain beliefs — including opposition to abortion. According to the class syllabus, obtained by Young America’s Foundation, students expressing any of the beliefs on Ms. Clark’s banned list in word or action would be “grounds for dismissal from the classroom.”

GIANT WARNING: any instances of othering that you participate in intentionally (racism, sexism, ableism, homophobia, sorophobia, transphobia, classism, mocking of mental health issues, body shaming, etc) in class are grounds for dismissal from the classroom. The same goes for any papers/projects: you cannot choose any topic that takes at its base that one side doesn’t deserve the same basic human rights as you do (ie: no arguments against gay marriage, abortion, Black Lives Matter, etc). I take this seriously. Earlier in the syllabus, Ms. Clark states that her class will employ so-called “monster theory,” specifically studying how “throughout history, monsters have served as the ultimate example of the ‘other.'” In a November 2019 talk entitled “Our Monsters, Our Selves: How We Can Think about Privilege and Othering through Monstrosity,” she gave further context for her definition of “othering,” saying that it occurs “when people judge or discriminate against groups or individuals outside of their race or class.”

Ms. Clark’s choice of abortion as a specific example of “othering” — which she writes in the syllabus “has long been one of the most effective tactics to isolate and control groups of people” — is remarkably ironic.

Abortion actually is a clear case of “othering,” but probably not in the way Clark thinks. Abortion advocates have long used dehumanizing rhetoric to argue that preborn babies “don’t deserve the same basic human rights as you do.” With slogans like “my body, my choice,” abortion advocates have often promoted a false dichotomy that pits mothers against their own children in a zero sum game of “rights.” In addition, Clark is clearly discriminating against those who hold pro-life, conservative beliefs in her own class on “othering.”

The icing on the proverbial cake in Ms. Clark’s syllabus came in a note that read, “monster theory… may contain violent or disturbing imagery… If at any point you would like a Trigger Warning before viewings/readings that may contain this imagery, please let me know and I’m happy to provide them!” The mental gymnastics required to reconcile Clark’s rejection of discussing the violence of abortion against vulnerable human beings and simultaneous embrace of stories that “may contain violent or disturbing imagery” in order to make a point about “othering” are truly mind-boggling.

Iowa State University responded to Young America’s Foundation by saying that Clark’s syllabus was “inconsistent with the university’s standards and its commitment to the First Amendment rights of students,” adding:

After reviewing this issue with the faculty member, the syllabus has been corrected to ensure it is consistent with university policy.  Moreover, the faculty member is being provided additional information regarding the First Amendment policies of the university.

Iowa State is firmly committed to protecting the First Amendment rights of its students, faculty, and staff. With respect to student expression in the classroom, including the completion of assignments, the university does not take disciplinary action against students based on the content or viewpoints expressed in their speech.