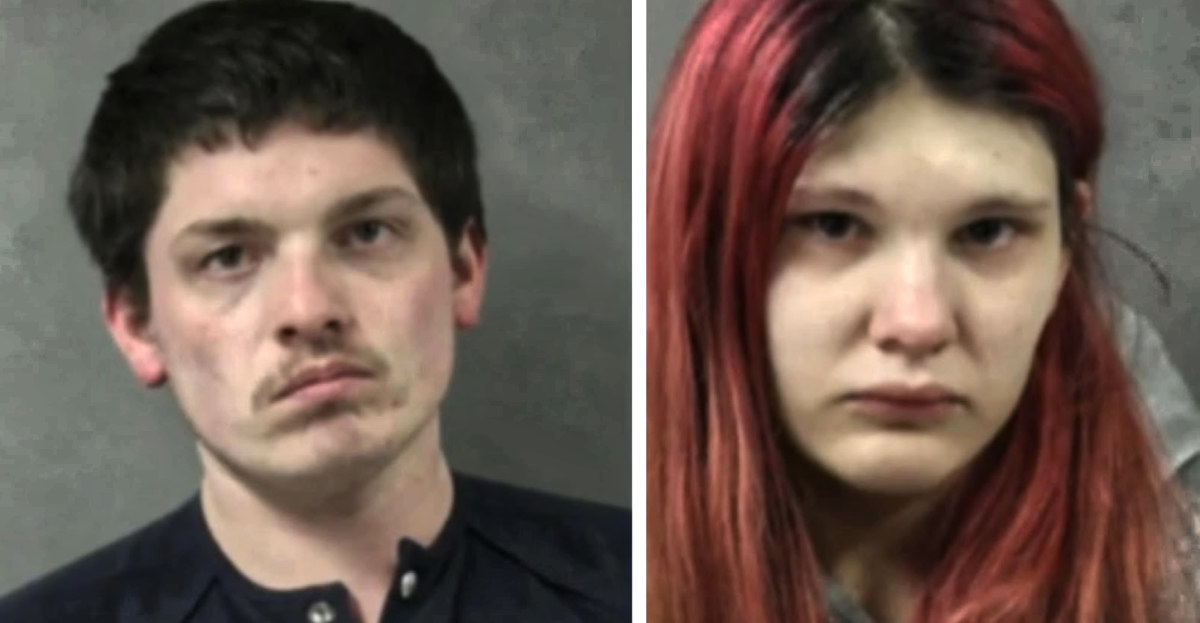 Last month, horrified Iowans learned a baby had mysteriously died and the child’s body was missing. On November 29, the Police Department in Fort Dodge announced a homicide investigation. They received a tip on November 22, that “a female had given birth to a [baby] at home, that the newborn was later deceased and the body was moved….”

A tight-knit city of 24,000, Fort Dodge is in the North Central part of Iowa. Local law enforcement worked to solve the murder, alongside community members and businesses, as well as 13 federal, state, and local agencies.

Two weeks later, on December 7, local police announced that they had made arrests in the case.

Brandon Thoma, 31, was charged with Class A Felony Murder First Degree and Felony Abuse of a Corpse. Bail is set at a $1 million cash bond and a $50,000 cash bond for discarding the body in an undisclosed location. He is being held in the Webster County Jail.

Additionally, Taylor Blaha, 24, was charged with Class A Felony Murder First Degree. Incarcerated in the Hamilton County Jail, her bail is a $1 million cash bond.

They appeared separately before the Webster County Magistrate Court on December 8. Both have preliminary hearings on December 15. If convicted, Felony Murder First Degree carries a mandatory life sentence, and a Class C Felony is a 10-year maximum prison sentence.

MOTHER OF THE CHILD HOSPITALIZED SEVERAL DAYS AFTER GIVING BIRTH

In her affidavit, Detective Amy Stringer of the Webster County Sheriff’s Office wrote, “on November 22, Law Enforcement received a call … reporting that a woman had been admitted to a hospital, that she had given birth to a baby at home and later [the baby] had been buried… Detective [Stringer] went to the hospital.”

During her interview, Blaha stated that they learned she was pregnant in April and that they are also parents to a two-year old son. According to her, Thoma has at least three children with different women.

MOTHER CONFESSES THE PAIR TRIED TO ABORT THEIR THEN-PREBORN BABY

She admitted they had attempted, unsuccessfully, to kill their child while still in the womb, but the method and number of attempts are unknown. Authorities later confirmed that their electronic devices revealed searches for “how to force a miscarriage.”

She gave birth on November 16 in their bathroom apartment. She asked Thoma for more methamphetamine due to her pain. Using scissors, he cut the umbilical cord. In a sick twist, they kept some as a memento.

The baby was reportedly alive, opening her eyes, and moving her arms and legs. They named her Kayleen Lee Blaha before they killed her.

PARENTS CLAIM TO HAVE ACTED OUT OF FEAR

Thoma later confessed that in their drugged haze, they worried they would lose custody of their children if authorities found drugs in baby Kayleen’s system. The baby’s crying caused them to panic. As Blaha sat in their half-filled bathtub, they both allegedly pressed down on the baby’s chest, forcing her underwater, until she drowned.

The next morning, Thoma left with a backpack containing baby Kayleen’s corpse and returned within 20 minutes, according to video surveillance. He reportedly did this so “that [the baby] could not be located to be utilized as evidence of a crime against them.”

Their text messages confirmed that he disposed of her body in a wooded area. Multiple searches yielded nothing. Later, Thoma led police near a landfill. However, after a two-day, full excavation, no body was found.

While searches have thus far been unsuccessful, officials remain committed. “We have not located the newborn, but that does not mean we won’t continue to keep trying to,” affirmed Fort Dodge Police Captain Dennis Quinn.

A $1,500 Crime Stoppers reward is available for credible information. Anonymous tips are accepted, and information can be given to the local police.

Blaha shared that they “had no intentions of keeping the baby.” Her sister was going to adopt her.

Adoption is only one of a myriad of legal options they could have chosen. Abortion is repugnant and, morally, always the wrong choice. The tragic reality is that, according to state law, Blaha could have aborted Baby Kayleen through the first twenty weeks of her pregnancy, as Iowa is currently an abortion sanctuary state. Tragically, if they had chosen to “legally” kill their preborn baby, they would not be facing imprisonment for the rest of their lives. They would be celebrated by pro-abortion supporters.

MANY LIFE-SAVING OPTIONS IN IOWA FOR PARENTS IN CRISIS

Had they decided against placing their baby with family, they still had several choices. This past June, Governor Kim Reynolds signed the bi-partisianly supported Safe Haven expansion. It is the second time in four years state lawmakers have strengthened this Act, one of the most expansive in the nation.

The Safe Haven Act was enacted more than 20 years ago, after a newborn baby was strangled and abandoned in a snowbank in Chelsea, Iowa. Over the last two and a half decades, nearly 50 children have reportedly been saved through this Act.

Under Safe Haven Act provisions, they were even allowed to leave her at a hospital or healthcare facility so long as they immediately contacted that location to alert them that a baby was left there or called 911 to confirm that someone on duty was aware of the baby’s location.

If they could not go to any of these places, the Safe Haven Act allows either parent or a person with parental authorization to call 911 and release custody to emergency responders, no questions asked.

Baby Kayleen’s parents had 90 days to release her through any of these channels, anonymously and without fear of arrest. Instead, they hatched a diabolical plan, lost two children and now face lifetime prison sentences. It is not publicly known who has custody of their toddler.