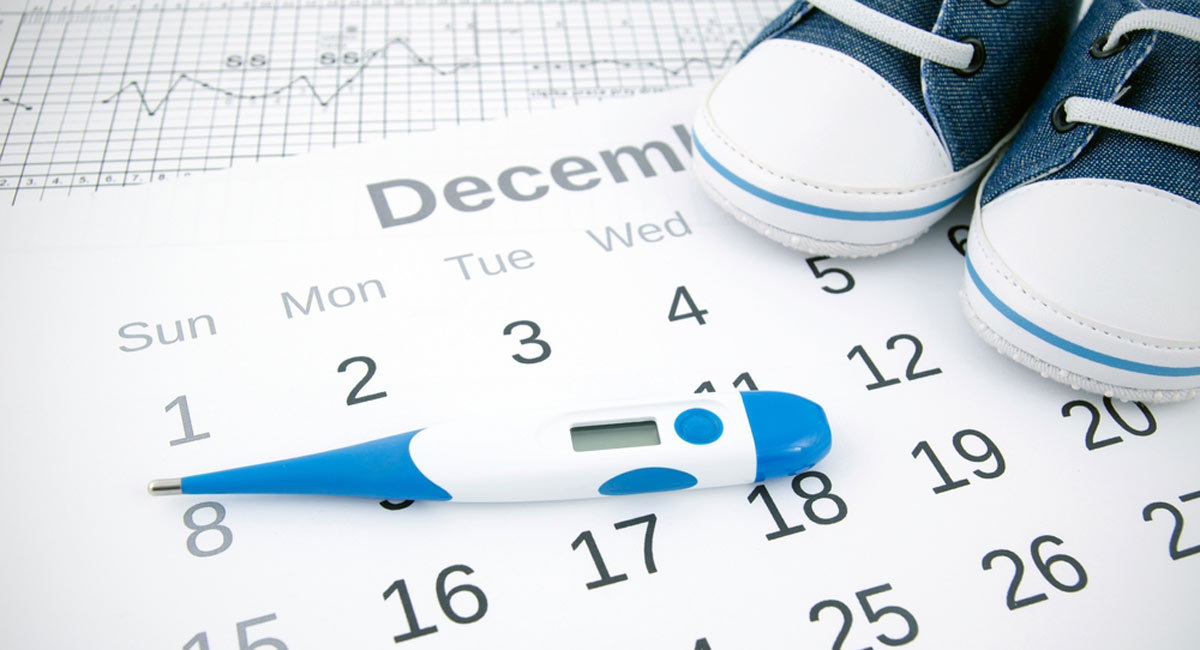 When Amanda Nichols and her husband Charlie were trying to become pregnant, Natural Family Planning (NFP) led them to the discovery of the causes of their infertility. And when Tara Horesowsky and her husband Bryan were ready to start having children, they were able to use NFP to know on which days they were most likely to conceive. NFP has been belittled by the fertility industry and birth control industry for years, with doctors telling women that it simply doesn’t work — but this couldn’t be further from the truth, and recent studies have shown how incredibly effective it is. NFP isn’t the rhythm method our grandmothers used, but rather a way of understanding one’s own personal fertility and making decisions based on each body’s unique rhythm.

After using their chosen method of NFP, the Horesowskys learned when they had reached peak fertility, and within a couple of months, they were expecting their first child.

“It was the most incredible news and it was so clear to us that NFP helped us prevent pregnancy when it wasn’t the right time, and helped us achieve pregnancy when we felt that calling,” Horesowsky told the Catholic Messenger.

There are a variety of ways to practice NFP, and every couple can choose for themselves which works best for them.

The Couple to Couple League/Sympto-Pro Method. Examples of the Sympto-Thermal Method are the Sympto-Pro Fertility Education and the Couple to Couple League methods. Through these, couples can combine the cervical fluid and basal body temperature methods in order to achieve pregnancy. By using a thermometer that measures her basal body temperature, a woman can take her temperature each morning before getting out of bed. Before ovulation, her temperature will be at her lowest and after ovulation, her temperature will rise about half a degree and remain elevated. By observing and charting these changes together, a woman can better track fertility and interpret her unique chart to find her most fertile days. Women who have irregular cycles can do well with this method as it is based on their own unique fertility.

The Marquette Model. With the Marquette Method of NFP, couples can use modern technology to monitor fertility. By using urine fertility biomarkers, along with the observation of cervical mucus or basal body temperature, couples use a fertility monitor that shows them when certain hormones have been detected in the woman’s urine which indicate ovulation is about to occur. It is easy to use and understand and when using the ClearBlue Fertility Monitor, women can look back on their cycles for the last six months to determine their personal fertility patterns or issues with their cycle.

The Creighton or FertilityCare Method. This method not only helps women understand their cycle, but is the basis for NaProTECHNOLOGY, a revolutionary method of achieving pregnancy for couples struggling with infertility. The Creighton Model FertilityCare System (CrMS) is built off of the Billings Method and requires the participation of both spouses. NaProTECHNOLOGY has helped couples who have been struggling with frequent miscarriages, premature births, abnormal bleeding, and ovarian cysts, as well as other fertility problems.

Couples who use NFP aren’t sitting on the sidelines of their fertility. They have taken control and are therefore able to know when is not only the best time to conceive but when to refrain from sex if seriously trying to avoid pregnancy. Over 6 million women in the United States struggle with infertility. In Vitro Fertilization is expensive, highly controversial, and has a success rate only as high as 30 percent per cycle. NaProTECHNOLOGY, however, has up to an 80 percent success rate for couples struggling with infertility through the use of charting along with medical or surgical restorative treatments that address the cause of infertility.

Nichols and her husband were struggling to become pregnant when they reached out to Dr. Monica Minjeur, who is trained in CrMS. Minjeur used NFP to help identify why the couple was having trouble conceiving because Nichols had been charting her cycles. Minjeur noticed that Nichols’ temperatures were lower than normal which was a sign of a thyroid condition. She was able to diagnosis Nichols with Polycystic Ovarian Syndrome as well, which explained infrequent ovulation. In addition, low progesterone was determined to have been the reason that they weren’t able to conceive even when she did ovulate. With changes in her diet and the addition of progesterone supplements, the couple was able to become pregnant and gave birth to a baby girl.

NFP has been disparaged by industries built on making money off of women’s bodies and fertility. But in reality, a woman’s ability to gain understanding and knowledge of her body and her unique cycle is empowering, allowing her to be freed from the constraints and health risks associated with hormonal birth control.