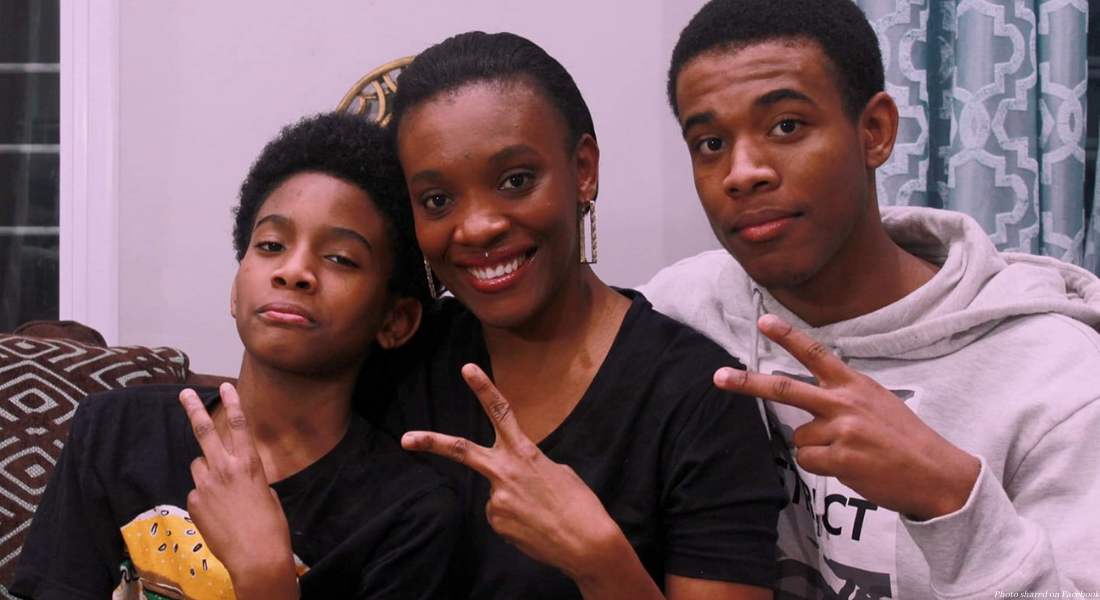 In 2003, Taayoo Murray was 21 years old, and a junior in college. She had just discovered she was pregnant, and not only embraced her pregnancy, but went on to graduate from college with honors.

Murray shared her story in an article for Romper, starting with the news of her unplanned pregnancy. “After sharing the consequential news with a childhood friend, her question encapsulated how everyone else would react: ‘What are you going to do?'” she wrote. “But unlike many other young women in my situation, I was ecstatic.”

Murray thankfully had a phenomenal support system. “In retrospect it was that naivete that enabled me to have a single-minded focus on making it work,” she said. “And it did work: I graduated on time and with first class honors.”

According to NPR, pregnant and parenting students typically have better grades and GPAs than college student without children. Yet they’re also less likely to graduate, and as Murray explained, it’s likely because most colleges don’t provide the support needed for students with families.

“There is a lot of outreach regarding birth control and preventing STDs, but almost nothing about support during pregnancy,” she said. “Childcare services are all but non-existent and on campus living is often not allowed for liability reasons. I know this from firsthand experience: I had to move off campus my junior year.”

Murray herself had to stick through her classes, even while battling morning sickness, and said she had to stand on her feet for six hours, at eight months pregnant, for one class in particular. Though she said it was difficult, she also said the faculty never made her feel unwelcome. “I started senior year seven months pregnant,” she wrote. “My entire focus was on completing my degree — even without knowing the empirical data about degree completion for college-aged women, I was convinced it was a now-or-never situation. This was my chance.”

READ: Getting pregnant in college wasn’t the end of my story, but the beginning

And the people around her made sure that her chance wasn’t wasted, doing all they could to help her reach her goals. “Lecturers would give us class breaks so I could eat between sessions,” she recalled. “Friends made sure their bathrooms were always clean so that I had a nice place to throw up. And family members tended to my every need — from driving me to class to tending to my cravings, it was always covered. My friends even threw me a baby shower, despite the fact that all of them, at the time, were unemployed.”

Murray is now 40 years old and has two children, one of whom is about to go to college himself. Though she said she’s ready for the next stage in her life, she’s still “remembering fondly all the persons who made those early days of motherhood possible.”

Many universities, as Murray pointed out, don’t provide the support needed to help pregnant and parenting students be successful. Grants for pregnant and parenting students are rarely available, on top of the fact that these students are often kicked out of their dorms, have no access to child care, and frequently don’t have services — like lactation rooms, changing tables in the restrooms, and family housing — available. Yet pro-life groups are often doing what they can to fill in the gaps, raising over $100,000 to provide things like “baby boxes” — which includes bibs, baby wipes, toys, clothes, and more — and diaper drives for parents on campus. Other pro-life groups have arranged babysitting services, so pregnant and parenting students have the opportunity to study or do schoolwork more easily.

With more support and resources, college students won’t feel that they have to choose between their education, and their families.