The use of graphic images of abortion victims in pro-life work is controversial even among pro-life organizations and individuals, and the debate continues over whether these images should be used to argue the pro-life case. Many pro-life organization, like the group Created Equal, consider the use of these images to be one of the most effective ways to change hearts and minds on the issue of abortion because they expose the truth about the violence of abortion. Seth Drayer, Vice President of Created Equal explained this reasoning in a recent video.

“We use abortion victim photography because these pictures provide objective, undeniable evidence that abortion is an act that tears apart an embryo or a fetus who is clearly a human being, and after all, as they say, a picture is worth a thousand words,” said Drayer. “So while it is true that you can have meaningful dialogue without these images, it is also true that no amount of words spoken or ink spilled could ever capture how horrible abortion is in the same way one single picture can.”

Drayer points out that abortion businesses including Planned Parenthood don’t want images of abortion victims to be seen by the general public, with abortion supporters routinely claiming the images are ‘doctored’ or ‘fake’. He shared that pro-abortion individuals often try to cover up the graphic images on Created Equal’s signs, and he asks them why they are attempting to hide the pictures if they support abortion. He explained that it is much easier to support abortion when it is viewed under the euphemisms of “women’s rights” and “choice.” However, when the truth that abortion kills actual human beings is exposed, and the violence is witnessed, justifying abortion becomes impossible for compassionate, caring humans.

Abortion is not neat and tidy like industry leaders would have people believe. It isn’t a simple procedure, but a violent assault on an innocent human being. Small, fragile, human bodies are destroyed in the process of abortion. Victim images expose the truth hidden by the abortion industry’s marketing tactics. 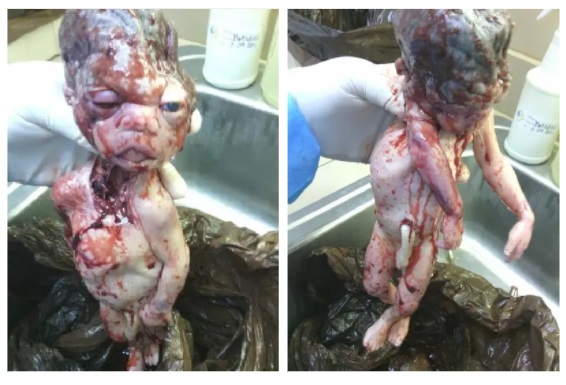 The abortion industry will continue to play on the emotions of well-intentioned individuals by convincing them that abortion is necessary to save the life of the mother or in cases of rape and abuse or if the child receives a heart-breaking diagnosis. Yet, there is never a justifiable reason to deliberately kill an innocent preborn child. Even if the mother’s health or life is at risk, her baby can be delivered alive in an emergency C-section or preterm delivery. The mother and child do not have to be put through a three-day abortion procedure that involves killing her child in order to save her life. Preterm delivery is not an abortion and neither is a procedure carried out due to an ectopic pregnancy.

The pro-life movement is not the first to use victim imagery in the battle to end injustice.

“As long as photography has existed, victim images have been used to expose injustice that might otherwise remain hidden,” said Drayer. “Think back to your high school or middle school days where you saw, probably for the first time, pictures of people killed during the Holocaust. Or think about efforts to expose the Rwandan genocide, efforts against slavery, or even anti-drunk driving campaigns. These use victim images.”

Those horrific images need no words to accompany them in order for the injustices surrounding them to be exposed. Without those images, the world may never have fully grasped just how inhumanely the victims were treated. The images of abortion victims are heart-wrenching and make people understand that there is a real victim in every abortion.

Though many abortion advocates have claimed that abortion victim images are fake, some abortionists have come forward to admit the truth about the violence of abortion.

During a panel discussion at the National Abortion Federation annual meeting, Planned Parenthood abortionist Lisa Harris spoke about abortion imagery and the abortion industry’s denial that the images are real: 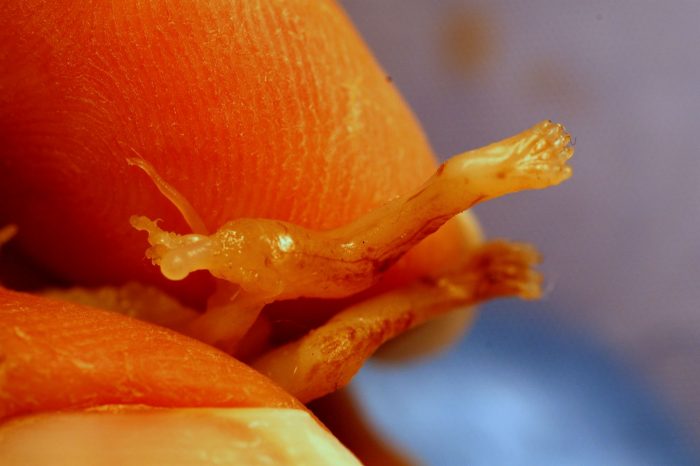 Abortionists’ descriptions of abortion match the victim images. Harris spoke about having “a small foot hanging from the teeth of my forceps,” and how with “a quick tug, I separated the leg.”

Likewise, an anonymous abortionist revealed in the book “M.D.: Doctors Talk About Themselves,” “Nobody wants to perform abortions after ten weeks because by then you see the features of the baby, hands, feet. It’s really barbaric. … The only way I can do an abortion is to consider only the woman as my patient and block out the baby.” He added that doing later abortions provided him with “a significant financial boon.”

What about the children?

Drayer points out that many individuals are concerned that young children will see the images of abortion victims and be traumatized by them. Young children are not the direct audience that Created Equal is trying to reach; however, he quoted pro-life apologist Stephanie Gray Connors, who said, “Which is worse: A child seeing an abortion image, or a child BECOMING an abortion image?”

Abortion images are difficult to look at because abortion is a horrific and inhumane injustice. The best way to change hearts and minds on abortion and finally end abortion is to shine a light on this darkness.