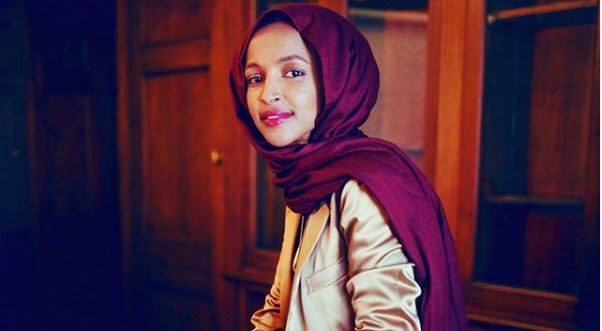 Representative Ilhan Omar professes to love immigrants, but she also seems to want fewer of them to exist.

On July 22, she voiced her support via Twitter for taxpayer-funded abortion for undocumented immigrants entering the United States. The Vox article Omar links to in her tweet laments the fact that immigrants are avoiding seeking abortions for fear of deportation. “No one should fear receiving medical care because they are undocumented,” said her tweet. “We must ensure that all people in our country have access to reproductive health care.”

No one should fear receiving medical care because they are undocumented. We must ensure that all people in our country have access to reproductive health care.https://t.co/bGuaS64HkL

Pro-abortion advocacy groups like the American Civil Liberties Union (ACLU) have been fighting with the pro-life Trump administration since 2017 to enable immigrant women, and even minors, to be granted state-funded abortions. Tragically, the ACLU won a court case that enabled a 17-year-old to abort her 15-week-old preborn baby, a case that led some to speculate that the U.S. could become an “abortion tourism” destination.

When pregnant immigrants are welcomed into the United States, promoting abortion for them declares that they are welcome, but their children aren’t.

This is not the first time abortion activists have reached such heights of hypocrisy in expressing outrage at the plight of immigrants. In March, then-Planned Parenthood president Dr. Leana Wen, who ran an organization responsible for the deaths of more than 320,000 preborn babies per year through forcible removal, tweeted: “Forcibly removing a child from their parent or guardian can cause lifelong physical and emotional harm to the child’s well-being.” Wen missed the irony that abortion forcibly removes a child from her parents and causes obvious harm to the child’s well-being: death.

Ilhan Omar, herself an immigrant, was born in Somalia and came to the United States in 1992 when she was 10 years old. She lived with her family for a time in Arlington, Virginia, before moving to Minnesota. A naturalized citizen, she was welcomed together with her family, and now serves as Minnesota state representative.

But despite the opportunities Omar was afforded by her mother choosing life and her family being welcomed into this country, Omar supports creating a society that encourages vulnerable immigrant women to deny those same opportunities to their preborn children.