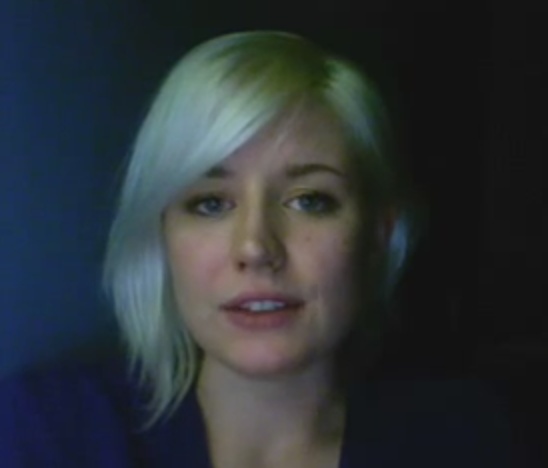 Earlier this year, the Abortion Care Network sponsored a video contest. The aim of the videos submitted was to “bust the stigma” associated with abortion. Many abortion advocates contend that it is strictly stigma, created by pro-lifers, that causes the shame that women feel after experiencing abortion. Blaming pro-life advocacy for the normal effects of abortion on women is a cheap tactic that doesn’t actually help women who are struggling with painful — sometimes traumatic — emotions after they choose abortion. But apparently, some women took the bait and submitted their videos. One of them was Emily Letts, who is an abortion counselor at Cherry Hill Women’s Center in New Jersey.

The video opens with Emily explaining her feelings and justification for the abortion. Giggling, she says “Yeah, I’m gonna be having an abortion tomorrow morning!” Emily’s video includes (non-graphic) filming during the abortion. The experience was anomalous compared with the recorded testimonies of many post-abortive women. The doctor was extremely friendly, Emily was smiling the whole time, and two clinic workers were present on either side of Emily to hold her hands during her child’s death.

This scenario does not resonate with many women’s experiences of abortion. New York Magazine chronicled appalling treatment by doctors and staff (one doctor flippantly “whistled show tunes” during his abortions), and organizations like Silent No More document thousands of negative abortion experiences. Our own Live Action investigations record unconscionable treatment of women by abortion facilities, including physical and psychological abuse and frequent violations of the law.

In post-abortive testimonies, women often recall being forgotten about, mistreated by abortionists and staff, lied to. And then there are the all-too-common incidences of death among women who went into an abortion mill seeking a “safe, legal, and rare” procedure only to exit in a body bag.

Emily concludes her video by filming herself about six weeks after the abortion. She ends with the following, bizarre statement (emphasis added):

It is about a month and a half after the procedure now. I feel like I talk to women all the time and they’re like of course everyone feels bad about this. Of course everyone is going to feel guilty,’ as if it’s a given how people feel about this. That what they’re doing is wrong. I don’t feel like a bad person. I don’t feel sad. I feel in awe of the fact that I can make a baby, that I can make a life. I knew that what I was going to do was right, because it was right for me. And no one else.