Stanton Healthcare, a woman’s care clinic offering pregnancy testing, ultrasound, counseling, post-abortion care, wellness care, and practical help and supplies for mothers and babies, is the sort of place that could put Planned Parenthood out of business. In Boise, Idaho, the Stanton clinic actually shares a parking lot with Planned Parenthood. The abortion profiteer has an issue with the Stanton mobile clinic taking up space in its shared parking lot, and has chosen to take the issue to court. But this is not the first time Planned Parenthood has shown its disapproval for its pro-life neighbors.

Red State reports on the ongoing battle Stanton’s Brandi Swindell has had with the abortion giant since moving in next door:

After years of networking and fundraising, Swindell has been able to purchase outright a building to house Stanton services. Those building just so happen to be the direct neighbors of a Planned Parenthood. From the beginning the abortion provider was none too pleased to see the pregnancy center open right next door. They immediately began making petty complaints, even calling police when Swindell sent her assistant to take pictures of surrounding business’s banners as to make sure their own met the size requirements. Their complaint? The assistant stepped on their grass.

Therefore, it’s not surprising that the abortion chain would go after Stanton for parking its mobile health clinic in the commons area of their shared parking lot. In an interview with Life Site News, Swindell explained the lawsuit:

Planned Parenthood is taking two routes of legal action against Stanton. The abortion company is using a “technicality” to claim that Stanton is “in violation of the covenants of the complex” in which it’s located, and claiming that the life-affirming, state-of-the-art mobile unit is creating a “nuisance.”

Planned Parenthood has claimed “we’re inviting other groups to come on our property which is creating a nuisance for them,” said Swindell. “They’ve made false accusations” of harassment, but Stanton has “very strict policies against that.”

The lawsuit details the complaints Planned Parenthood is making about the location of Stanton’s mobile unit — mainly that they believe Stanton is trying to “intimidate” abortion center clients and harass them, take pictures of them, and otherwise restrict them from entering the abortion facility. Swindell says these accusations are false, but Planned Parenthood is taking them to court anyway. 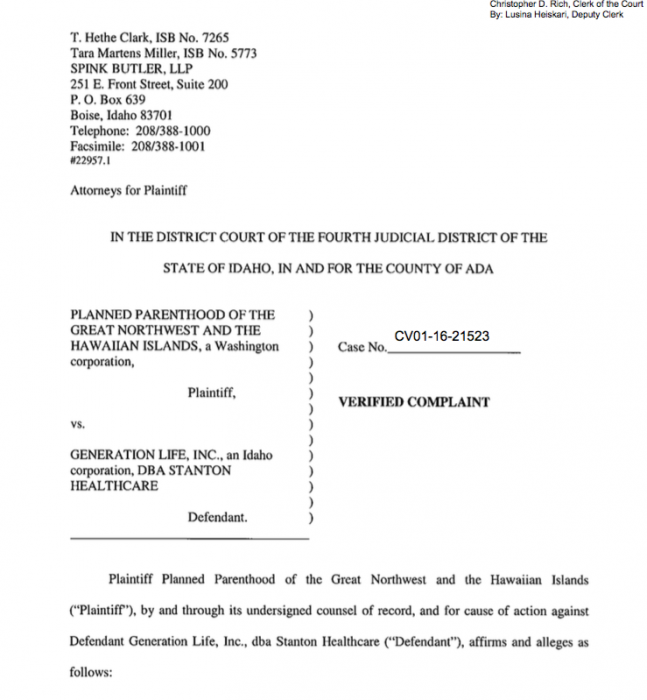 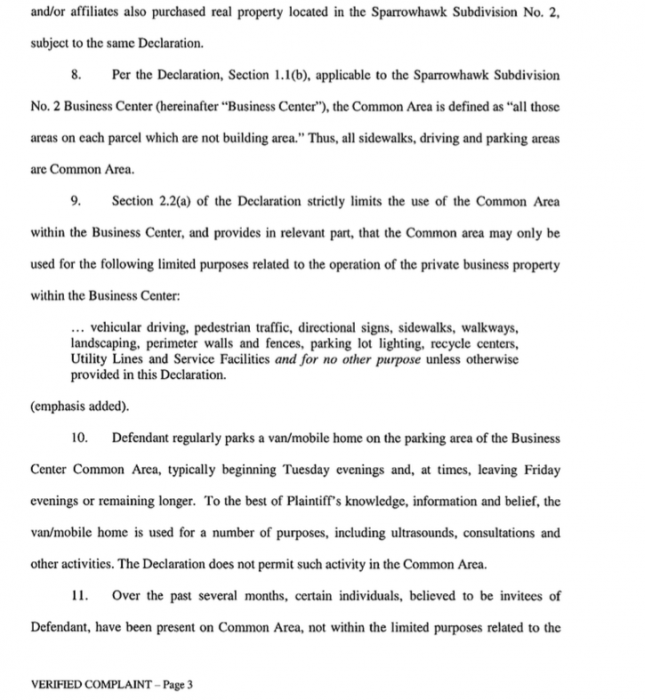 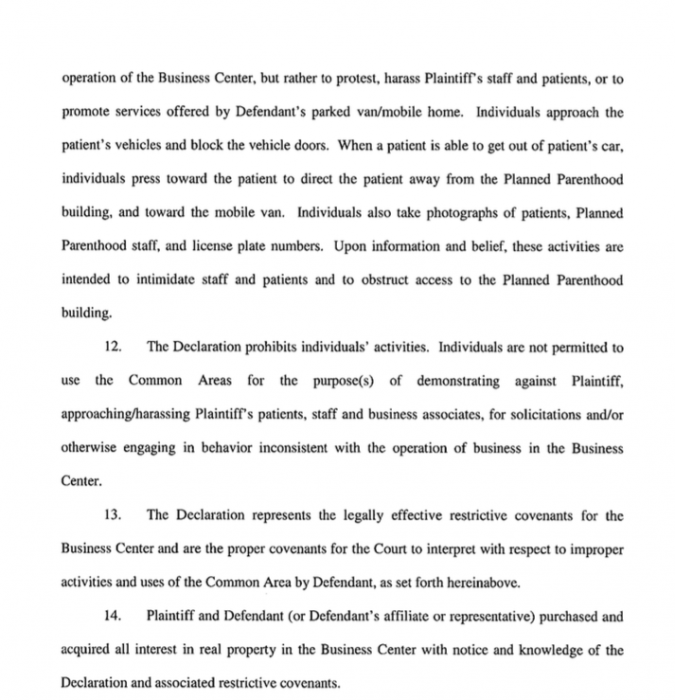 While PP simply hands out referrals for many vital healthcare services like mammograms and health screenings, the Stanton mobile clinic provides a full array of medical services, free of charge. The 35 ft. state-of-the-art RV includes an exam room, ultrasound equipment, baby supplies, maternity clothes, prenatal vitamins and a host of other medical necessitities [sic] for women who are left out of the healthcare system.

And that’s the issue that’s most disturbing about this suit. And as Swindell commented to Life Site, “Our standards of excellence are actually better than what Planned Parenthood has. And so for them to attack us… I take offense to it because their lawsuit and their desire to remove our mobile clinic is an affront to the women and the clientele that we serve.”

We know well enough that Planned Parenthood fights safety regulations and informed consent laws — laws which protect and empower women and enable them to make more informed decisions — even possibly choosing life. In opposing such measures, Planned Parenthood reveals that its business is really about “Abortion. No matter what.”

Stanton’s philosophy is stated at the bottom of its webpage in bold print: You are a woman of great value and dignity. We want you to know your options. Not just one option, but all of your options. We are here to advocate for you.

That philosophy is one with which Planned Parenthood can never compete. Where Stanton is about giving women healthcare free of charge, Planned Parenthood is about giving women abortions at a profit. The lawsuit’s legal jargon cannot mask the reality of the threat the abortion giant feels at its neighbor, who makes it a priority to care for the whole woman and her baby.