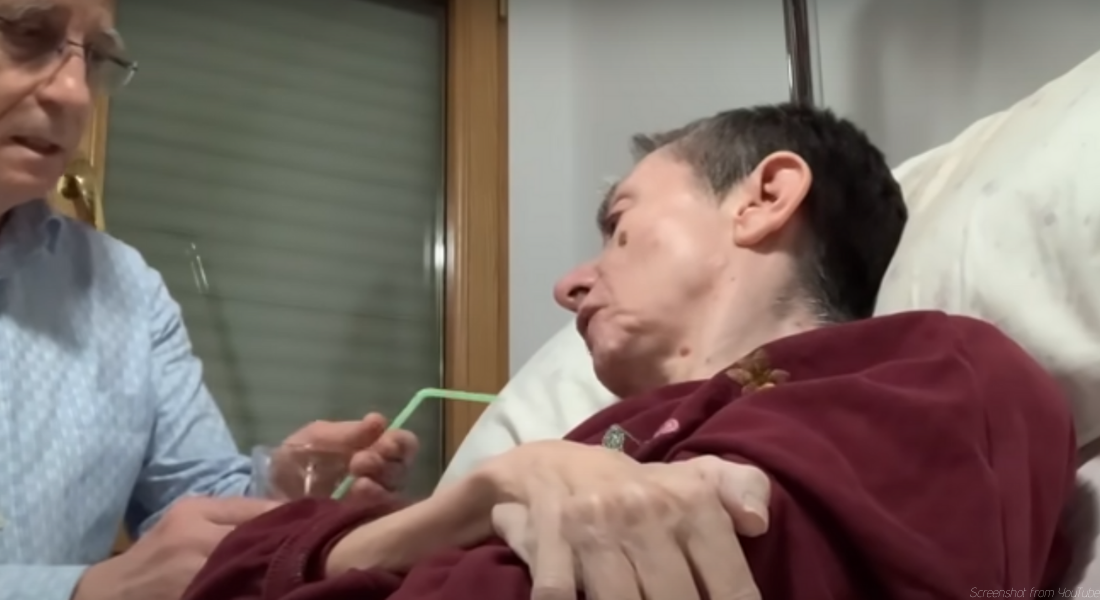 María José Carrasco was only 61 when she died, her death aided by her husband, Ángel Hernández. The couple, who lived together in Madrid, Spain, had been battling Carrasco’s diagnosis of multiple sclerosis (MS) for 30 years, and Carrasco said she was tired of living. Though Hernández had previously saved her life after a suicide attempt, he participated in her euthanasia in 2019.

A recent Los Angeles Times article written by Matthew Bremner glowingly described their life and eventual death together, beginning with a description of Carrasco sure to evoke sympathy among readers. “Her body was limp, her face sunken, and her mouth sagged into a scowl,” Bremner wrote. “But Carrasco wasn’t angry; she was nervous, uneasy even. Uneasy and in pain. She had endured multiple sclerosis for 30 years, and it was ravaging her body.”

Previously, Bremner said, Hernández tried to keep his wife alive and happy. “But as years passed, he began to question everything he had thought was kindness, everything he thought was generous,” Bremner wrote. “Was he trying to keep her alive for her sake? Or for his? Was he selfish?”


Carrasco and Hernández grew up in very different environments, but their differences drew them together. They never had children because, according to Bremner, “they did not want someone between them. They were for each other.”

In 1989, not long after they married, Carrasco was diagnosed with MS. According to Bremner’s description, she quickly grew depressed. “She grew embarrassed; she stopped seeing friends, she stopped going out,” he said. “She had to quit work as a court clerk. The outside world, which had once so enchanted her, began to taunt her with its possibilities.” In less than 10 years, she tried to commit suicide, and was saved by Hernández, who dedicated himself to taking care of her.

“By 2010, Hernández had to take early retirement. He was struggling,” Bremner said. “He woke Carrasco up, he washed her, changed her diaper, applied her creams. His own health began deteriorating. He had developed an excruciating hernia, which he aggravated the more he cared for her. He also doubted his motives.”

Death, according to Bremner and Hernández, was everywhere — in “his wife’s groans, in the squeak of her wheelchair, in the rattle of her pills.” And eventually, Hernández agreed to obtain some sodium pentobarbital for when she was ready to die. Even though assisted suicide and euthanasia are illegal in Spain, he helped her die anyway, with both of them hoping to “make a point” with her death.

“The plan was to record her daily suffering and show the world what it was to live with the burden of this disease,” Bremner wrote. “Then they would record the assisted suicide, and the moments before and after. Hernández would show his face despite the risk of prosecution.”

After helping Carrasco die, Hernández shared the video with the media and turned himself in to police. He said he won’t change his house, still filled with Carrasco’s belongings, until euthanasia is legal in Spain.

The people who most often are targeted for assisted suicide tend to be people like Carrasco: the elderly and the disabled, people who are the most vulnerable and at-risk. Yet contrary to popular belief, numerous studies published in prestigious medical journals like the New England Journal of Medicine and the British Medical Journal have shown that people largely aren’t opting for assisted suicide because they’re afraid of a so-called “bad death.” They seek euthanasia because they are depressed, afraid they’re a burden on their loved ones, or have no support. When these issues are addressed, the request to die is frequently withdrawn.

While it’s not clear if Carrasco was ever tested or treated for depression, Bremner’s article showed numerous warning signs. Even more concerning, it sent the clear message that life with a disability is no longer worth living. Hernández was clearly portrayed as burdened by his wife’s illness and opposing her death was painted as “selfish.” Carrasco’s life was framed in a wholly negative manner.

People with disabilities, no matter the severity, have lives worth living. The promotion of euthanasia around the world so people like Carrasco don’t exist anymore is another sign of the growing culture of death.