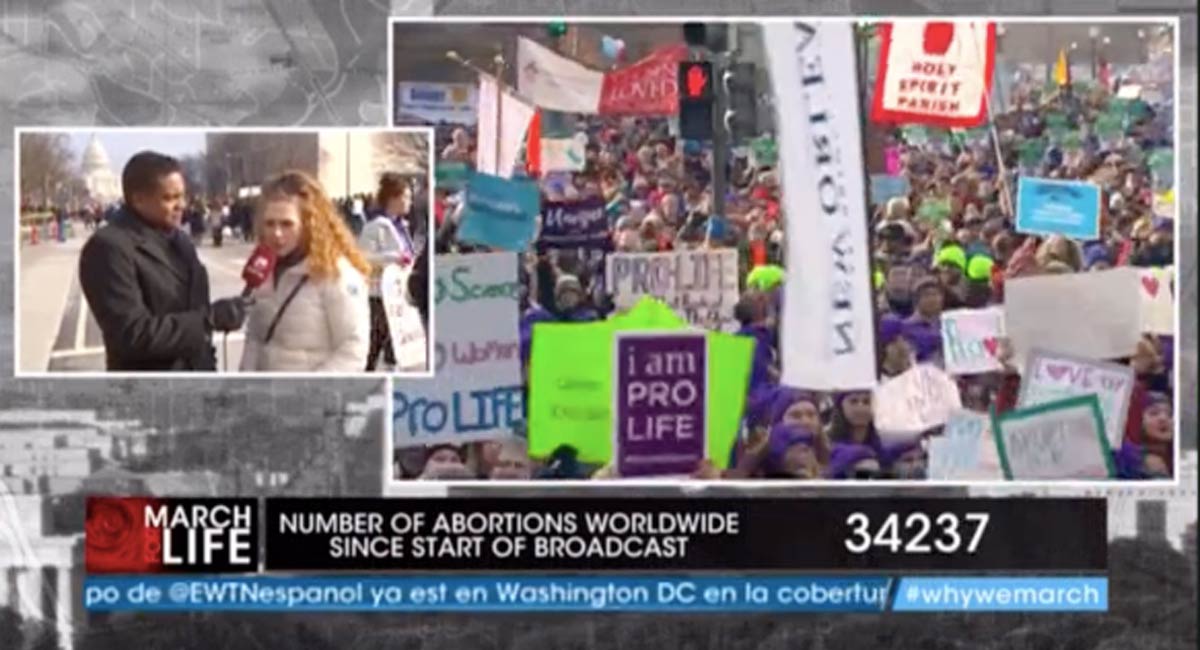 Hundreds of thousands of pro-life Americans are marching in Washington, D.C., today to stand against 46 decades of legal abortion in the United States. There have been nearly 61 million abortions since Roe v. Wade legalized the killing of preborn children for any reason at any stage in pregnancy back in 1973.

This year’s theme, “Unique from Day One,” highlights the scientific fact that life begins at conception and that medical and technological advancements support the pro-life cause. From day one, at the moment of fertilization, a new human being is created.

“This week, Washington will be the site of two opposing marches, one day apart,” she wrote. “Both will feature hundreds of thousands of marching women. Both will say they are standing up for women’s rights. But only one truly values the entire being of a woman, while the other asks her to reject a significant part of herself to ultimately become ’empowered’.”

Rose went on to say that the March for Life “values the entirety of a woman, including her entire biology and her ability to be a mother, and doesn’t put her at odds with the children she holds in her womb.”

Abortion is not necessary for women to be equal, and science proves that abortion ends the lives of human beings in the early stages of development. Legalized abortion in the United States was driven in part by pro-abortion men and sold to the women’s movement as the way to secure their equality. In reality, women are equal for being exactly who and what they are — without abortion.

“We are delighted to have these four pro-life champions speak at the March for Life Rally,” Jeanne Mancini, president of March for Life, said in a statement to the press. “The right to life is a non-partisan issue and, regardless of politics, we should all unite for life and stand against abortion, the greatest human rights abuse of our time.”

“Thank you for standing for life. It takes courage in this day and age to stand for your beliefs…be prepared to defend life but do it with gentleness…and with love.” – VP Pence on the phone at #MarchForLife pic.twitter.com/CaEyNAsJbR

Vice President Mike Pence called into the rally on Friday morning, saying, “Thank you for standing for life. It takes courage in this day and age to stand for your beliefs… be prepared to defend life, but do it with gentleness… and with love.” Pence will speak at the March for Life Dinner on Friday evening.