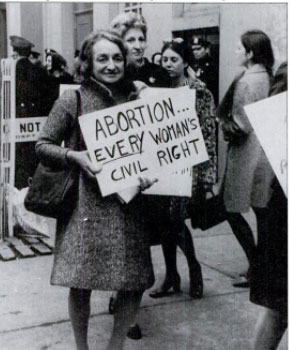 To the modern feminist movement, the National Organization for Women (NOW) purported to be an advocate for women in the same way that the NAACP was for the Black community. But deep in the foundation of NOW lay another agenda that would eventually drive a large number of women away: legalizing abortion. Today, NOW claims it was the first national organization to endorse the legalization of abortion, adopting a resolution on the “repeal of abortion laws” in 1967. But the group was founded in June of 1966 by a group of feminists including Betty Friedan, author of the 1963 book The Feminine Mystique, which never even mentioned abortion.

While Friedan stated publicly over the years that she was in full support of abortion, she was not in favor of it personally. In 2000, Friedan admitted in her memoir, “Ideologically, I was never for abortion,” adding, “Motherhood is a value to me, and even today abortion is not.” 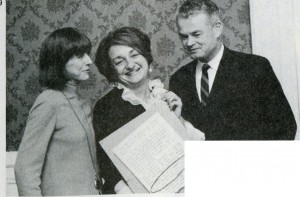 While Friedan identified injustices facing women in her day, she unfortunately ended up promoting the idea that women could gain “rights” on the backs of their dead children. “Our culture does not permit women to accept or gratify their basic need to grow and fulfill their potentialities as human beings,” Friedan told the New York Times in 1966, adding that women should enjoy the “equality of opportunity and freedom of choice which is their right….” Friedan later claimed that “the personhood of women” was what NOW was all about.

NOW was originally formed by 28 women. In September of 1966, NOW created a steering committee, which included some women and several men. One of those men was Richard Alton Graham, who became the organization’s first vice president. Graham, a member of the Equal Employment Opportunity Commission (EEOC) appointed by President Lyndon B. Johnson, once told Friedan, “what we need is a political force for women’s rights.”

In 1967, a list of proposals was offered at the NOW Membership Conference, including the alleged “right” to abortion.

“Friedan has saved the vote over the abortion resolution for last,” Browder writes of that meeting at the Washington, D.C., Mayflower Hotel. “Without warning, she suddenly shocks many delegates, including Marguerite Rawalt, by belligerently pressing for full repeal of all abortion laws.”

The purpose of this afternoon meeting is to discuss and vote upon two resolutions: A resolution urging the House and Senate Judiciary Committees to approve the Equal Rights amendment and to call the Ninetieth Congress to approve this amendment, for the submission to the States for ratification.

And a resolution endorsing the principle that it is a basic right of every woman to control her reproductive life, and that those laws preventing abortion should be repealed…. 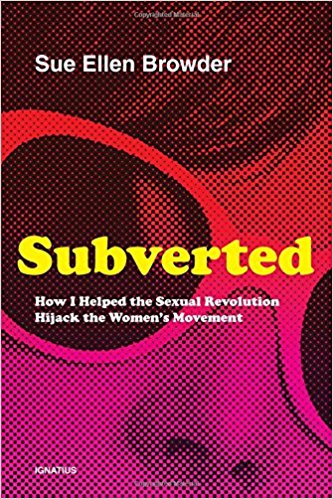 Rawalt, mentioned above, was a retired IRS attorney who served as a 1961 appointee to President John F. Kennedy’s Commission on the Status of Women. According to Browder, Rawalt had “serious reservations” about NOW endorsing abortion because she believed NOW should avoid controversial issues.

She was not alone.

One member noted that if NOW added abortion to its “Bill of Rights,” Catholic members would quit. Another member declared she was “against murder.” Some suggested the issue should be left to local chapters, while another member stated, “We must be cautious. We don’t want to be considered a NUT group.”

Friedan later acknowledged the opposition, telling a NARAL audience in 1989, “When I wrote the statement of purpose in NOW, I was going to include the right to abortion. And I was talked out of it, probably rightly. For heaven’s sake, we were doing this controversial thing…. There were many founders of NOW: Catholic nuns, very militant women… one respected their religious values – and they explained to me that this was too controversial and it might split the women’s movement.”

Browder says reasonable voices were drowned out by students and radicals who “ha[d] shown up in unexpected numbers to cast their votes for abortion.”

The first resolution was put to a vote. It failed (Yes: 32/No 42). Then, according to Browder, a second abortion-supporting statement was proposed. And, despite what Browder described as “bitter controversy,” that proposed abortion resolution passed with a vote of 57-14.

Friedan said 150 people attended the conference — yet only 71 voted. Browder was quick to note that the math did not add up: “What happened to the other thirty-four votes? Did those people abstain? Did they get tired of the fight and go home? The minutes of the meeting don’t say…. A great mystery remains.”

The final proposal to NOW’s “Bill of Rights” was published the following year, stating:

NOW endorses the principle that it is a basic right of every woman to control her reproductive life, and therefore NOW supports the furthering of the sexual revolution of our century by pressing for widespread sex education, provision of birth control information and contraceptives, and urges that all laws penalizing abortion be repealed.

Abortion quickly became a primary focus for NOW, which disturbed NOW’s founding vice president, Richard Graham. When he died in 2007, the New York Times mentioned his outspoken criticism, describing him as “publicly critical” of NOW, noting how he faulted “what he saw as its emphasis on abortion rights… at the expense of more general issues like child care and health care.”

So if Friedan was really not in favor of abortion, what drove her to push this radical agenda? This will be discussed in future articles.