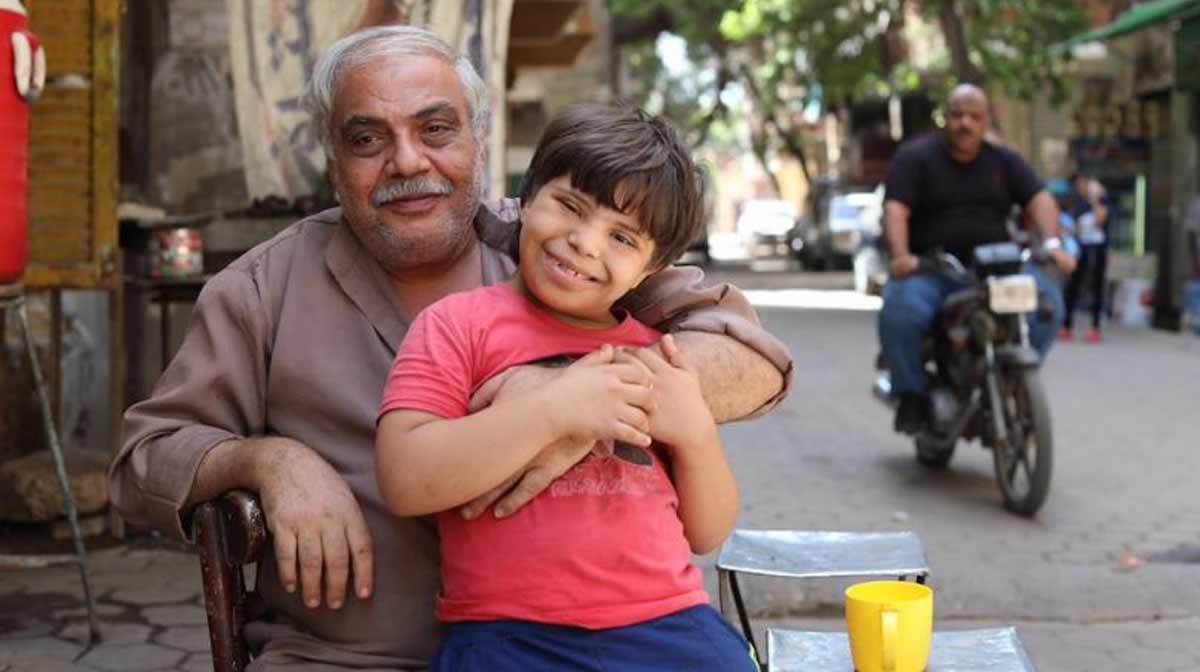 (LifeSiteNews) – One of the latest stories from the popular Humans of New York blog highlights a Cairo father’s absolute devotion to his son, and concern of what may become of the boy after he’s gone.

Humans of New York is a series of portraits of random people taken by photographer Brandon Stanton. They are accompanied by quotes from the subjects offering a window into their personal lives. The project began in New York City, but last month Stanton took a trip to Cairo to collect Egyptian perspectives and experiences.

A Monday entry depicted a father and his fifth son, Ibrahim, who has an unspecified special-needs condition. “I love him a little more because he needs it a little more,” he explained. Doctors recommended an abortion, which he “wouldn’t hear.”

“He was only three pounds when he was born. He needed half a liter of milk per day. I’d skip my own breakfast just to buy it for him,” the father recalls. “I took him to nurseries when he was very young because I wanted him to be comfortable with other children. I found a charity that offered speech classes, and I took him five days a week.”

The man is happy to give Ibrahim, who is his “whole world,” “anything that I have,” but fears for a future when he’s no longer there to do so.

READ: Post-abortive woman tells the world of her sadness through Humans of New York

“I’m getting old. I had a major heart episode two weeks ago. I collapsed in the street and all I could think about was him,” Ibrahim’s father reveals. “My wife can’t support him alone, and I’m afraid other people won’t be as nice to him. If someone makes him angry, he’s very difficult to control. But I have patience. I’ll hold him. I’ll pat him on the shoulder. I’ll do whatever he needs. I just hope he’ll always have someone to do the same.”

The story elicited more than 1,800 responses, with many people offering words of support and sharing similar fears and experiences of their own.

“As the mother of a special needs child I felt this deep in my soul,” one woman commented. “I can never die [because] I can’t leave my son alone. I fear all the same things. Who will care for him and understand him like I do. It’s such an immense fear I live with daily.”

One man suggested that Ibrahim’s four brothers will or should take on the responsibility. “I understand as a brother and someone who will have that responsibility one day,” he said.

“I have three sons and my middle child has autism. One day my older son who is only 6 says to me ‘momma, please don’t worry about Rey bear when you get really old and die I’ll make sure to take care of him, just make sure you’re old okay?’” another woman shared. The moment “made me realize maybe I’m doing something right after all.”

Another commenter responded to the doctor’s suggestion that Ibrahim be aborted.

The assumptions that “a life with a disability is not worth living” or “the lives of persons with congenital conditions is worth less than our comfort,” he said, are fruits of a “culture that does not truly believe that each person is intrinsically valuable, for themselves.”

“We don’t want to see the elderly, the sick, those with visible deformities or mental handicaps, because the narrative we live in is that our worth is dependent on our usefulness, our productivity and our attractiveness,” the reader suggested. “We look down on those that aren’t or [can’t] be those things and we don’t want to be around people who aren’t useful to us or our image.”

Editor’s Note: This article first appeared at LifeSiteNews on September 11, 2018, and is reprinted here with permission.