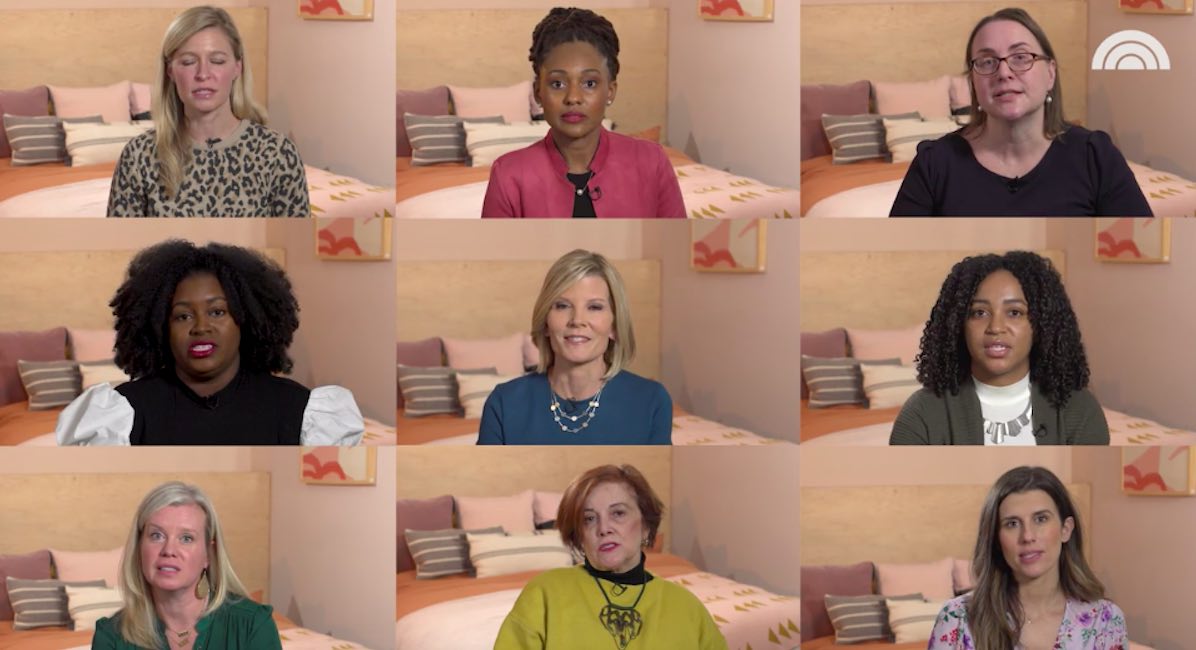 Earlier this year, TODAY.com ran a beautiful series called Miscarriage Matters, exploring nine women’s heartbreaking experiences of pregnancy loss. Through two video interviews in particular, these women shared their personal answers to common questions about miscarriage in an effort to bring greater awareness to an issue impacting up to 1 in 4 pregnancies.

Several women in the series experienced multiple miscarriages, including one who endured five losses. The gestational ages of their children at the time of loss varied — including one woman who experienced both a miscarriage (loss of a baby before 20 weeks gestation) and a stillbirth (loss of a baby after 20 weeks gestation). One woman’s miscarriage dated back to 1984, while another lost children as recently as February and July of 2019.

The women answered a variety of questions ranging from how they knew that they were experiencing a miscarriage to hurtful things other said after hearing the news to how they coped or memorialized their children:

The women’s experience of knowing that something wrong varied from a general feeling that something wasn’t right to sharp pain and “a lot” of bleeding to “I didn’t know anything was wrong” (until a doctor’s office visit) to “a missed miscarriage, where my body still continued to think that the pregnancy was happening.”

In one woman’s devastating recollection of the doctor’s office confirmation that her baby had passed away, she said, “I go straight into the sonogram room and the sonogram technician starts looking and I could tell that it wasn’t good just because she wasn’t saying anything. And then she said ‘I’m sorry, there’s no heartbeat.'” With tears in her eyes, the woman said, “Ten years later, it still makes me cry.”

Multiple women recounted that the experience of miscarrying naturally actually occurred over multiple days or even weeks. Several opted for dilation and curettage (D&C) to remove the fetal remains removed under anesthesia in order to have some definite sense of closure.

The humanity of their preborn children was a noticeable theme in the women’s accounts.

One woman lost her daughter at 18 weeks gestation, saying, “The hospital told me that I was in full-blown labor, even though it didn’t feel like it to me. I was able to deliver her vaginally, so I got to see her take a couple breaths before she passed away… She was very little, she fit in the palm of my hand. They did molds of her hands, they weighed her, they put her in a little outfit…. They took pictures of her as well — pictures that are very difficult to look at, but I would never get those memories back if I didn’t have those [pictures] there.”

A woman who miscarried her baby into the toilet recalled, “I think one of the most traumatic things for me was the following day or evening my mom asking me what I had done with my child. Not being advised on how to have a miscarriage at home, I discarded my child in the toilet and then had to deal with understanding that I should have had other options, but I didn’t know better.”

Another woman shared, “After the second miscarriage, I decided that I wanted to create something, so I crocheted a blanket. When I miss my babies, I’ll grab my blanket. It’s small, it’s not supposed to be a full blanket because it’s supposed to remind me that their lives were cut short.”

READ: How the stigma of miscarriage contributes to a culture of abortion

Regardless of gestational age, the women shared that their pregnancy losses significantly impacted them. One woman who lost her child at 10 weeks said that her “logical brain” struggled to reconcile being “only 10 weeks in” with a sense of “huge loss” and already feeling “so connected to that little thing growing inside me.”

A woman who interviewed for a new job just one day after her miscarriage described an “out-of-body experience because I’m in a room with people who don’t know me, who don’t know my story, and I’m doing my best to articulate all that I have to offer, and there’s a piece of me that died because I lost my baby yesterday.”

The woman who lost her daughter at 18 weeks noted, “A loss is a loss; it doesn’t matter when it happened gestationally.”

Every single woman empathized with the tendency to blame oneself and look back on the pregnancy asking if they had done something wrong. Most said they had heard very little about miscarriage before they experienced their own — yet once they felt the pain themselves and shared the news, each found that pregnancy loss was far more common in their friend circles or families than they ever imagined.

These women’s experiences are a tender, poignant reminder of the fragility of life and its inestimable value at any age or stage. As a society, we can serve women who suffer through child loss by acknowledging that their child’s life mattered and that grieving is okay. As one woman recalled, her own mother’s grief at losing a grandchild to miscarriage showed her “that my feelings were valid, and that it was okay to cry about it.”