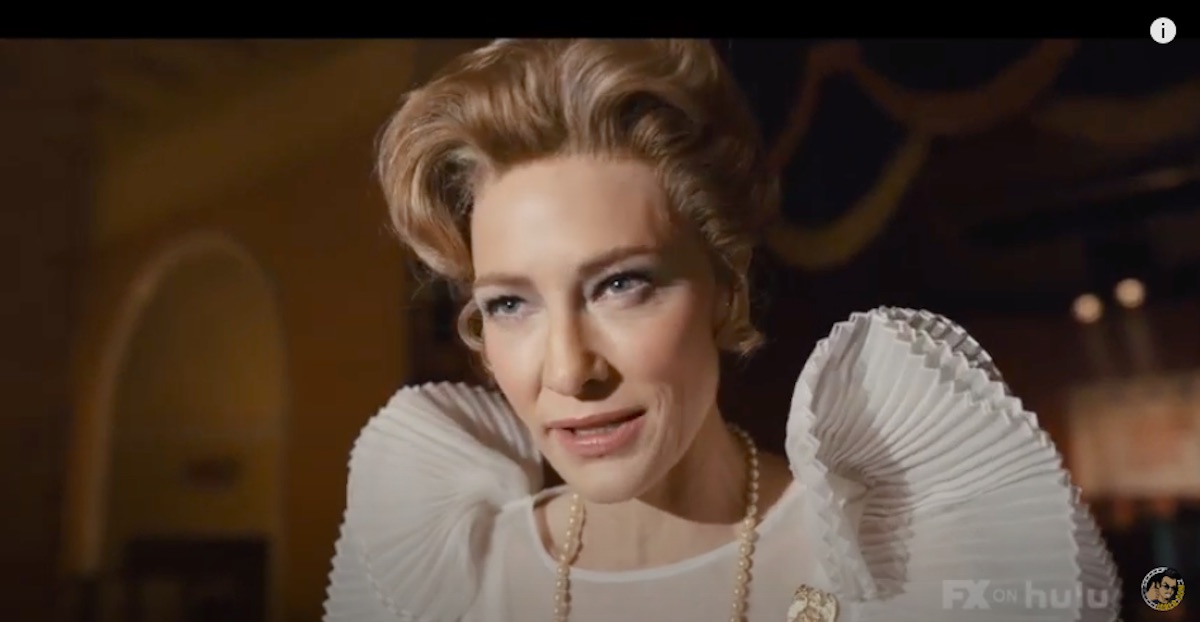 When Betty Friedan’s book, “The Feminine Mystique,” was published in 1963, it outlined legitimate grievances of women feeling isolated and unfulfilled in their homes. Referring to the problem as “this nameless dissatisfaction for women,” the original manuscript for Friedan’s book did not mention abortion or contraception. Her book was passionate, and it inspired women, but it did not indict them for motherhood. Rather, Friedan called for this new brand of feminism to be a pro-family movement.

Unfortunately, sexual liberation and misandry became the forefront of the movement, and this trend continues today. Women like Cosmopolitan editor Helen Gurley Brown (who charged motherhood with being an “insurmountable obstacle” for women) and Gloria Steinem (who likened marriage to prostitution) have won the public’s attention. Feminism’s intended purpose has been mostly forgotten by mainstream proponents of women’s rights, and nowhere is this point more evident than in the recent FX/Hulu series, “Mrs. America.”

Phyllis Schlafly, the woman who exposed the emptiness of the Equal Rights Amendment and aided in its defeat, is portrayed with unrestrained bitterness by Hollywood elites. Depicting the battle within the 1970s over the ERA, there’s one side of the women’s movement the series sets up as the heroes, and it isn’t Schlafly’s. Though Schlafly was Harvard University-educated and a courageous mother of six, her television counterpart, played by Cate Blanchett, bears no resemblance to the actual woman. A Wall Street Journal review of the series says Schlafly’s fictional portrayal possesses a “thwarted ambition,” plagued with “gender bias” that she is said to be unable to see due to being “blinded” by “resentments and calcifying rage.”

In reality, Schlafly and the homemakers she trained to debate ERA supporters were significantly lacking in rage and made their principled case through facts. Not only would the ERA fail to place women in the Constitution, as it only vaguely mentioned “sex,” Schlafly and her followers highlighted the negative ramifications the amendment would have had for women. In addition to subjecting them to the draft, protections such as real-estate dower laws, child support, and alimony would have been stripped away.

Yet, the ERA had the support of the media, Hollywood celebrities, and the 30 states that had decided to ratify it as the amendment was debated from 1972 to 1982. If only eight more states had voted in favor, then the ERA would’ve made it into the Constitution. Its supporters had deemed it necessary in order to rescue women from second-class citizenship by granting the federal government power to prohibit different treatment of the sexes. ERA supporters saw this as liberating to women, though it would have revoked the equal rights women had. ERA feminists declared the amendment would give women better jobs and improve their pay in the workforce, but Schlafly and her followers refuted this point as well. Congress had already protected women’s employment through the Equal Pay Act of 1963.

Those who called for the ERA to end the legal oppression of females falsely claimed the Constitution does not mention women. Schlafly and those opposed to the ERA offered a factual refutation once more, citing the document’s use of gender-neutral words, such as “we the people,” “resident,” “citizen,” and other terms that are applicable to both sexes.

The ERA‘s supporters became desperate when it was given a deadline of seven years. With the media covering their fight to pass the ERA, feminists rallied behind their slogans of “A woman without a man is like a fish without a bicycle” and “Mother Nature is a lesbian.” The reporters giving them attention ironically created a public relations disaster for ERA-feminists, as it meant people were able to actually hear their message. 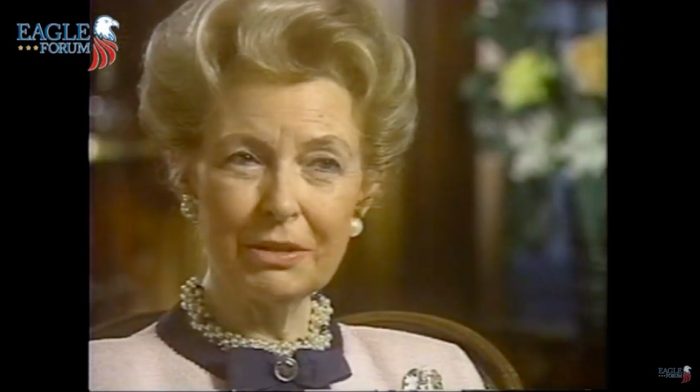 But as it turned out, abortion on demand and the scorning of motherhood were not so palatable to the rest of society. It became easier for the public to see the truth Schlafly had spoken about the ERA: its supporters were more concerned with winning superfluous cultural battles instead of caring for the needs of women. Despite their scorn of it, Schlafly’s efforts proved marriage’s empowerment of women, and the effectiveness of honoring the distinctions of the sexes. This included, of course, women’s unique ability to carry and nurture children.

The ERA failed to pass, but that did not halt attempts to ratify it. Radical feminists increased the fervor of the battle by writing the names of legislators in pigs’ blood on the Illinois Capitol’s marble floor, mailing bags of chicken manure to senators, and chaining themselves to the doors of the legislative buildings. These angry demonstrations did not stop the ERA from expiring at midnight on June 30, 1982.

In contrast, Schlafly and her team delivered complimentary notes and baked goods to legislators. They lobbied their state houses and engaged in public debates to champion their cause. Traditional feminist principles won, and cultural elites have been resentful about it ever since. As modern feminists attempt to resurrect the ERA from the dead, we can see why Hollywood has decided now is the time to smear the opposition. See an a short documentary on Schlafly produced by Eagle Forum below:

Though Schlafly and her husband are said to have enjoyed a loving marriage, Mrs. America depicts Schlafly being raped by him, attempting to assert the idea that Schlafly only held her beliefs because she was oppressed by her husband and the patriarchy. The Schlafly in the show is a “monster” who caused the defeat of the ERA, showcasing a revisionist history with the intention of rallying a base that does not know the truth. Unfortunately, Schlafly is deceased and cannot defend herself, and the show’s producers did not bother to investigate her life story. If they had, perhaps viewers would have seen more the woman who inspired women to be empowered, not victims.

In addition to aiding in the defeat of the radical ERA, another reason why Schlafly is despised by mainstream proprietors of feminism is this: She accomplished what the feminist movement has failed to do for years. Schlafly united diverse groups of women behind an intentional purpose, exalting femininity and encouraging a lifestyle that has brought women more happiness than the sexual revolution ever did.