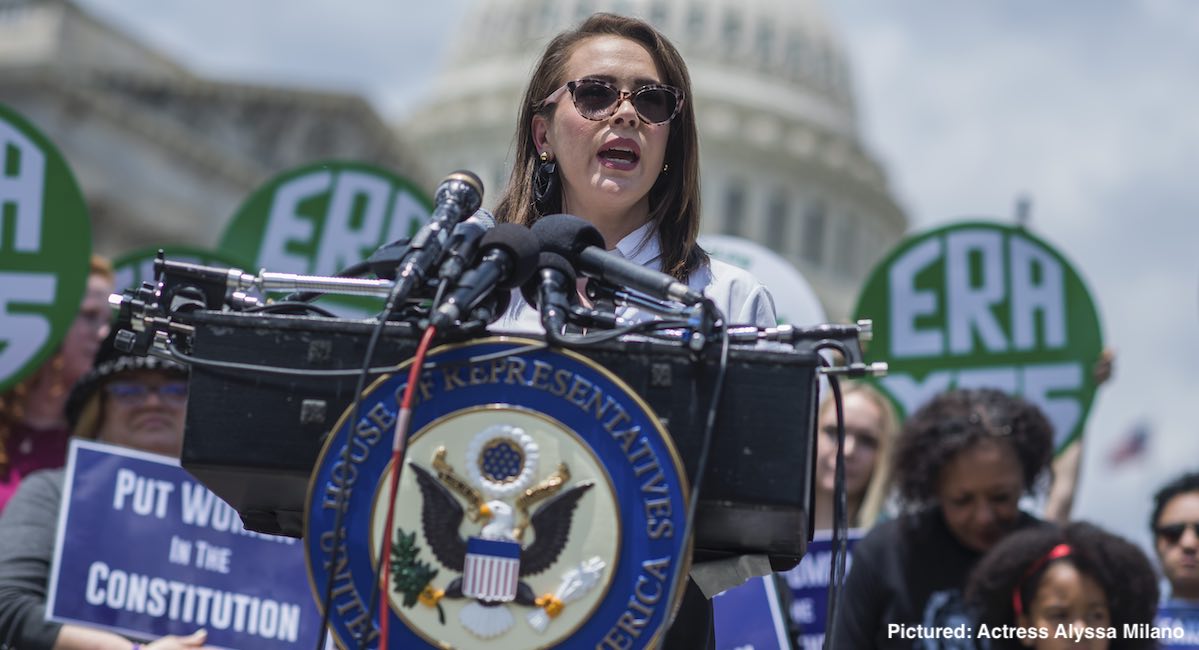 2/11/20: Yesterday, a Committee in the U.S. House took the first step to resurrect the Equal Rights Amendment (ERA). While some feminist organizations claim the ERA is necessary for women to achieve equal rights in the United States, the reality is that the ERA would set women’s rights back. In fact, Supreme Court Justice Ruth Bader Ginsberg once admitted if the ERA passed, “at least 800 federal laws would likely be struck down – laws aimed at protecting women.”

The Congressional Budget Office reported that, if passed, H.J. Res. 79 would “permanently reopen the ratification process for the amendment by eliminating the deadline.” Right now, any additional states’ passage or ratification of the ERA is null and void, as the deadline for the proposed constitutional amendment has long passed without enough valid support. However, pro-abortion members of Congress believe they have an opportunity to revoke the current deadline and allow the ERA a second chance. Even if Congress passes H.J. Res. 79, and if states were to take advantage of the eliminated deadline, there would likely be a court battle over the validity of such an attempt.

According to The Washington Examiner, the attempt to revive the ERA will likely fail anyway:

Even if the Senate cleared the measure, the Justice Department has ruled it would be unconstitutional.

House lawmakers must start over if they wish to ratify the ERA, the Office of Legal Counsel ruled in January.

“Congress may not revive a proposed amendment after a deadline for its ratification has expired,” the OLC wrote. “Should Congress wish to propose the amendment anew, it may do so through the same procedures required to propose an amendment in the first instance.”

In addition to the legal troubles a resurrection of the ERA would face, there are inherent problems for women and children in the attempt. Live Action has signed onto a letter dedicated to exposing the underbelly of the ERA. The video below explains how the ERA is really all about abortion — not women’s rights.

As Lila Rose stated in a tweet last year:

It would help enshrine abortion in the Constitution

The ERA is a tool for the abortion industry w/ “equality” for a smokescreen https://t.co/g6EOyl6Qxi