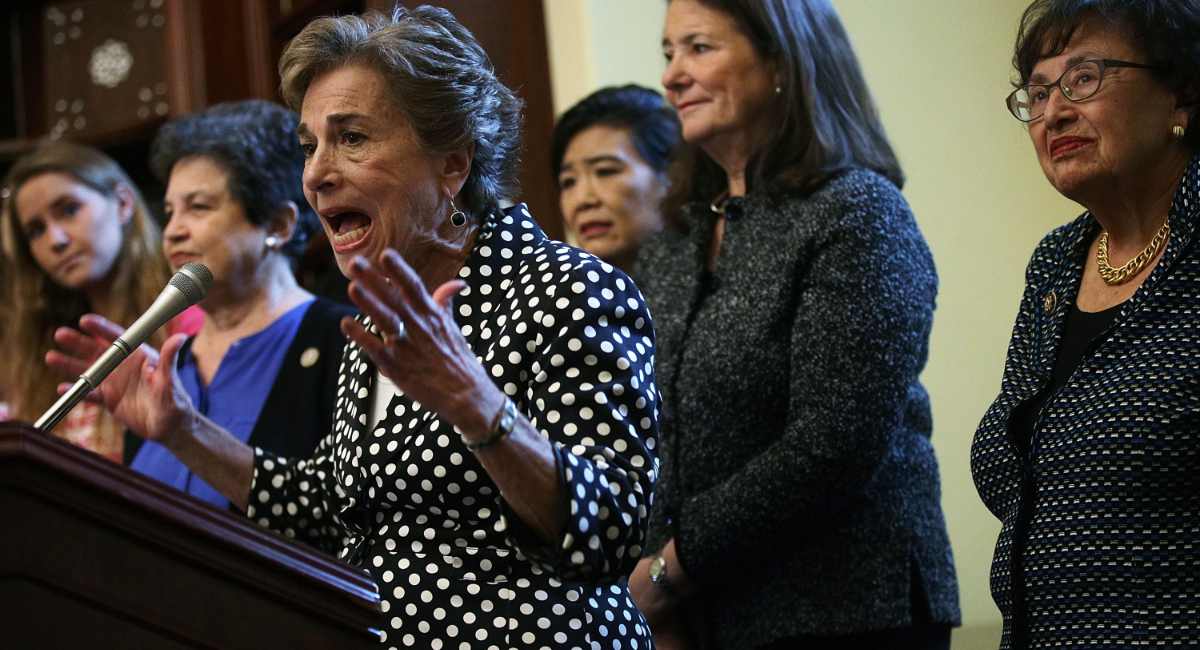 On Thursday, pro-abortion House members passed appropriations bills removing amendments that have long protected federal taxpayers from funding most abortions. One of those was the Helms Amendment, which was excluded for the first time since its 1973 introduction in a State Department and foreign assistance spending bill passed Wednesday. For 48 years, the Helms Amendment has prohibited U.S. foreign funding from paying for abortions through the foreign assistance spending bill, but abortion advocates have brought that bi-partisan agreement to an end.

The state, foreign operations and related programs bill, an annual appropriations package that details U.S. foreign spending, had included the Helms Amendment since the Supreme Court ruling of Roe v. Wade to ensure that U.S. taxpayers were not forced to pay for international abortions. The amendment did not prohibit federal funds from helping women with post-abortion care but did help ensure women were not coerced into abortions they did not want.

CLICK HERE to urge your Senators to reject the forced taxpayer funding of abortion!

According to The Hill, the full spending bill passed in a tight vote of 217 to 212. In addition to excluding the Helms Amendment, the legislation includes a permanent repeal of The Protecting Life in Global Health Assistance Policy — also known as the so-called Global Gag Rule — which blocked funding for overseas organizations that committed abortions or referred for abortions.

Also included in the bill is $760 million for family planning and reproductive health services — an increase of $185 million from the year before — and $70 million for the United Nations Population Fund (UNFPA), an increase of $37.5 million from the year prior. The UNFPA in recent years has attempted to label abortion as a human right and has said that member States must provide abortion in cases of rape, incest, fetal non-viability, and when the mother’s health or life is at risk. Research has shown that when the government pays for a product or service, the use of that product or service increases, including abortion.

According to Newsweek, 75% of Americans oppose funding international abortions with taxpayer dollars, including 61% of those who consider themselves to be ‘pro-choice’. Likewise, a 2021 Marist Poll found that 77% of Americans oppose using tax dollars to fund overseas abortions, including 64% of those who consider themselves ‘pro-choice’. It should also be noted, there is a deep and dark connection between sex trafficking and the abortion industry from which abortionists financially profit.

“Of greatest concern is the removal of the most important condition in any state, foreign operations bill that no funds can be used to pay for abortion,” said Rep. Hal Rogers (R-Ky). “The removal of that language is unprecedented.”

Pro-abortion House members celebrated the approval of the bill. “I am especially proud to have fought for the elimination of Helms Amendment restrictions that have prohibited safe abortion and health care services for people in low-income countries for decades,” said Rep. Barbara Lee (D-Calif.) in a statement.

Rep. Jan Schakowsky (D-Ill.), author of the Abortion is Healthcare Everywhere Act, (which would permanently repeal the Helms Amendment) also praised the vote. “[T]his is a moment, I think, for women — and that is a sense of empowerment at home and abroad that women are standing up and demanding in many arenas to have more rights but particularly to make these very personal decisions about themselves.”

With 77% of Americans in support of the Helms Amendment, this isn’t a cause for celebration or feelings of empowerment as hardworking Americans can now expect their taxes to pay for abortions overseas against their wishes.

In March, the American Rescue Plan Act, in response to COVID-19, was also missing the Helms Amendment, allocating $500 million in humanitarian response activities for migrants and refugees by the United Nations without the protections put in place to prevent the UN from using that money to pay for abortions.

With the repeal of the Helms Amendment, pro-life nations have lost a strong advocate in the United States. Obianuju Ekeocha, the founder of Culture of Life Africa, has argued that funding abortion in foreign nations is ideological neo-colonization, not compassionate care.