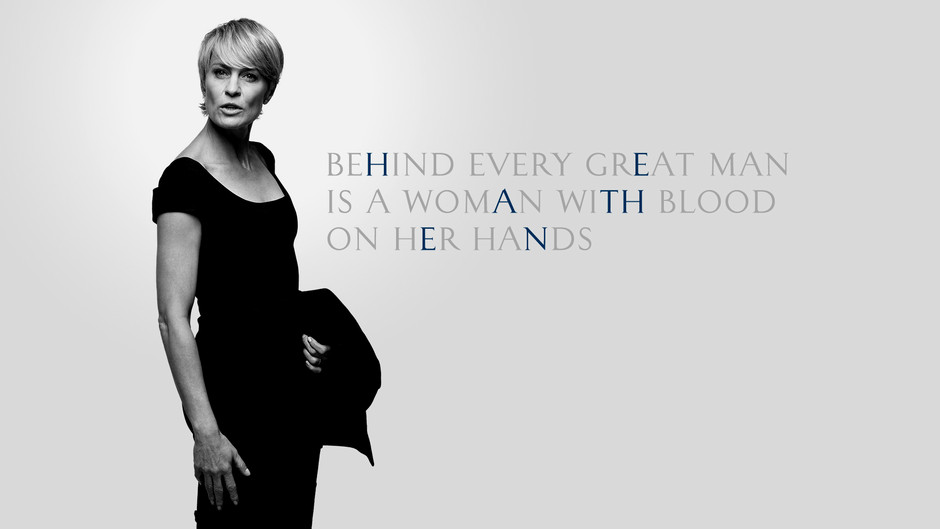 As previously covered by Rebecca Downs, pro-abortion rights talking points have appeared in the opening episodes of House of Cards’ fourth season. Within a fictitious U.S. government fueled by deception so cruel it could make Machiavelli wince, President Frank Underwood and First Lady Claire Underwood are in a schism, and both hail the funding of Planned Parenthood not truly for women’s health, but for the sake of their power grabs against each other.

I don’t fault the Netflix original series for this, because it’s a revealing work of art. In a story where even adult lives are secretly sacrificed for political gain, it’s no surprise that abortion and its affiliates are recurring plot elements.

Claire – who looks suspiciously modeled after Planned Parenthood President Cecile Richards in her power ensemble of platinum pixie hairdo, envelope necklines, and Texan Democrat upbringing – had three abortions in order to keep her and her husband’s political ambitions unencumbered. In the first season, she struggles with this bereavement as she approaches menopause, and begins consulting fertility specialists for hope. The fertility doctor informs her that the past abortions will make it more difficult for her to conceive, which is accurate counsel.

Claire finally abandons the yearning to fulfill motherhood and focuses instead on her political and humanitarian ambitions. When questioned about her barrenness in an interview, she confesses it is by choice. Claire admits to having an abortion, but links it to when she was raped in college instead of her marriage. This is because she has been advised that the American people would be appalled at the then-presumptive Vice President and Second Lady being a couple who chose to abort a child for convenience, not to mention three children. She’s aware admission of abortion due to rape is disturbing enough, but it seems more pardonable.

It’s interesting to note that even in the morally bankrupt universe of House of Cards, Americans are presumably a more pro-life citizenry, which is a nuisance to the Underwoods, who like real world politicians Bernie Sanders and Hillary Clinton must construe critics of abortion and Planned Parenthood as being anti-women’s health to earn approval.

Tactfully graceful but quickly cold and ruthless, in the show’s second season Claire threatens a fired pregnant employee’s healthcare if she doesn’t drop a lawsuit, saying point blank, “I’m willing to let your child wither and die inside you if that’s what’s required.” She knows it’s a child, as were her own unborn children. Like her husband, Claire is simply being philosophically consistent: if human life has no inherent value and dignity, but rather is only valuable relative to your desires and choice, then control its existence as needed. Recall Frank’s opening line of the series as he puts an injured dog out of its misery: I have no patience for useless things.

This is the essence of the Culture of Death, which of course never openly cites death. It masquerades as liberty.

I had this great fear before I had a child that having a baby would make it impossible to keep working or deplete my creative energy or marginalize me in some way. And I wish somebody had said, “No, no, no it’s actually just the opposite. It changes everything and then you have a whole new world to write from.