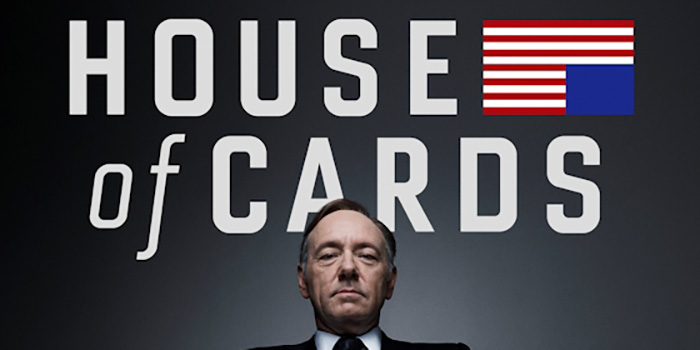 The hit Netflix series House of Cards is continuing its pro-abortion propaganda in its recently released fourth season.

This season – specifically within the first few episodes – has gone out of its way to praise Planned Parenthood. House of Cards joins other television shows, across networks, in its near obsessive focus of reminding viewers how apparently necessary or even pleasant the nation’s largest abortion chain is. The information spouted is both false and misleading.

Claire Underwood, the wife of main character, Frank Underwood, brings up an idea in Episode 1. She wants to have Planned Parenthood get involved in the breast cancer screenings at a VA hospital to be opened to the public in Texas. Vulture.com, in their recap, mentions Claire’s entire idea as being “particularly improbable.”

Vulture.com is merely providing a recap. But the point is a true one: Underwood’s idea is indeed “improbable.” First of all, Planned Parenthood only offers referrals to breast cancer screenings. Despite president Cecile Richard’s lie to the contrary, Planned Parenthood has not and does not perform mammograms – the best type of breast cancer screening available to women.

It is also unthinkable to muddle up services for veterans by bringing Planned Parenthood to a VA hospital, when the group continues as the nation’s largest abortion chain and often takes offensive political positions.

Episode 2 wades deeper into the falsehoods when it comes to Planned Parenthood’s non-existent mammogram services— because that’s what its supporters need to do to sell how wonderful it is(n’t). House of Cards even has Frank Underwood, President of the United States, spouting the deception. House of Cards attempts to present this deceit as truth to viewers.

During a State of the Union address, Frank also discusses this breast cancer clinic, calling it a “bold plan,” which a congresswoman has been “fighting for for the past decade.” Frank touts this plan as one which will “significantly increase successful diagnoses, treatment through education, screenings, and affordable care.”

The line is met with much applause. Frank then criticizes those who “don’t want to see government funds going to Planned Parenthood.” Frank promises to work on its opening, claiming it “will save lives.” The audience stands and cheers, as Frank claims “that is the sort of leadership the American people want.”

Again, Planned Parenthood does not provide mammogram services or screenings; it merely refers them to other centers – surely one of which could be chosen instead of PP to operate alongside the VA hospital.

Claire’s engagement in the political ploy about Planned Parenthood is hardly shocking. This is a character who’s had two abortions, one at 16 weeks, just because she didn’t wish to be pregnant. This is a character who also thought about getting pregnant to blackmail a pregnant employee, whom she felt was a threat and an opponent. On national television, she deflected from her abortion by changing the subject and going into detail about a rape she had experienced, which did not cause the pregnancy.

I can’t stand by and watch a show which praises not only lies and backstabbing, but also excuses abortion in every way possible. I gave up on the show back in Season 2. From the lies that continue to be propagated, it sounds like I made the right choice back then. I can only handle pro-abortion propaganda so long, even in a critically acclaimed television show.