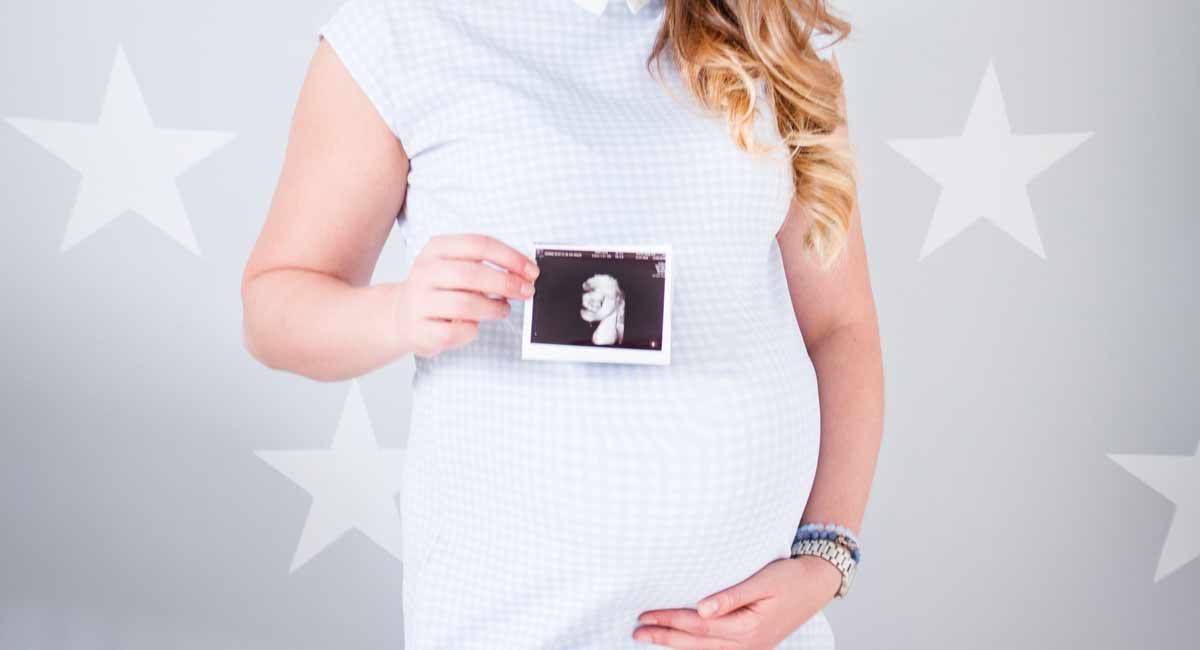 (Pregnancy Help News) – Renee was alone and scared when she became pregnant with “Maggie” at age 17 almost a decade ago. Her boyfriend had broken up with her, and she knew that her religious parents would never approve of having an unwed pregnant teen daughter.

“I was hoping that it was something that I could sweep under the rug and nobody would find out about it,” Renee said. “And I could go back to my life and nobody would judge me for being pregnant at 17 and still going to church on Sunday morning.”

When the nurse at the center confirmed that Renee was pregnant—10 weeks along, in fact—she showed Renee a model of what her baby Maggie, looked like at that stage.

“I just remember looking at this mold and seeing the eyes and the mouth and the hands and the feet and the legs and thinking this was not a clump of cells anymore,” Renee said. “And that there was this little baby inside of me and I was already a mom whether I wanted to be or not.”

The nurse gave Renee information on parenting classes, but Renee was too ashamed to admit that she was considering abortion.

Still, the Lord led Renee in a different direction.

When Renee’s parents found out she was pregnant, planning on keeping the baby and raising the baby on her own, she became homeless. Renee’s life had changed even more dramatically.

For the next six weeks, Renee lived out of her car. To support herself and Maggie, she dropped out of school and worked a handful of jobs at a range of businesses—including an ice cream truck, greenhouse, and pet store— and performing odd jobs such as house cleaning.

Many times, she would sleep in the parking lots of 24-hour businesses such as Walmart. There, Renee felt safe knowing she wouldn’t be the only person in the parking lot. But that all changed when her aunt found out what was going on and invited Renee to live with her.

Still focused on providing for her growing baby, Renee attended church with her aunt and one of her friends, but only in order to earn points at the Baby Boutique for material resources to raise Maggie.

“When I had my daughter and the parenting classes were over, the Lord brought me to my knees and made it very clear to me that no matter how many parenting classes I took, I could not do this on my own,” Renee said.

Fortified by her renewed faith, Renee’s hard work paid off. She reconciled with her parents and used the money she had earned to buy their house from them. Not only that, Renee began attending her old church again. She prayed about how to use her experience to glorify God and remembered the love she felt at the pregnancy center.

READ: Faith chose life for her son thanks to a pregnancy resource center

Inspired by that love, Renee decided to pursue a sonography degree at Owens Community College to become an ultrasound technician and about two years ago, did her shadowing at the Pregnancy Center of Greater Toledo—the center where she not only saved her daughter Maggie’s life, but also found her own personal calling.

Now that Maggie is seven years old and Renee is a year away from college graduation, she hopes to provide ultrasound services at the Pregnancy Center of Greater Toledo as a volunteer and even start a pregnancy center of her own one day.

“I decided to go back to school and become an ultrasound technician so that I could work in an environment like the Pregnancy Center and share the Lord’s grace with other women who were in the same situation as me,” Renee said. “And maybe reach out to that 17-year-old little girl who was pregnant and didn’t know what to do and really preach the Lord’s blessings to her.”

Editor’s Note: This article originally appeared at Pregnancy Help News on July 17, 2018, and is reprinted here with permission.