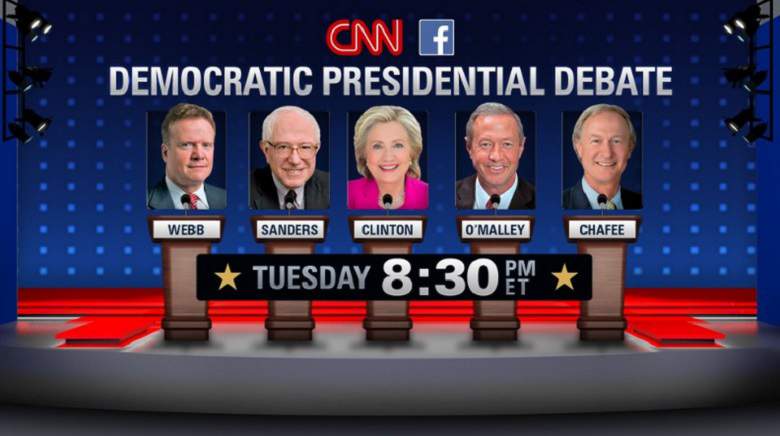 First, moderator Anderson Cooper pressed Chafee on his former identification as a Republican, to which Chafee responded, “I have not changed on the issues. I was a liberal Republican, then I was an independent, and now I’m a proud Democrat.”

He cited his record in favor of “a woman’s right to choose” (Chafee has won numerous 100% ratings from Planned Parenthood and NARAL over the years) as among the reasons voters should consider him “a block of granite when it comes to the issues.”

Later on, Clinton accused Republicans of being hypocritical in being pro-life, yet favoring reduced government intervention in other issues. “They don’t mind having big government to interfere with a woman’s right to choose and to take down Planned Parenthood,” she said.

Clinton’s record is 100% pro-abortion, including opposition to banning partial-birth abortion and recognizing preborn babies as second victims in violent crimes against their mothers.

The former First Lady and senator also emphasized her status as “the grandmother of a wonderful one-year-old child,” and framed her campaign as a mission to help “all of our children” “live up to his or her God-given potential.”

Live Action News has previously covered the inconsistency of the Clintons commenting on the “wantedness” of Chelsea Clinton’s baby,  while supporting the abortion of babies whose mothers do not want them.

Sanders, Webb, and O’Malley are all 100% pro-abortion, as well, according to Planned Parenthood and NARAL.