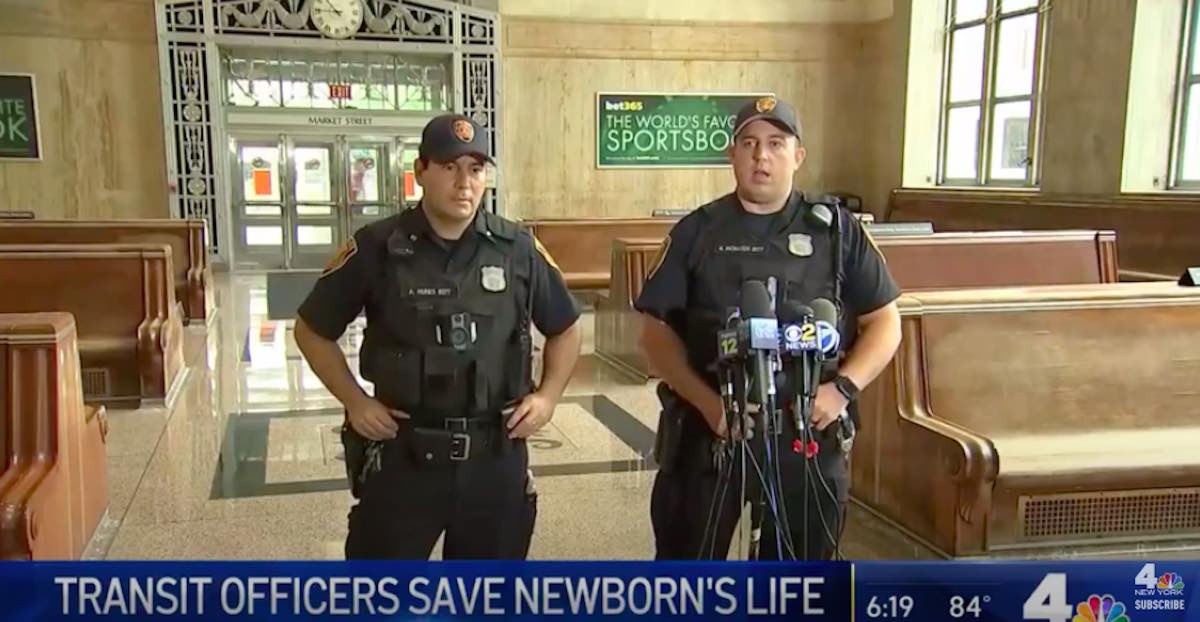 One New Jersey baby girl’s birth certificate is going to list a unique location for place of birth: a New Jersey train station. The little girl was born on July 14, 2020, around 10:00 am in a bathroom stall at Newark’s busy Penn Station.

A bodycam video of a New Jersey transit officer shows the remarkable series of events following the girl’s birth:

The jaw-dropping video opens with several officers approaching the little girl’s mother, who is standing in a bathroom stall. At first, the officer radios to someone, “It’s not a baby,” apparently thinking that the mother had not yet given birth. However, the woman then says something (redacted for privacy), and shows the officers a newborn wrapped in some kind of blanket or jacket, to which the surprised officer responds with an expletive.

According to the video narration, the baby girl was “unresponsive, not breathing and grayish in color.”

READ: ‘Someone here wants you’: Women rescue and sing to newborn left in a dumpster

Officer Bryan Richards, who was previously an EMT, immediately took the girl to the closest sink and began chest compressions. Officer Richards initially called for emergency personnel, but quickly changed his mind, deciding to transport the baby to a nearby hospital himself.

Just as they arrive at the hospital, the baby finally starts crying. The video closes with Officer Richards carrying the crying baby through the doors of the emergency room at the hospital. According to news reports, the baby girl and her mother are now “doing well.”

Editor’s Note, 7/30/20: An earlier version of this article misstated the birth date of the newborn baby girl. This has been corrected.