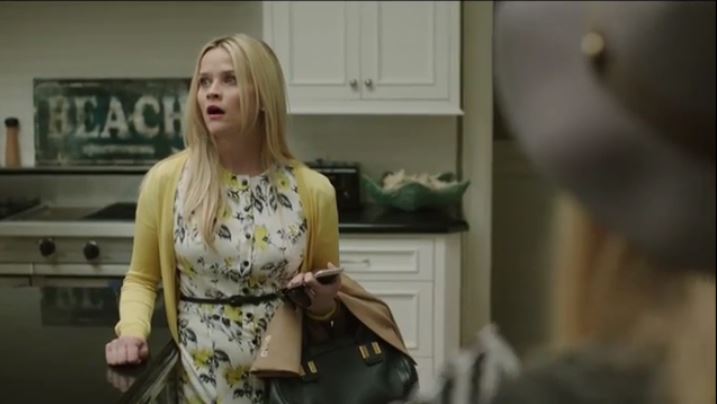 The HBO miniseries Big Little Lies stars some pretty big names in Hollywood, including Reese Witherspoon. Surprisingly, on the episode which aired February 26, the show exposed a big problem that exists right now at clinics such as Planned Parenthood and the laws that surround our children.

Witherspoon’s character Madeline Mackenzie is divorced and she and her ex-husband are both remarried. Together, they have a teenage daughter, Abigail. The ex-husband’s new wife, Bonnie Carlson (played by Zoe Kravitz), is quite different from Madeline. Since they are both influences in Abigail’s life, this is causing obvious tensions.

However, things took a turn for the worst in the recent episode when Abigail accidently dropped birth control pills out of her bag in front of her mother. Madeline’s reaction is both realistic but shocking, since it’s HBO.

Madeline: You are 16 years old. Where did you get them?

Abigail: From a doctor.

Madeline: Dr. Ennis? She wrote you a prescription without calling me?

Abigail: Not her. I went to Planned Parenthood. Please don’t make a big deal about this. I’m not sexually active, okay?

Madeline: Who took you there?

Madeline: Planned Parenthood. Did you take a car, an Uber? Did somebody give you a ride? It’s in Seaside. How did you get there?

The camera then cuts to Madeline confronting Bonnie at school drop off.

Madeline: […] when it comes to my daughter’s social recreational life, particularly as it concerns medications that will permanently affect her reproductive organs, will you just kick that little can of worms over to me? Do you understand?

In the next scene, Madeline can be seen talking to herself angerly saying, “Don’t give my daughter… That’s my daughter. Next time you wanna do something– why don’t I take your daughter? Your daughter? Do whatever you want to her.”

Two pretty big points are made in these brief scenes.

Birth Control is Not a Game

The first is that Hollywood actually acknowledged that birth control is not a game. It has serious, long-term health complications that change a woman’s life forever — including taking on the risk of heart attack, stroke, blood clots, fertility problems, and depression.

Putting a child on birth control when she is too young to fully understand the consequences of her actions is not to be taken lightly. Sidebar to that point is the realization that Planned Parenthood has positioned itself into our children’s lives by cementing their presence and agenda in public schools around the country. They interrupt children’s natural latency period to discuss and support the public discussion of sexual matters that are out of the realm of children — even as young as Kindergarten — in order to get children to distance themselves from their own parents and instead, turn to Planned Parenthood for advice. That advice is, of course: buy our birth control and come get an abortion when it fails.

Second, young girls across the country like Abigail are being brought to Planned Parenthood to get birth control by someone other than their parent. And it isn’t just birth control they are getting. They are also given abortions without a parent’s knowledge or consent. The major problems with this are that if something were to go wrong — as in one of the many side effects of birth control such as a blood clot or an IUD relocating to a different part of the body — a parent should be fully aware of what is happening to their child so they can communicate with emergency personnel. The person who brought the child to Planned Parenthood, be it a step-parent or the mother of a friend, has less knowledge of the child and her medical health history, spends less time with her, and is also not the person who is going to have to pick up the pieces if the young girl were to become sterile or otherwise damaged from birth control.

When Parents Aren’t Involved, Minors Can be Subject to Repeated Abuse

Another major problem with Planned Parenthood fighting against parental consent laws or bypassing laws altogether is that the person bringing a young girl in for birth control or an abortion could very likely be a sexual predator. The girl could be a sex trafficking victim or the victim of sexual abuse at the hands of her teacher, coach, or step-father. It’s something that has occurred at Planned Parenthood numerous times. An abuser brings his victim in for birth control or an abortion, only to take her back and abuse her again. Planned Parenthood has allegedly failed to report child sexual abuse in at least seven states.

One such case in Denver involved a 13-year-old girl who was brought to Planned Parenthood for an abortion and birth control by her step-father and rapist. The staff never asked the girl if she was being abused, despite the fact that she was only 13. They failed to contact law enforcement even though the much older man who brought her in had a different last name and that he left her to exit the clinic alone. Despite the clear fear she exhibited, Planned Parenthood also gave the minor girl a birth control injection.

A few months later, the girl finally told her mother about the abuse, and the mother learned about the abortion and birth control. She sued Planned Parenthood and contacted authorities. The step-father was arrested.

Planned Parenthood has also been caught covering up child sex trafficking in multiple states. One manager in New Jersey went as far as to instruct a man and woman posing as sex traffickers on how to get abortions and birth control for underage sex slaves without being caught.

“If they’re a minor, just tell them to put down that they’re students,” she says, “For the most part, we want as little information as possible.”

The Truth About Planned Parenthood’s Agenda

What Big Little Lies did in this one brief portion of an episode with Madeline, Abigail, and Bonnie was open the door to the truth about how Planned Parenthood operates. Big Little Lies told the truth about how Planned Parenthood’s agenda breaks apart the family bond between parents and children and tears down the family in order to get girls into their clinics to buy their products of birth control and abortion.

Our children’s lives are a marketing tactic for Planned Parenthood and it’s about time someone in Hollywood pointed it out.