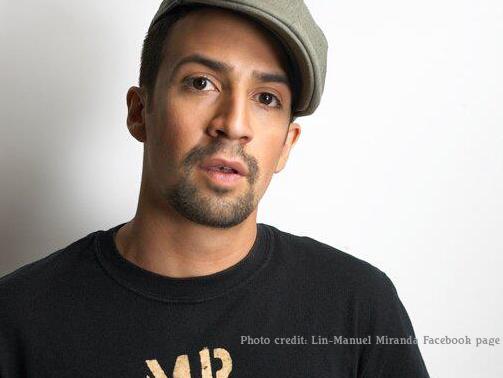 For the third time this year, we’re giving away a trip to Hamilton. First we did New York. Then we did Chicago. Now I guess we could do the upcoming San Francisco show, but here’s another idea… let’s do all three!

Yep, if you win, we’ll fly you and a friend to all three cities next year to see all three productions AND you’ll get backstage meet-ups with the cast.

Miranda does not mention Planned Parenthood’s over 300,000 annual abortions, its lawbreaking, or its abuse of women. Instead, he claims that it “was founded on the revolutionary idea that women should have the information and care they need to live strong, healthy lives and fulfill their dreams — no ceilings, no limits.”

Additionally, according to Miranda:

Miranda also told The Daily Beast about his support for America’s largest abortion chain. He described Planned Parenthood as “an organization that’s really saved lives time and again. The thing it’s controversial for [abortion] is a very small part of the health services it provides…”

Yet despite Miranda’s assertion that the abortion chain is necessary for women’s health, Planned Parenthood only provides a very small portion of true healthcare services (and is outnumbered by comprehensive health care clinics 20-1). Pregnancy Resource Centers, which provide support to women in crisis pregnancies, also outnumber Planned Parenthood locations about five to one.

Based on national abortion data, Planned Parenthood performs less than 2 percent of all cancer screenings for women, even less pap tests, and zero mammograms, as detailed in the data below:

Planned Parenthood’s U.S. market share for clinical breast exams is 1.8%.  It performed 363,803 exams in fiscal year 2014-15, out of 20 million exams nationwide.  Source.  (Note:  These are physical exams, not mammograms.  Planned Parenthood does not perform mammograms.)

Planned Parenthood aborts 160 children for every one child it refers out for adoption.  Source.

Miranda may simply be ignorant about the falseness behind the “three percent” claim by Planned Parenthood (that 97 percent of what it does isn’t abortions), but Live Action News, Washington Post, and even FactCheck.org readers know better. The video below illustrates the real statistics.

Planned Parenthood’s shaky accounting practices disprove the idea that abortion “is a very small part” of what the organization does. It also receives tens of millions of taxpayer dollars to hand out contraceptives, some of which double as abortion-inducing drugs and devices.

For Miranda to support Planned Parenthood is to ignore the realities of what has been shown by the “3% Abortion Myth” and other facts that undermine Planned Parenthood’s self-description as a ‘women’s health’ organization — a group that prefers abortion over adoption 160 to 1. With criminal referrals from Congress and states finding illegalities left and right, Miranda’s intended audience ought to spend their money anywhere but at America’s largest abortion company.