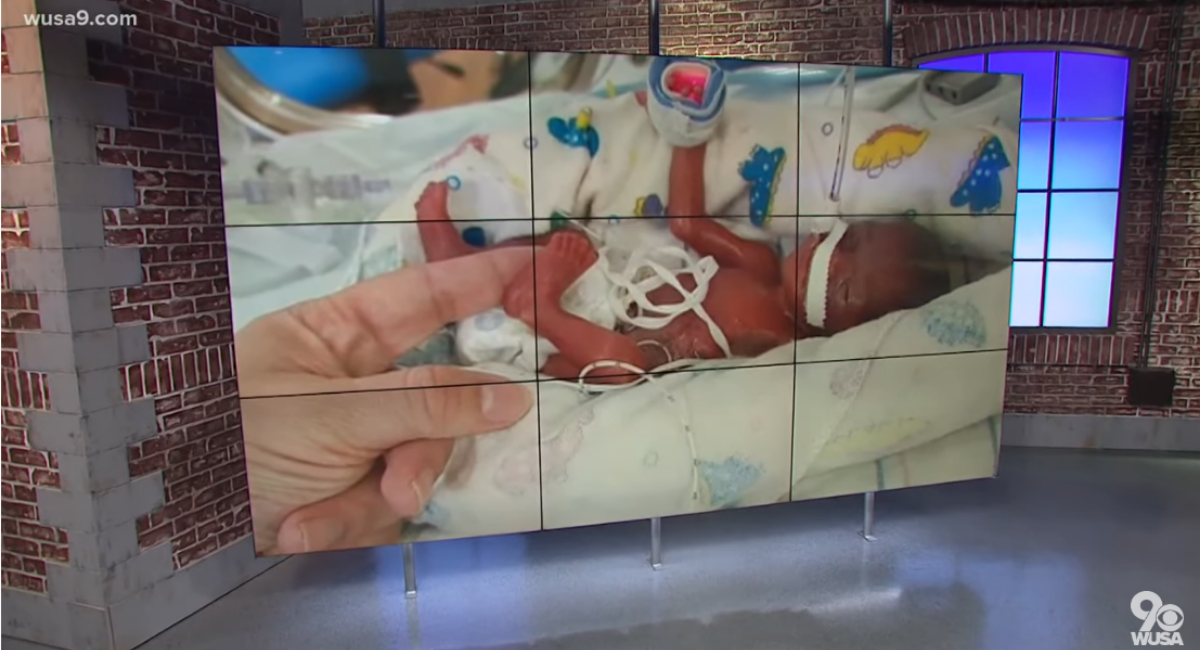 A micro-preemie who weighed less than a pound is expected to go home within a few weeks. Baby Heaven was born at 23 weeks, weighing just 280 grams — barely over half a pound.

Today, Heaven weighs four pounds and is eating well. It’s a huge accomplishment for the smallest baby to ever survive at Holy Cross. “She isn’t even at her due date yet, so if we were to continue to think her mom was still pregnant, Heaven isn’t really due for another two weeks,” Hino said. “The stethoscope is almost the size of her chest she was so small.”

Five years earlier, Hino treated Heaven’s mother when her first baby, Sky, was born at 25 weeks — premature, but considered past the point of “viability.” And within a short amount of time, the survival rates for micro-preemies like Heaven have skyrocketed. Twenty-four weeks used to be considered the cut-off rate for hospitals to give treatment to preemies, but today, babies as young as 21 weeks can survive. The difference often comes down to whether physicians give the premature infants active care, as opposed to just comfort or palliative care.

“We’ve even started pushing it back to below 23 weeks, like 22 weeks and five days,” Hino said. “If you had told me that 10 years ago, I would have been like, no way.”

“It’s not something that I wish for anyone but I just feel like I was built for this, and I just always try to be strong and always continue to be strong because if I’m not strong, the babies can’t be strong,” Heaven’s mom, who didn’t want to give her name, told WUSA9. “I believe she’s going to continue to be very strong, very resilient. And I know her future ahead of her is going to be great.”